Shades of Belonging: Presence in Absence by Anurag Banerjee

Anurag Banerjee documents his relationship with his hometown in Shillong, and how it has evolved over the years. 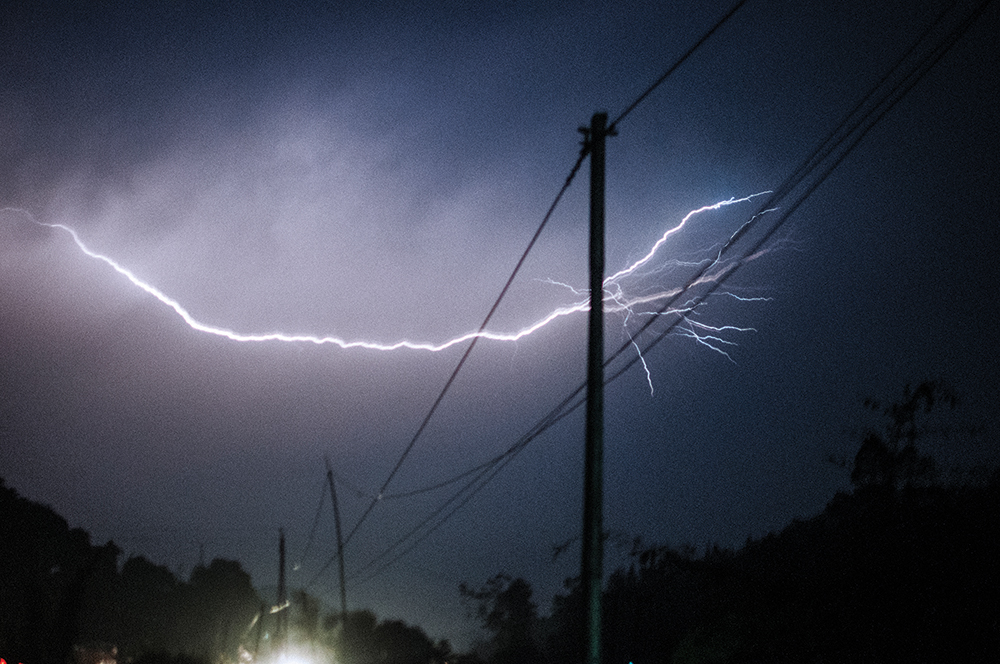 The portrayal of absence is almost always interjected by a deep sense of loss, regret or melancholy. No matter how much we try to disguise this void, it’s always there lingering in the periphery of our consciousness. But for Anurag Banerjee, absence is not a state of dejection, but one of love and sentimentality, and the yearning for a time and space that has long since passed.

Up until about eight years ago, Anurag had spent his entire life amongst the placid landscapes of Shillong. Since then, he has been making periodic visits, spending time with his parents and his beloved dog Snowy, named after the famous terrier in Tintin. “It was during these trips that I noticed how I had gradually transitioned from being a resident of my home to becoming a visitor,” he said.

It was in 2014 that he decided to pick up the camera to make sense of this shift, and the subsequent feelings attached with it. “I wasn’t thinking of anything in particular, and shot whatever I wanted. But after a while I realised that I was subconsciously imitating photographs that I had already seen. So I deleted everything that I had shot and started all over again. It was important that my pictures reflected how I felt about home and its absence in my life, and not based on how others represented the same theme. My work did not need this forced layer of sadness or pity.” 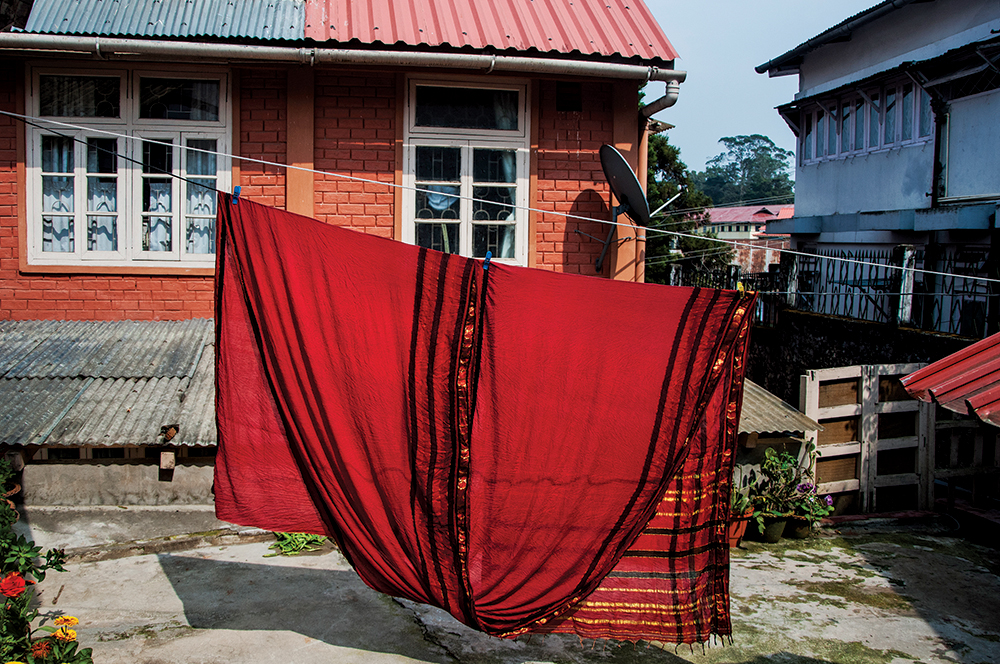 In I’m Not Here, the photographs are conjured from memories from within and outside Anurag’s home in Shillong. “At home, I go through my study table flipping through my old notebooks, at times running a finger over the aged ink. I find myself trying to remember what it felt like to obediently write those words down as the teacher dictated them. I try and indulge in as much of the prevalent silence of Shillong as I can… In an attempt to acknowledge the startling difference between life in Shillong and life in the big city, I stop dead in my tracks sometimes, and look up at the sky; vast, sprawling, often complete with breathtaking cloudscapes. At times, getting conscious of how long I have been staring, I let out a chuckle, almost mocking myself to have forgotten that I grew up with them. While at home, when I am not playing with Snowy, I aimlessly stroll along the corridors, appreciating the wooden floors, trying to memorise every crack and scratch,” he reminisces.

The lack of physical proximity towards his subjects has always inhabited Anurag’s work, seen in his much talked about Love in Bombay series. However, in I’m Not Here, we see him gradually shifting (though not entirely) away from this. There came a point where he sold off most of his gear, and what remained was a 50mm lens. “Fewer variables allowed me to focus on what’s most important,” he said. Shooting in the vertical format allowed him to do just that. “I also moved away from being too clinical and methodical with how I wanted to visually illustrate what I felt. My parents became collaborators too. Dad often suggested places for me to shoot at, and mom accompanied us.” 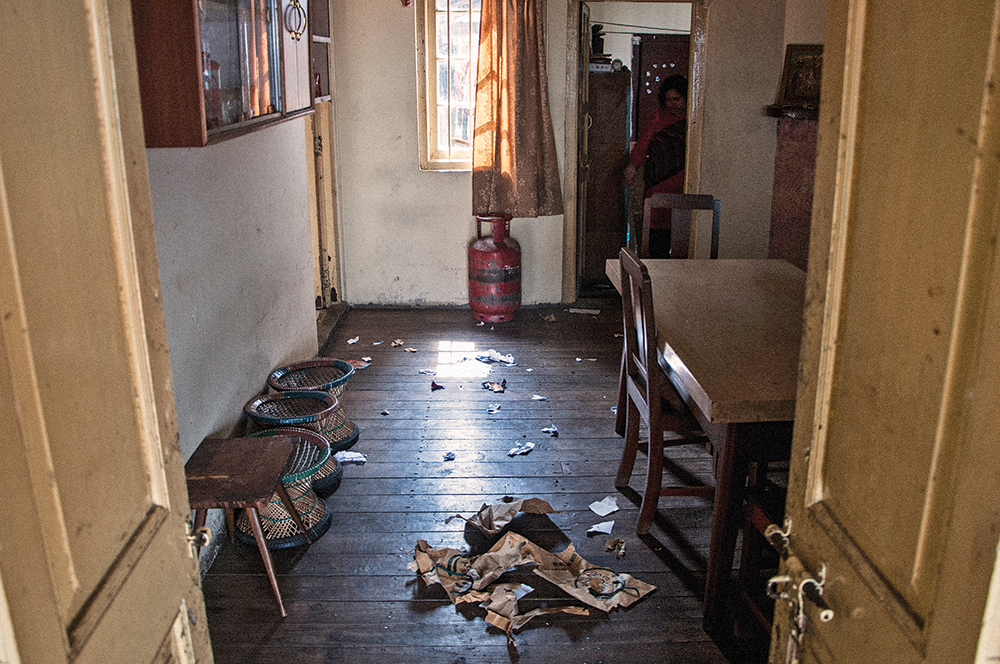 However, it’s the moody, serene landscapes of Shillong, and the headiness that it imparts that transforms I am Not Here from being another documentation of daily life at home. It’s where one feels Anurag’s longing the most… In the paths that he often treaded on as a child, in the mornings rendered hazy by fog, and in the transformative power of the rains and its ability to invoke memories from the past.

In conclusion, Anurag references Milan Kundera, one of his favourite authors. “Remembering our past, carrying it around with us always, may be the necessary requirement for maintaining, as they say, the wholeness of the self. To ensure that the self doesn’t shrink, to see that it holds on to its volume, memories have to be watered like potted flowers, and the watering calls for regular contact with the witnesses of the past, that is to say, with friends. They are our mirror; our memory; we ask nothing of them but that they polish the mirror from time to time so we can look at ourselves in it.”

Anurag Banerjee is based in Bombay. His work has been published in The Caravan, The Indian Quarterly and The Hindu. He is currently working towards turning Love in Bombay into a book. Jerry Pinto, Rohinton Mistry, and Albert Camus are some of his favourite authors. You can find him on Instagram @banerjee.anurag. 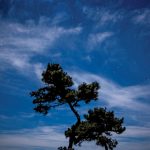 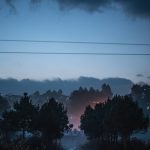 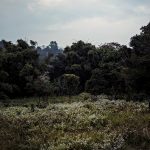 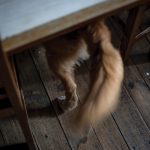 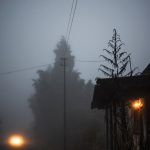 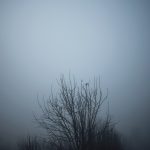 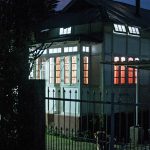 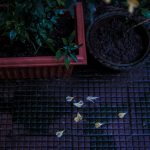