For over eight years, Raj Lalwani has been looking inwards at his own family, to bring clarity to the contradictions of his own existence. 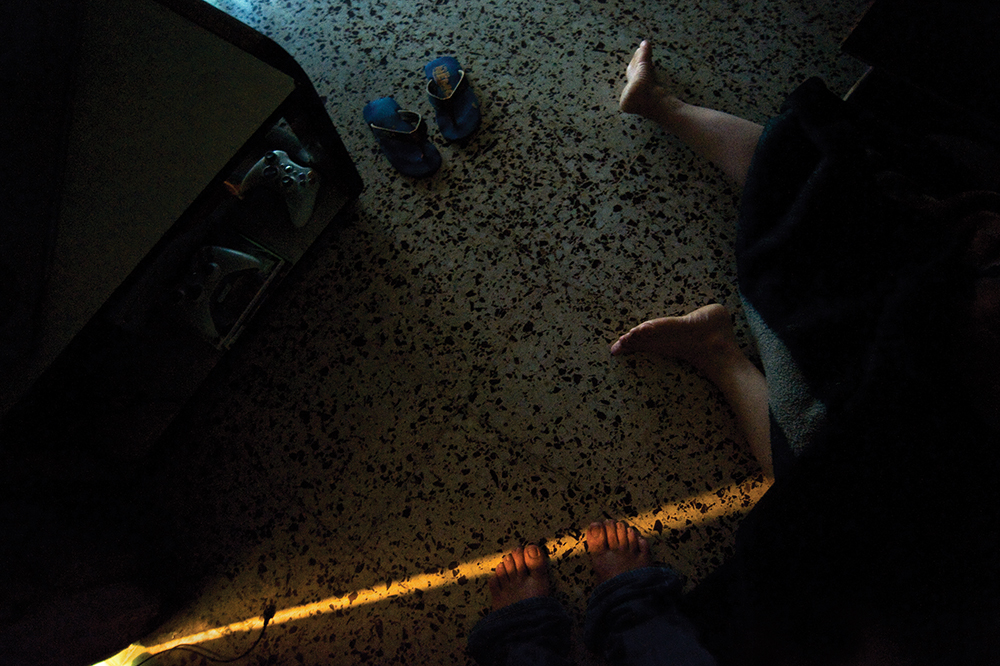 The camera is as much a tool to question and examine the things that elude us, as it is a recorder of transient fragments of time. And yet, many of us choose to look for answers outside the boundaries of our familiar surroundings. We find the unknown more promising and enticing. Whether this is subconscious or deliberate, it is probably because of the fear of what we may discover amongst our own. Why is it so often that we forget to look in the places that have had a hand in our being? Raj Lalwani’s photographs are a window into a world that is his own, and yet, mirror the hope and vulnerability of those around him. “My work is not meant to be a document of all that has happened in my house in the past eight years. It is not meant to be a narrative of what a joint family in a privileged part of old-world Bombay goes through. It is not meant to be a record, a memory, an archive. It is only a personal emotional response to the way I feel. My grandfather, seen through the gaps in the wall, my mother, seen through the balloons—my picturemaking, for me, is using metaphor to allude, rather than to tell.”

A dilapidated bungalow called Jasmet has been the backdrop to a lot of the images that Raj has shot. It is home to several members of the family, but only a few individuals make transitory appearances throughout the series. They appear in the form of bodily gestures, or in the objects that exude their presence. They are mostly oblivious or indifferent to the camera’s gaze, from having seen it and the person wielding it an incalculable number of times. Sometimes, recognition does strike, but mostly, they seem to prefer to melt into the walls, or in the humdrum of their existence, or even disappear into the capricious light and shadows of the house. “They have always wondered why I was shooting the way I was. Why were these photographs not conforming to the typical ideas that they had of a family album? After all these years, when they see some photos, they shrug, and nod, and smile. They see that this is the way I see. And they probably see why,” he said. 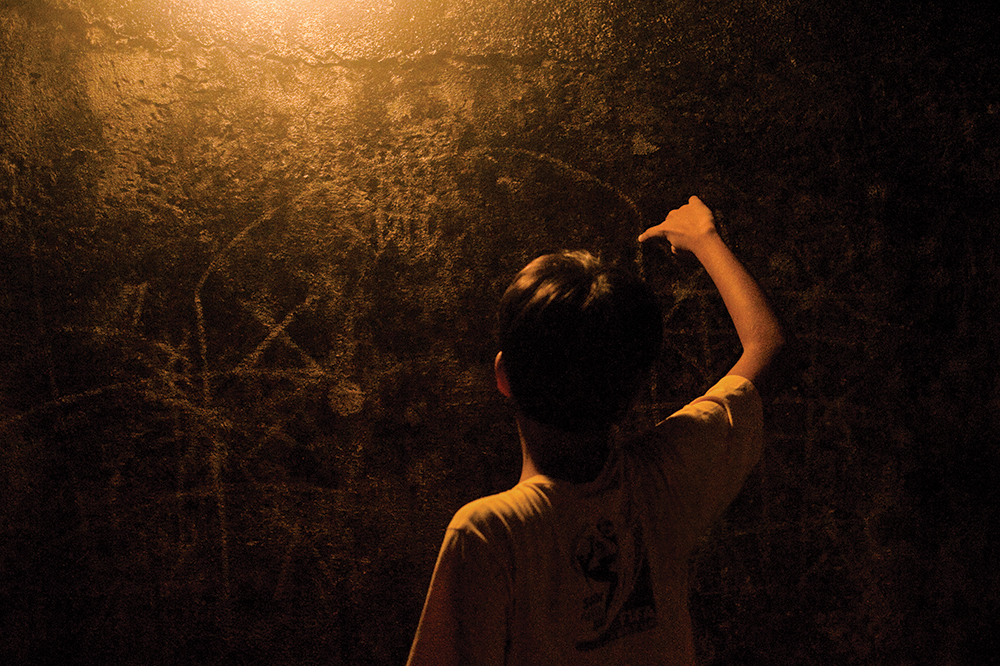 According to him, his approach towards photographing his family has been a fine balancing act between affection and the concealment of what he fears might be judged. “I will leave lizards on a wall and chipped paint. But my grandmother will always have her most flattering side facing the camera. The light is always foreboding, but the way my mother looks at the camera, perfectly combed hair in a nightie, with a fragile sense of beauty that is within her domesticity and her lived reality, to shoot that, and more importantly, to show that, is not an easy decision, as a photographer and son,” he says.

Though the house has been the harbourer of several beginnings and endings for its residents, the time may have come for its own conclusion. “There is a certain amount of catharsis in the process of making these images, especially in the knowledge that the circumstances they are being made in, are slipping away. The joints in the family were always rusted, but over the past few years, they have broken, and broken down. I, for one, will be thrilled when we eventually close this chapter and move away. That will be the day when I stop photographing this work. And that will start the next journey, of stringing together these pages into a book.” 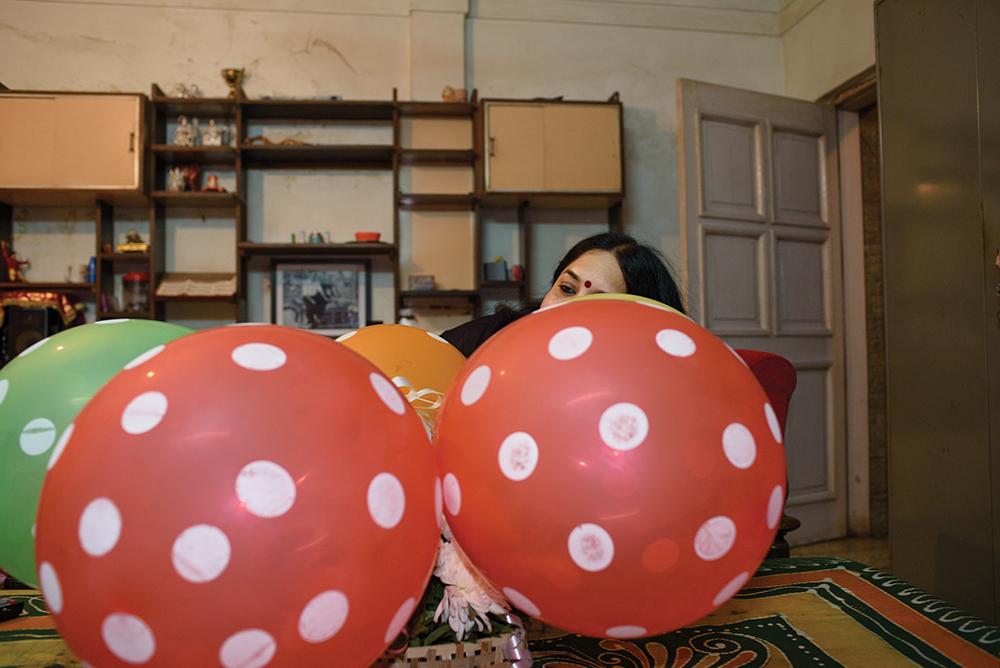 But while it’s still around, the house continues to churn out things from its cavernous depths, offering yet another piece of the puzzle that would enable Raj to make sense of the chaos in him. “When you keep doing something for really long, you often forget that you are doing it. And that brings about incredible things. When you do not have a bigger picture in mind, when you are responding intuitively, you manage to retain a certain sense of honesty. And when you work on something over the years, the sheer process of repetition ends up being like a constant digging of the ground, a constant pecking of wood, that eventually lets you go deep within. It’s like a scab that you keep picking on, skin that you keep peeling off, waiting to see what your wound finally looks like.”

Raj Lalwani (www.rajlalwani.com) is a photographer whose practice hovers around recurring motifs of memory and hesitation. In April 2018, doc! photo and Blow Up Press named him as one of the 20 best emerging photographers in the world. Raj lives in Bombay, not Mumbai. Most of the time though, he lives in his head. 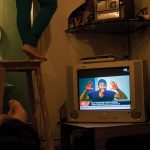 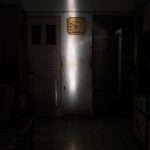 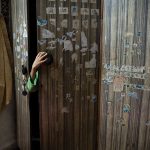 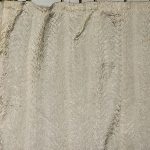