Prashanth has always seen and photographed in colour, which he thinks is much more complicated than shooting in black and white. Photograph/Prashanth Vishwanathan

While in conversation with Prashanth Vishwanathan, Conchita Fernandes finds out how his images breathe life into the different vistas of India.

Sometimes, the best things in life come in the form of unexpected packages. You don’t actively seek it, but the moment eventually comes around and envelops you. Prashanth Vishwanathan too, shares a similar story.

In 2006, when he was interning in the Sales department at Reuters, he happened to stumble upon the agency’s photography unit. He describes the moment as being mesmerised by all the photographs in front of him.

Learning From the Best
Later, at the end of the internship, Prashanth decided to take a bold step. Instead of looking for a job, he picked up a camera.

He realised the importance of learning from the best early on, and so, he made sure to attend workshops by the likes of David Alan Harvey and Swapan Parekh. He also trained under several senior photographers like Arko Datta, and it wasn’t long before he realised that this was the profession for him. “18 months later, I joined as a stringer for Reuters wire service, and have been freelancing since then,” he says. Apart from this, he also actively contributes to Time, Newsweek, The New York Times, International Herald Tribune and several other publications. According to him, a memorable photograph is one that freezes the ever fleeting moment, which is then chiselled with an artistic eye, and later filtered through the experiences and motivations of the photographer. Photograph/Prashanth Vishwanathan

His Third Eye
When he is not shooting for assignments, Prashanth prefers documenting the daily back and forth of life in the various cities in India. Since he travels 10–15 days a month, he finds himself drawn towards the unexpectedness of everyday life.

The cellphone, he mentions, allows him to easily merge with the crowd. “As a street photographer and a photojournalist, one wishes to be invisible so as not to disturb the subjects and the surroundings. Cellphones are small and people don’t take you seriously. Fortunately, over the years, the quality of the camera on the device has improved drastically. So much so, that today, I carry my phone everywhere and shoot with it even on professional assignments.”

“When I started out, I really admired the work of Robert Capa and Henri Cartier- Bresson. But as my journey progressed, I discovered the works of Elliott Erwitt, James Nachtwey, Sebastião Salgado, and others. They have all influenced my work and how I shoot and. Among the Indian masters, I am deeply in love with the colour work of Raghubhir Singh.”

Planting the Seed
However, his interest in photography did not just spur from a chance encounter. His childhood had a lot to do with the way he makes pictures today. When asked how, he chose to quote Ansel Adams, “You don’t make a photograph just with a camera. You bring to the act of photography all the pictures you have seen, the books you have read, the music you have heard and the people you have loved.” To this he adds, “I have always been interested in the economic divide of man, his interaction with nature, and his disregard for human rights in the quest for development. I have to credit the Sri Sathya Sai Institute of Higher Learning, for instilling in me the principles of equality and harmony.”

Priceless Advice
One thing that Prashanth cherishes the most is a piece of advice given to him by Arko Datta, “While walking on the street, when you turn around and look at something twice, know that there is a potential there for a photograph.” And so, he keeps his eyes peeled for the faintest presence of irony, satire, humour, love or mystery, on the street.

A Little of Everything
What is really discernible about his cellphone work is its simplicity. Keeping in mind what he does for a living, I like that his pictures don’t scream of the run-of-the-mill journalistic work that most of us are used to seeing. In fact, there is a certain sobriety to his pictures, which do not intend to shock or provoke their viewers. Adding to this, his own commentary on the images, either in the form of interesting anecdotes or poetic verses, wraps it up perfectly.

“One should not avoid clichés. Shoot as much of it as you can, and get them out of your system. This will help you grow as a photographer.”

Accelerating Upward
In a span of almost a decade, Prashanth has traversed several exciting roads. In 2008, his photograph of the Mumbai attacks appeared on the cover of Newsweek magazine, a huge accomplishment for someone who just started out. He likes that the cellphone does not threaten or interfere with people or their emotions. Photograph/Prashanth Vishwanathan

However, as far as perfecting his style is concerned, he still thinks that he has a long way to go. “In the beginning, I took a while to understand what is it that I like to shoot, and shoot it well. The journey still continues, and I am still figuring out my subjects and my style. But I think I have progressed a bit in the journey.”

Tips on Making Everyday Photographs of Your City

About Prashanth Vishwanathan
His work focuses on documentary photography and includes events, weddings, political activism, visual sociology and news photojournalism. Some of his favourite movies are Turtles Can Fly, City of God and Taxi Driver. He is currently reading books by Reza Aslan, P Sainath and Amartya Sen. His all-time favourite television series are Twin Peaks, The X-Files and Breaking Bad 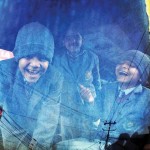 He used to use Snapseed to edit his photographs. But ever since Instagram was updated with editing tools, he prefers using it instead. Photograph/Prashanth Vishwanathan 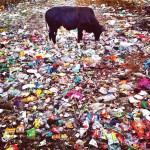 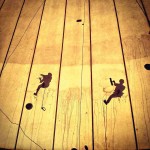 If given the option to choose between working on a series or a single image, Prashanth would prefer the latter. Photograph/Prashanth Vishwanathan 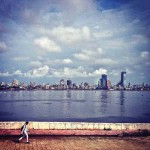 When asked whether he likes to photograph everything around him, he says, “I am generally photographing all the time with my eyes. When I take out my camera, be it the DSLR or cellphone, the edges of the frame have already started forming in my mind.” Photograph/Prashanth Vishwanathan 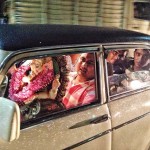 Prashanth thinks that the differences between street and documentary photography should be left to definitions in a dictionary. One does not need to ponder too much about the meaning of these terms. “On field, I am telling stories through the lens of my understanding and experience,” he says. Photograph/Prashanth Vishwanathan 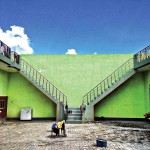 He is of the opinion that the content or the subject is the most important aspect of the image. On the other hand, the form and the technique should be hidden. Nevertheless, a good balance of both is necessary. Photograph/Prashanth Vishwanathan 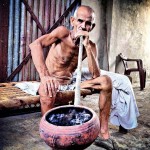 Prashanth uses the iPhone to shoot his cellphone work. Contrary to what most people say about the device not being important, he thinks that the phone matters, especially when it has to do with the final printing of images. Photograph/Prashanth Vishwanathan 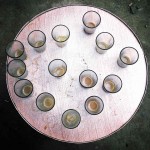 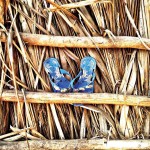 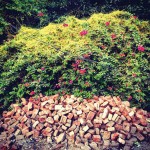 He does not have a favourite photograph. Instead, he leaves me with a quote by Imogen Cunningham, “Which of my photographs is my favourite? The one I’m going to take tomorrow.” Photograph/Prashanth Vishwanathan