Posing With Your Legs Most of Stacey’s photographs are shot either when she is on her way or returning from work or even during lunch break. Since she walks a great deal, she is constantly meeting women with great styles and shapes. Photograph/Stacey Baker

Stacey Baker introduces Conchita Fernandes to New York’s many eccentric legs and goes on to talk about the Instagram project.

Your first glance at Stacey Baker’s Citilegs is guaranteed to entwine you in its textured and patterned world. New York’s quirky inhabitants use their legs to strut their street style as Stacey photographs them in this peculiar yet fascinating project.

The Chance Encounter
“For as long as I can remember, I have paid attention to other women’s legs because I have always wanted longer legs myself.” This keen observation led her to the lobby of the Waldorf Astoria hotel in New York City, where she saw a woman wearing a flattering coat. “She gave me permission to take a picture of her legs and soon after, I uploaded it to my Instagram feed. That was my first picture from the series.” When choosing her subject, she does not look for a particular feature. It depends on what the subject is wearing or the shape of her legs. Photograph/Stacey Baker

Fashion and Empowerment
But Citilegs is more than just pictures of women’s legs. What you have here is a blend of two very powerful forces—fashion and empowerment. The photographs are a vivacious display of colour and life in New York’s grand and sometimes overwhelming street fashion culture. The series is a tribute to the bold attitude that women have adopted in the city. The daring yet cheeky leggings and even the outrageous shoes make a statement, that these women are confident in their bodies. Stacey agrees to this notion and loves that the subjects possess a very positive image of themselves. “You can tell by the way they dress and by the way they choose to pose for the pictures. I think it has raised my own self-esteem and some of my followers’ as well.

The Unsolved Dilemma
As you dig deeper, Stacey’s Instagram feed will reveal that she initially began shooting her subjects against the backdrop of the open street. Later she realised the importance of uniformity. “A wall provides that. It simplifies things, so the focus is on what the subject is wearing and how she is standing. But I still struggle with whether I should show more of the street or the environment.” While most of the photos are shot in New York City, Stacey has also photographed several others in Ireland, France and England. Photograph/Stacey Baker

Dealing With Negative Criticism
Like everything on the internet, her photos too get their fair share of criticisms. These judgments are not related to her picture making process, rather of the subject and what they are wearing. “I try to monitor the comments closely. I think it is okay if someone is critical about what a subject is wearing. But if they criticise the person’s body, I delete those comments.”

On Being Grateful
“A year ago, I would have never dreamed that I would be working on a series about women’s legs, much less that it would be embraced by so many people.” So if you happen to be in New York and you are stopped by a lady asking to photograph your legs, don’t be alarmed. Say yes and give her your fiercest pose! Most women are more than willing to get their legs photographed but there are a few others who are not too keen. Nevertheless, she finds it fascinating as to how women are willing to give a complete stranger a few minutes of their time. Photograph/Stacey Baker

• Push Your Boundaries: Do not avoid ideas or projects that require you to interact with people. The more you approach them, the more comfortable you will become and the less you will care about what people think.
• Try to Be Gracious: It is not necessary for all to share the same enthusiasm as you for your project. Remember never to coax or force people to do something out of their comfort zone. It can easily put them off.
• Keep an Open Mind: A project of this nature requires you to approach it with impartiality. This is important as it is the only way you can provide an element of heterogeneity to it.

Fun Tricks to Try
If you love to draw and want to capture a video of the process, attach your cameraphone to a gorillapod. Place it at a height, right above your drawing surface, such that only your hands are visible. In this way, more emphasis will be placed on your artwork. Alternatively, you can also create a stop motion video by shooting your drawing process continuously.

She is a Photo Editor at The New York Times Magazine. She enjoys visiting museums and galleries and also loves travelling. Her Citilegs series was highlighted in Instagram’s blog, which in turn introduced her to a larger audience. She is currently working on a book based on the series. 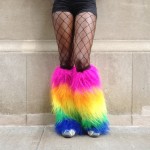 Her photographs go through the least amount of editing and if need be, are only corrected in terms of cropping or adjusting the horizon. Photograph/Stacey Baker 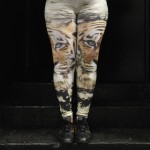 In the beginning, Stacey introduces her subjects to her project and even shows them her Instagram feed. While most women want to be tagged and identified in the images shot, there are a few others who prefer to remain anonymous. Photograph/Stacey Baker 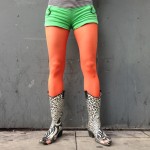 Before photographing her subjects, she asks them to stand in a comfortable posture with their hands out of the frame. Doing so ensures that the legs stand out in the final image. Photograph/Stacey Baker 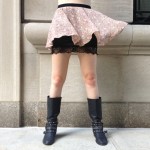 In many different ways, Citilegs is a beautiful display of the varying personalities of women, based on their clothing and posture. Photograph/Stacey Baker 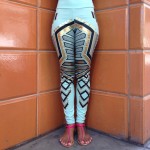 She mentions how pictures of women with skinny legs or outrageous shoes receive the most number of likes. However, she does not always think that these are the best photographs. Photograph/Stacey Baker 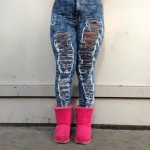 Stacey has always used the iPhone to shoot her pictures, more recently the iPhone 5s. In the beginning she would use Instagram’s filters on the photos, but later decided that she wanted them to be as honest as possible. Photograph/Stacey Baker