Alina grew up surrounded by several Kiev and Zenit cameras and started making pictures at the age of 13. But it wasn’t until the age of 16 that she became passionate about it. Photograph/Alina Rudya Having survived the 1986 Chernobyl disaster, Alina Rudya talks to Conchita Fernandes about how the incident continues to shape her life.

After settling down for the day, I was casually browsing through Burn Diary’s Instagram feed, when I stumbled upon Alina Rudya’s photographs. I was specifically drawn to her self-portrait. There was something morose yet dreamy about the image, which reminded me of Frida Kahlo’s quote, “I never paint dreams or nightmares. I paint my own reality.” Before I knew it, I had entered Alina’s reality.

The Radical Change
Born in Ukraine, Alina is the daughter of a nuclear physicist father and a chemist mother. Her father was also an amateur photographer. “He had many cameras and even built a darkroom in our bathroom. I think he must have taken over a thousand photographs of me.” This would be her beginning in photography.

But not before a life altering change that left its imprints forever on her family and herself. She lived with her family in a small town called Pripyat, three kilometers away from Chernobyl, the site of the radioactive disaster. At the time, she was only a year old, and following the disaster, she and her family were immediately evacuated. They moved to Kiev where Alina would spend her time there. Later, she would graduate from Budapest and eventually move to Berlin to study photography at the Lette-Verein school of Design. She finds that she can express herself better when shooting in black and white, and uses this medium a lot when not shooting for Instagram. However, when she does make use of the app, she likes to incorporate colour. Photograph/Alina Rudya

Meeting a Forgotten Friend
Later in 2011, when she was 26 years old, she visited Pripyat to immerse herself in her hometown, which she unfortunately never had the opportunity to know. “In many respects, all my desires and passions sprung from the ruins of Chernobyl.”

She documented her time in the ruins of the ghost town in the series Pripyat mon Amour, which also happens to be her most favourite project. She feels that it has helped her answer important questions about herself. “I took self-portraits in that abandoned town, in order to show who I am, where I come from and who I have lost.”

“I find cellphones very exciting because of the ability to shoot great pictures with such a tiny device. I like that it is compact, small and hardly noticeable, and that I can always keep it with me.”

Moments of Doubt
Going back to her days in Kiev, Alina always knew that she wanted to do something visual. She just wasn’t sure if photography was the answer. “At least not in Ukraine where there were no good schools or a viable market for it. But, I know now that if I lived in a different place, I would have probably pursued photography much earlier.” Two years ago, Alina had the opportunity to visit Iceland and it was there that she made this photograph. She shot it at a northern town called Akureyri, and was captivated by the huge dresses and how they appeared to escape and fly away to new adventures. Photograph/Alina Rudya

A Little of Everything
Alina’s personality radiates out of every single of her images. You can see her love for art and shadows and even beautiful arrangements. She enjoys using artistic methods when it comes to composition, and usage of light and colours. Alina is also a big fan of the American realist painter and printmaker, Edward Hopper, and loves how he has used light in his paintings.

You can also find a little of everything in her Instagram feed. In a way, she has created a beautiful cocktail of urbanscapes, portraits, architecture and street work, which eventually leaves you in a dreamy mood. With so many photographers strictly restricting themselves to a particular genre, I wondered if she ever felt the need to limit herself as well. To this she replies, “My Instagram feed is a platform for me to experiment and to express myself without any limits or regrets.”

Even though she naturally finds herself drawn to topics involving loneliness and self-discovery, Alina has also shot several other personal projects with contrasting themes—like a day in the life of her 85-year-old grandfather in One Day, the transformation of a drag queen in About a Girl and her ongoing project on the stereotyping of Eastern European women in Big-City Girl.

“To anyone starting out with photography, I would advise them to go out and shoot as much as they can. Also, look at the works of the masters, be inspired and learn from their photographs.”

On Inspiration and Practice
“Sometimes I walk on the street, spot a scene and think, ‘That could be a great scene for a movie.’” She finds herself attracted to movies with strong colours, camera angles or composition that emphasise the meaning of certain cinematic moments. “The greatest kisses do not always happen with a beautiful sunset in the background, but if, for an effect, a photographer or a cinematographer can make it happen, people will never forget the feeling they had the first time they saw it.”

In an interview with Lomography Magazine, Alina had said, “Practice is key to better pictures, not just by shooting your food with a cellphone, but by carefully photographing your subjects and getting the best out of the situation.” This advice holds true, especially today, where photography is taken for granted. “How else can you hope to create something different from the ordinary?” she says, as thousands of her fans continue to tune in to her visual storytelling on Instagram.

Tips on Being a Better Photographer:

About Alina Rudya
When she was young, she wanted to be a photographer for National Geographic. Her favourite authors are Ernest Hemingway, Haruki Murakami and Ivan Bunin. She is currently studying visual communication, after which she wants to pursue a career in art direction. She currently holds two Masters degrees in Political Science and Photography. 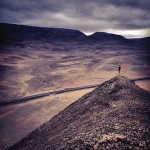 This photograph is part of her series called Small Man in a Huge World and shows how small one person is in comparison to the big world. Alina has done this by photographing lone figures in the midst of large wide landscapes. Photograph/Alina Rudya 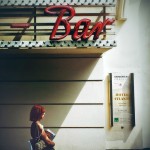 She loves to travel and makes several images of her journey. She especially enjoys photographing people. Photograph/Alina Rudya 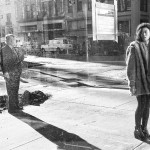 As part of her education, she got to spend four months in New York, which she considers to be her best and most enlightening trip so far. She even shot a series called A Dream They Live, where she highlighted the subject of loneliness in a big city. Photograph/Alina Rudya 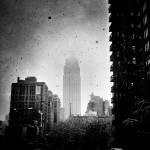 There is a lot of play of light and shadow in her photographs. She loves incorporating natural light in her everyday street shots. Photograph/Alina Rudya 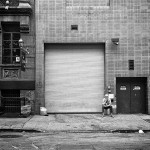 She mentions that there will be situations where because of certain limitations, a photographer may not be able to shoot the desired picture that he had in mind. Nevertheless, you should go ahead and make the best of what you have. Photograph/Alina Rudya 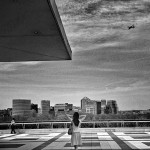 Alina does not like to overtly edit her cellphone photographs. She believes that a photo should remain a photo and not a digitally manipulated image. Photograph/Alina Rudya 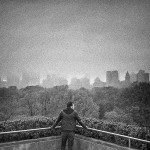 Alina prefers to match her expectations with her results and says, “If I want a picture to be grainy or blurry, it should be my artistic decision and not a technical failure.” Photograph/Alina Rudya 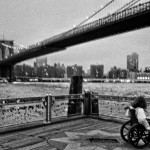 VSCO and Snapseed are the two apps that Alina uses to edit her cellphone photographs. She mentions, “Snapseed is good for improving the contrast and making good black and whites. VSCO Cam has nice vintage filters, which I mostly use for my Instagram uploads.” Photograph/Alina Rudya 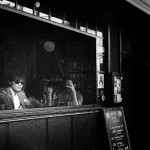 Alina does not think that the device is important and feels that it should never come in between the photographer and his vision. Photograph/Alina Rudya 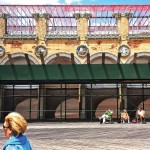 Apart from her dreamy romantic portraits, Alina has also sought to create photographs that encompass a narrative. Photograph/Alina Rudya 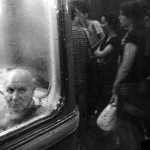 When asked about the incorporation of art in her work, Alina is of the opinion that she became a photographer because she was too impatient to study painting. She likes getting fast results, which she has been able to do with cellphone photography and Instagram. Photograph/Alina Rudya 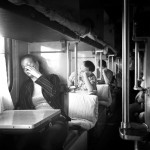 Photographers who are able to tell an engaging story in a single shot appeal to her. She considers James Nachtwey and Sebastião Salgado to be good examples of such photographers. Photograph/Alina Rudya