Pierre Belhassen: A Slice of Time

For Pierre Belhassen, there is no bad or good, only barriers that sometimes need to be pushed aside, in order to let the moment seep through, discovers Conchita Fernandes. There’s always a scene waiting to be gazed upon, a moment waiting to be consumed, and a photograph waiting to be made. For Pierre Belhassen, all of these exist at any given point. Like a man suspended midair, right before he plunges into the water, or when for just a brief moment the wind transforms a humble plastic bag into a thing of beauty, sweeping it delicately into the shadows of an adjacent tree.

But not everyone can be guaranteed a sighting, that is, unless they’re persistently seeking the moment. Pierre’s photographic journey on the streets bring you face-toface with these momentary pockets of time, which he instinctively freezes with his camera.

Being Prepared to See
There is a certain energy pulsating through Pierre’s photographs. The thrill in his pictures lie in the fact that he locates the moment just before it slips into oblivion. It’s always a close call with him, often leading one to wonder how he does it. His answer was relatively straightforward and simple, and one that is repeated and practiced by anyone serious about street photography. “Walk a lot and get lost, then you will start to see the small things. The images will come to you as long as you are prepared to see them.” This brought to mind something that Alex Webb had said, “The possibility of one particular photographer’s pictures lying around the corner is never realised until the photographer is there. It’s one of the enigmas of photography.”—making street photography a two way exchange, the moment and the photographer revealing themselves exclusively to one another. Spontaneity and Improvisation on the Street
For Pierre, it isn’t enough to just go by what his eyes reveal to him. It has got to be backed by a certain intense feeling, of a kind of spontaneity that kicks in when the moment presents itself. In his world, there is no time for a calculated approach. This is not to say that he is averse to it. It’s just something that he doesn’t see himself doing. For Pierre is hopelessly in love with the idea of freedom, of wandering with no set direction in mind. “There’s so much that can come out of just walking around aimlessly, and very often you will find yourself surpassing your ability to see,” he said. He likens this quality to music, specifically jazz, and its inherent strength to be improvised at any given point.

Making Yourself Visible
Looking at Pierre’s work, it is easy to deduce the extent of his involvement in a scene. While it is often encouraged to be a passive bystander, in some cases, it is certainly better to give up the cloak of invisibility. When he is travelling, Pierre embraces the tourist persona. “Despite the negative connotation of the word, it’s the perfect outfit to be in. People pay less attention to me because nothing is more natural than a tourist who photographs. It helps me melt into the set.”

“The best advice I received? “Photography is easy, that’s what is difficult,” by Robert Delpire. I have never heard of any comment as true as this one.”

“Moreover, visiting a place for the first time has its other advantages. The idea of entering a new environment without any expectations, has its own thrill. I am specifically talking about that particular delight when you see something for the first time. That’s what I am after.”

The Influence of Cinema
Cinema in particular has played an Marseille 2015. important role in Pierre’s photographs, and was something that he discovered much before photography. “I have tried to apply all the lessons I learned from the movies by Martin Scorsese and Akira Kurosawa. I like the notion of incorporating tension in a photograph… Jostling the elements in the frame and then balancing all of it,” he said. Letting the Ordinary Amaze You
A lot of what Pierre has photographed were mostly in black and white and were shot on film. The rigour and patience that goes into the process cemented his foundation in the medium. Even though today he has transitioned into the digital sphere, it was the physicality of the former that made it so enticing.

It was also the process of shooting and then distancing himself from the image that appealed to him. “The amount of time between the shooting and the developing process matters a lot to me. It’s like the dormant picture had been ‘dreamt’. This enables me to detach myself emotionally from my photographs which is necessary in order to edit them properly…”

But somewhere along the way, he stopped. Without revealing too much about the sudden abruptness, Pierre very simply explains, “I think I got lost. Passion can sometimes be voracious. I just needed to live away from the photographs that had absorbed me for years,” he said.

He revived himself in 2013. By this time he had discovered the works of Saul Leiter, Fred Herzog, Harry Gruyaert and Alex Webb. “I felt the need to reinvent myself. So I turned to colour photography,” he said. “However, the difficulty with colour is that you have to look for a pure form in the mundane. Also, if there’s a lot of it or if it’s arranged badly, then it can destroy the photograph.”

In Ways of Seeing, John Berger had said, “To remain innocent may also be to remain ignorant.” In Pierre’s case, he brings in this quality with his street photographs, by presenting himself as a blank slate. “I have to continue preserving my beginner’s spirit, my child’s soul… Letting the ordinary amaze me.”

This article originally appeared in the March 2017 issue of Better Photography. 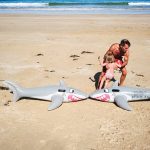 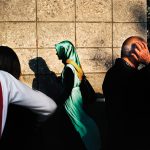 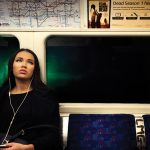 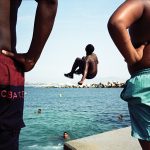 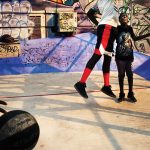