Poras Chaudhary’s images take colours and celebration to a whole new level. But as Raj Lalwani discovers, photography is not the only thing he is into…

This article was originally published in October 2009. “There is nothing as beautiful as the colours found in India.”—Poras Chaudhary

The boy wiped the sweat off his brow, and decided to run in one more time. He had dreams in his eyes—dreams of flying wickets, of matches won, of wearing the Indian colours and playing professional cricket. Young Poras was a leg-spinner and had just been selected in the Punjab Ranji Trophy squad. He knew that exciting times lay ahead. He looked at the stumps, his eye focused on the middle one and calculated the possibilities in his head. “Googly,” he thought, and slowly began his run-up.

Cut to a few years later, and Poras Chaudhary played a slightly different role. But he still dreamt many dreams. He looked at the scene in front of him, his eye focused on his main subject and calculated the possibilities in his head. “f/8, 1/500sec,” he thought, and quickly pressed the shutter of his camera.

A Confluence of Colours

The first time I came across Poras Chaudhary’s work was a few months ago, in March. My family members were playing Holi, and the vibrant colours that were flying around looked beautiful. I went online to search for images shot during Holi, and Poras’s body of work stood out. His photographs were stark and beautiful. More importantly, most of them had a “wow” factor attached to them.
When I contacted him, I realised that the person behind those evocative images actually wore many hats—cricketer, photographer and a student of law too! He was born in Kurukshetra, Haryana, but went to Chandigarh to study law. This was where his cricketing career bloomed, but it faded away too soon. “I got a shoulder injury, which ruined my cricketing career,” says Poras, with a hint of regret in his voice. “Despite being selected in the Punjab Ranji Trophy team, I had to give it all up. That is when I decided to return to Kurukshetra.”

“ I love the 35mm focal length. It is neither too wide, nor too tight— just perfect.”

Inspired by the Masters

Since Poras was quite used to his life in Chandigarh, he started feeling restless in Kurukshetra as it is a small town and there was not much for him to do. So, he decided to take up photography as a hobby. Around the time that he first bought his camera, he also discovered the works of the masters. He got hooked onto the Magnum website (a co-operative maintained by some of the greatest photographers in the world), and says that the photographs on the website inspired him to take photography seriously.
When Poras told me this, I immediately looked at his photographs again. The careful compositions, the joyous moments captured, the stories told and the facial portraits, in particular, seek heavy inspiration from Steve McCurry. Apart from McCurry, Poras also looks up to Constantine Manos, David Alan Harvey and Alex Webb. “I like the way these photographers make everything in the frame count. Each and everything is placed with perfection, and they really make me want to go out and shoot something meaningful,” he says.
Poras elaborates on his growing fascination with the medium. He says, “Initially, I was only looking to buy a digital camera and do some basic snapshooting. But when I realised the creative possibilities it offers, my interest grew. Inspiration slowly became aspiration, and I wanted to create similar images,” he says. Captivated by the manner in which he could shape his vision by simply changing a few settings, Poras started exploring his hometown. A small place that has great character, Kurukshetra became a haven of street photography opportunities for him. He enjoys breaking the ‘rules’, and often experiments with wideangle portrait shots like this one. Photograph/Poras Chaudhary

The Hues of India

According to Poras, his photography rose to a new level when he started travelling. The fact that he could visit a new place, be around different people and create great images at the same time gave him a great high. “There is nothing as beautiful as the colours found in India,” he says. “Our country has a colour palette of its own.”
Rajasthan and Leh are the places that Poras really enjoys. At the same time, he warns of the danger of becoming clichéd while shooting in such areas. He prefers to avoid the usual popular places. “Even in the most commonly photographed locations, there are a few spots that have been untouched by tourists and photographers. So I just keep walking and explore the place till the outskirts of that area.” This image was shot at Barsana, where a group of people were singing folk songs during Holi celebrations. Poras enjoys shooting festivals, as they give the best of faces, expressions and moments. Photograph/Poras Chaudhary

When I learnt about the kind of equipment he uses, I could not help marvel at all the high-end equipment he owns. He shook his head immediately, and says that gear is overrated. This amused me, considering that the statement came from the owner of two full-frame DSLRs. Poras admits that a camera that does well at high ISOs is invaluable, but eventually, one must learn to keep the equipment simple. Despite owning a lot of high-end lenses, he does not take along more than one or two lenses for any shoot. He says, “I often just walk out with a single 35mm lens. I love the 35mm focal length. It is neither too wide, nor too tight—just perfect. I would advise anyone to try this out. Set your lens to f/8 or f/11, keep it focused manually to the hyperfocal distance, and then just shoot. You can then concentrate on capturing the moment rather than getting tangled in a web of numbers and zoom.” According to Poras, using prime lenses not only enhanced his learning curve, but also ensured that his subjects would not get intimidated. “There are two approaches to street and travel photography,” he says. “You can be a fly-on-the-wall just like Cartier-Bresson, or be a joyous participant in everyone else’s activities like David Alan Harvey. I prefer the latter.” Poras participates in everyone’s activities, and photographs them all at one go.

“ There is nothing as beautiful as the colours found in India. Our country has a colour palette of its own.”

When I called Poras a second time, he sounded busy as he was preparing for a rifle-shooting competition. Lawyer, cricketer, photographer… rifle-shooter? Poras laughed and said that it was just the second time he was participating in this competition. He then added that his rifleshooting debut involved a silver medal. While I was left marvelling at the success of this young achiever, I could not help but ask: if he was given the choice to give up professional photography, and get back to cricket, would he do it? Poras immediately said that he would choose cricket. The photography, however brilliant it may be, is just a second innings. For this image shot in Pushkar, Rajasthan, a unique vantage point was chosen so that it would go beyond the obvious and cliché images shot at Pushkar every year. Photograph/Poras Chaudhary

About Poras Chaudhary
Poras is a 28-year-old photographer has been shooting since the past four years. He is originally from Kurukshetra, Haryana and enjoys shooting all over northern India. His field of expertise is mainly travel photography, but he also enjoys shooting nature, portraits and photojournalistic images.

Take a look at more of his photographs at pa.photoshelter.com/c/poraschaudhary 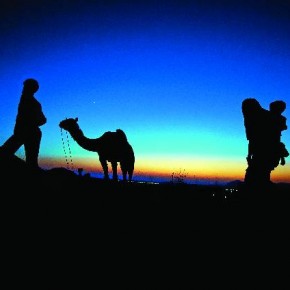 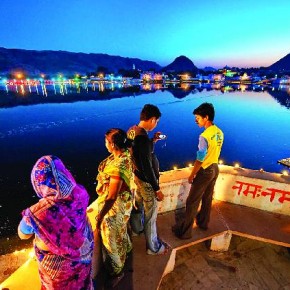 For this image shot in Pushkar, Rajasthan, a unique vantage point was chosen so that it would go beyond the obvious and cliché images shot at Pushkar every year. Photograph/Poras Chaudhary 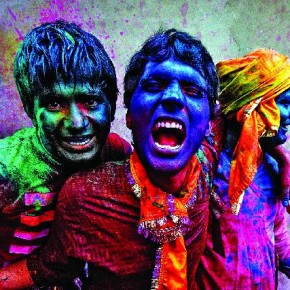 He enjoys breaking the ‘rules’, and often experiments with wideangle portrait shots like this one. Photograph/Poras Chaudhary 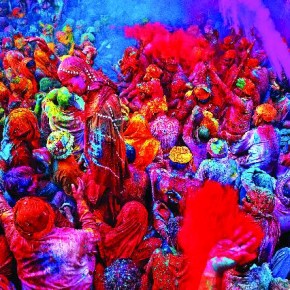 This image was shot at Barsana, where a group of people were singing folk songs during Holi celebrations. Poras enjoys shooting festivals, as they give the best of faces, expressions and moments. Photograph/Poras Chaudhary 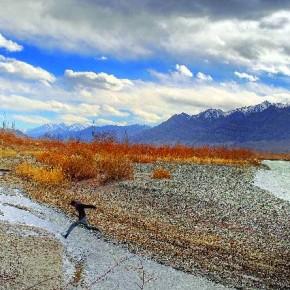 Drawing inspiration from Henri Cartier-Bresson, Poras used a 35mm lens that was pre-focused, so that he could concentrate on capturing this decisive moment. Photograph/Poras Chaudhary 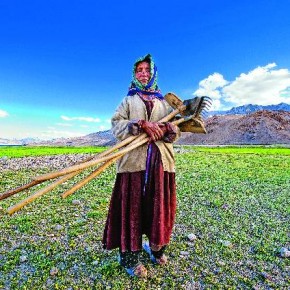 For this young photographer, people in India are not only great subjects, but are also very open about being photographed. This lady was going home after working in the fields. Photograph/Poras Chaudhary