From ‘Tsampa on my Shoulder’. Shot en route to Kailash, Tibet in 2005. Photograph/ Vidura Jang Bahadur

Shobhan takes a closer look into the world of Vidura Jang Bahadur, for whom photography is a medium of telling intimate stories.

His area of interest in school was arts: he drew, painted and sketched. Music, theatre and literature excited him and the experience of soaking it all in was fascinating. He took photos in school too. But he never imagined that he would one day, be better known as a photographer. He still does not really know how photography “happened”. He does not recall a specific moment or stage when he realised that photography wasgoing to be an indispensable part of his life. It is something that happened very naturally, and he just went along with the flow.

Becoming a Photographer
Vidura Jang Bahadur recalls,“Photography really took off when I went to China in 2001, after doing my masters degree in Mass Communication from Jamia Milia University in Delhi. During my undergraduate years, I was hugely drawn to advertising and to cinema, too. I worked on films in different capacities and always remained close to the camera crew”. He believes that the medium of photography should be explored to create an individual way of looking and telling stories. He finds it disturbing when images and image-making becomes formulaic. With this realisation and wisdom, Vidura has been using the medium to develop an individualistic style and find ways to create images that tell enchanting stories.

Journeys Within and Outside
By the time Vidura finished his masters course he had also gained a fair bit of experience of working on films with different production houses and also with a number of cinematographers. He even worked on a short film and worked as an assistant director on a Hindi feature film called Agnivarsha. But somewhere, things had started getting repetitive and a sense of stagnation was setting in. On an impulse, Vidura left for China to teach English and this is where he says photography became a more integral part of his life. It also gave himthe liberty to tell stories that touched him deep within.

A Love Affair with China
China holds a special place in his life. So much so, that he experienced a sense of dislocation and displacement after he came back from China. His affinity with the place, the community and people explainsthe work that he is doing on Chinese communities, titled Home. He has been working on this project for the past four years and is still continuing. Tsampa on my Shoulders is another of Vidura’s projects—the result of a journey that took him to Tibet. In a sort of foreword to his work on Tibet, he writes,“Travelling through Tibet four years ago, I was overwhelmed by the sense of history and the beauty of the stark landscape. However, I was always aware of an invisible line cutting across cities, between communities and people. A line no one dares to cross and often negotiated by both sides, Tibetan and Chinese, inorder to survive ‘today’ in the hope of a better future. There is a false sense of calm, deceptive to the less discerning. It is not easy to leave unaffected.”

Dabbling Between Personal and Commercial
Looking at Home and Tsampa on my Shoulder, one may get the impression that Vidura is using the medium purely to narrate personal stories; but you need to take a closer look to discern its universal connect. What may be surprising however, is the ease with which he dabbles in the commercial genre as well. Ask him how he differentiates between the two kinds of work within the same art form, and he elaborates. “I believe that the commercial assignments I undertake are an extension of my personal work—in respect to the way I see things. Not anything else. Photographically, I like to work with ambient light and in natural surroundings. And this is reflected in my commercialwork too.”

Drawing inspiration
A film enthusiast and a versatile photographer, Vidura draws inspiration not just from photographers but also from many cinematographers. Henri Cartier-Bresson, Paulo Nozolino, Alberto Korda, Josef Koudelka are some of the photographers whom he admires immensely. “More than photographers I think it is the cinematographers who have influenced me. I really like the work of famous cinematographer ChristopherDoyle, the way he uses colour and hiscompositions. I find it very evocative. TheSwedish cinematographer Sven Nykvistand Chinese cinematographer Gu Chang Wei have been other great influences.”
Apart from being a talented photographer, Vidura is an avid readerand a writer too! This only serves to highlight that the boy who dabbled in art in school has kept alive his interest in different forms of art—be it paintings, music or theatre. “I enjoy reading, theatre, travelling in the mountains (without my camera) and most of all cinema. This, I believe, enriches my life and somewhere I do hope these experiences and influences are visible in my work. One has to experience life and only when your experiences reflect in your work that it can be better informed and personal too,”says Vidura.

Tips by Vidhura
Go out to shoot with an empty mind. Do not have set ideas of what you want in your images even before you begin shooting. Be open to experience and enjoy the process of shooting. Photography should be a way for you to relate to the world around yourself.

About Vidura Jang Bahadur
If not a photographer, he would have been running a small café ashe enjoys cooking. Else, he would have been working on a farm. He is currently based in New Delhi and has been a practitioner of the medium for over a decade now. 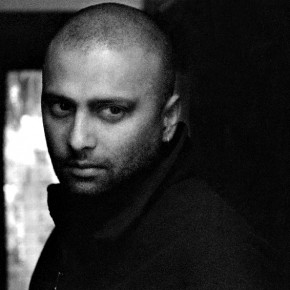 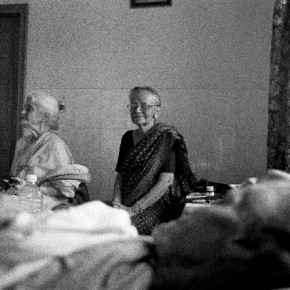 Untitled, part of a series that he is working on his grandmother. He has been shooting intermittently for past 12 years and it is an ongoing project. Photograph/ Vidura Jang Bahadur From ‘Tsampa on my shoulder’ Shot in Tibet, 2005. Photograph/ Vidura Jang Bahadur 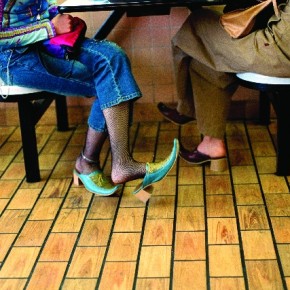 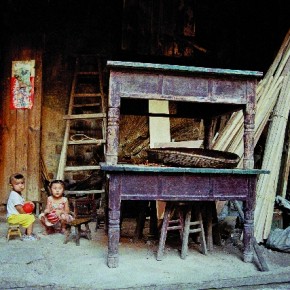 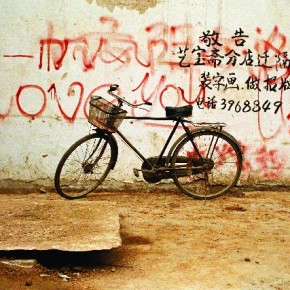 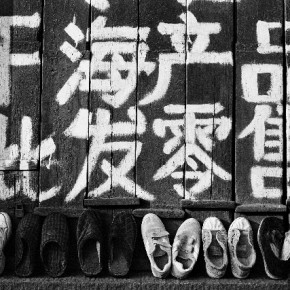 From ‘Tsampa on my Shoulder’. Shot en route to Kailash, Tibet in 2005. Photograph/ Vidura Jang Bahadur