Why it is my best shot
This picture is actually a part of a series on mirrors and reflections. It is my best shot for a number of reasons. Firstly, it was a personal assignment and hence it is close to me. Also, the wave of water hitting the glass makes it seem as if the water was being splashed on the girl. The expanse of clouds reflected in the mirror contrast wonderfully with the horizon and trees in the background. Essentially, all these elements combine to create a picture within a picture, which is what I wanted to achieve, albeit without the use of an image editing software.

Where and when I shot this image
This picture was shot on a beach in Alibaug, Maharashtra, during dusk, in March 2006. How I achieved it The mirror in the image was about 2 X 3-feet tall and was propped up by my assistant. I placed the model in such a way that I was not visible in the reflection. It was low tide and we had not ventured in too deep, which is why I risked shooting without waterproofing the camera.

The gear I used to get the shot
I used a Canon EOS 20D with a 28mm wide angle lens. The shutterspeed was 1/80sec, aperture f/8 and ISO 200. The image was initially shot in colour and then converted to black and white.

About Palash
Palash Bose has been doing commercial photography for the last 15 years. He has shot campaigns for Park Avenue, Blackberrys, Tuscan Verve, Bajaj and so on. He was inspired by his father who was a famous cinematographer and first encountered the camera when he was a child. 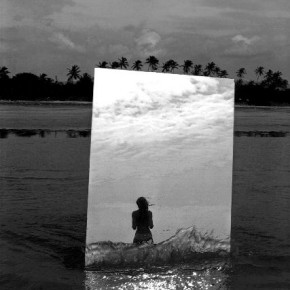 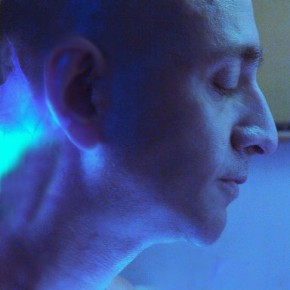