Prime Minister Narendra Modi and his Pakistan counterpart Nawaz Sharif greet each other during the oathtaking ceremony of the BJP led government in New Delhi in 2014. Photograph/Neeraj Priyadarshi

Conchita Fernandes finds out what keeps the versatile and tenacious photojournalist Neeraj Priyadarshi grounded, while always being on top of his game.

Neeraj grew up in a small village in Koilwar, an area in the Bhojpuri district of Bihar. Not far from where he stayed was a bridge. Trains that frequented the bridge would leave the young Neeraj fascinated and introspective. “Every time that I saw it, I couldn’t help but feel hopeful. I felt a kind of certainty that this very train would take me on a journey, far away from my village.” Today, Neeraj Priyadarshi is one of the most prolific photojournalists of our time. During a free-wheeling chat with him, I found myself inspired by his vision.

True Calling
Even as a child, he knew he was not meant for a run-of-the-mill profession. “I first considered a career in writing but my command over the language was not very good. I still felt a strong affinity towards finding something that would require more of my mind, soul and conscience,” he said. Then in 1988, during a French arts festival in Patna, Neeraj found his true calling. “The legendary Marc Riboud’s work were being exhibited, and I saw his image, The Painter of the Eiffel Tower. The spark was lit. I knew exactly what I wanted to do.”

The Big Break
All he needed now was a camera. His brother gifted him the Pentax ME with a 50mm f/1.2 lens. He went about making pictures of whatever he thought was interesting, but he found himself being drawn toward street photography. Shortly, he began assisting Vikram Kumar, a freelance photographer in Patna. Here he learned all the nuances of darkroom processes and printing. Soon, freelance assignments began trickling in, and his first breakthrough came along. He was hired by Filmfare to photograph filmmaker Mukul Anand. An image from the day was chosen for a centrespread. “This was the true kickstart to my career in photography,” he said. He soon landed a job with The Indian Express, which he calls home, even to this day.

“For a photojournalist, the essence, the backbone and the validity of one’s work should be based entirely on research, discipline and study.”

On His Feet
Working on the field meant covering a range of events, each with their own set of challenges. One of Neeraj’s first assignments was covering the Bombay riots of 1992. “I was surrounded by a blanket of uncertainty. I was definitely scared,” he said. “I saw bodies around me, people running around frantically. Also, I did not have any transportation and felt exposed and at the mercy of the unfolding situations.” He was also asked to collect the body of a close friend from the mortuary of Sir J J Hospital. This left him feeling devastated, but this was no time for backing down. And so, even in the midst of the tyranny of death, he felt that he was able to define himself as a photographer. Two essential qualities—focus and agility, enabled him to maneuver in between the atrocities he witnessed. But most importantly, he was able to maintain his composure in such a high stress situation. “I have always followed a simple philosophy—no image is greater than your life. Be cautious and smart and always put yourself first,” he said.

Going Unconventional
However, not all assignments are of this nature. Many times, photographers cover standard, unremarkable events, like ribbon cutting ceremonies or peaceful rallies. But even then, Neeraj manages to create stunning frames out of these mundane situations. He believes that just because the moment is unexceptional, doesn’t mean the image needs to be. “Photojournalism requires personality, attitude, strength and above all, a mind and soul that delves into a world that others are incapable of visualising,” he said. This thought is clear in his images. You won’t find him photographing two dignitaries in a handshake or embrace. Instead, he will find a way to visually represent the dignitary’s political personality. Even in the event of a tragedy, he finds a way to subtly convey the unfortunate situation, thus creating a stronger impact. An example of his style would be a sensitive photograph he made during the 2008 bombing of the Indian Embassy in Kabul. He photographed mannequins from an adjacent shopping mall that was also affected. They were lying lifeless in the midst of rubble. On closer inspection, you will notice two drops of human blood on one of the mannequin’s hands. It is this inclusion that makes the photograph speak volumes. In 2010, during his first visit to New Delhi, US President Barack Obama interacts with school children at the Mughal-era tomb of Emperor Humayun. Photograph/Neeraj Priyadarshi

Finding the Moment
While his assignments take him all over the world, he emphasises that photographers don’t need to go so far for stories. “Stories don’t need to be sought out like treasures from faraway domains. It would be foolish to be enchanted by the prospect of covering dangerous zones, while turning a blind eye to the situation unfolding right in front of home—in your city or state.”

“I am fortunate in 2012. to have supportive Editors like Rajkamal Jha and Unni Rajan Shanker who have always stood by the saying ‘No words can match the right image.’”

Learning From the Best
Even till date, the learning doesn’t end for Neeraj. “I never had the opportunity to study photography, which has been one of the biggest regrets in my life. So, in a way, I am making up for this by constantly meeting photographers and learning about their life and work.” He also maintains a close association with Prashant Panjiar, who continues to mentor him. “He taught me the single most important lesson that I have always adhered to—discipline. To this day, I am very focused and particular about my work. I value people’s time and hold it to the utmost importance. I hate leaving people waiting. Prashant’s advice to me was to always complete a project and move on to the next, and never to leave anything incomplete.”

A New World of Possibilities
The changing face of photojournalism in India excites Neeraj. “This is the age of opportunity,” he said. “Now is the time of limitless possibilities. We have many talented photojournalists doing commendable work in the form of photo cooperatives, online blogs, photo festivals and exchanges. These have opened plenty of doors for our community. However, photographers need to remember one important thing. It is a piece of advice that the legendary James Nachtwey gave me years ago. He told me to always be honest with my subject and myself.” Before we concluded our interview, I asked Neeraj that apart from all the advice so far, what would he personally convey to novice photojournalists. “Always be a social animal,” he said. “Go out there and make friends with writers, painters, poets, filmmakers and those who colour the world with their honest expressions and dialogues. But most importantly, remember that photography is very personal. So don’t forget to fall in love with it.”

About Neeraj Priyadarshi
He joined The Indian Express in 1991, where he is now the National Photo Editor. Neeraj is inspired by Sally Mann and reveres her photography book What Remains (2003). He loves water in any form and aspires to have a house by a water body. Also, he is keen on authoring books in the future. 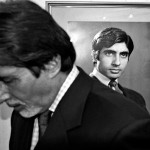 In 2002, on his 60th birthday, actor Amitabh Bachhan attended a photography exhibition on himself, at the Oxford bookstore in Mumbai. Photograph/Neeraj Priyadarshi 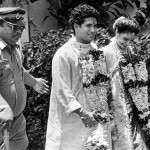 Here is a photograph of Sachin Tendulkar and his wife Anjali, after their wedding ceremony in Mumbai in 1995. Photograph/Neeraj Priyadarshi 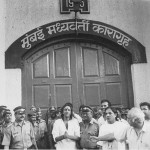 On 17 October 1995, after spending 16 months in prison for the illegal possession of firearms, actor Sanjay Dutt is released from Arthur Jail Road in Mumbai. Photograph/Neeraj Priyadarshi 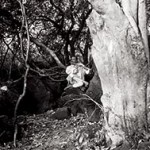 India’s flute maestro Pandit Hariprasad Chaurasia is photographed during his morning riyaaz, at the Sanjay Gandhi National park in Mumbai in 1998. Photograph/Neeraj Priyadarshi 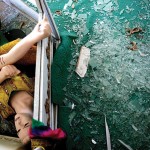 A mannequin from a handicrafts shop in a mall in Kabul has blood marks of victims of the 2008 bombing of the Indian Embassy. Photograph/Neeraj Priyadarshi 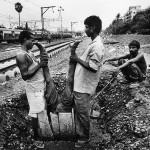 A daily-wage worker is seen manually cleaning an under construction railway site between Goregaon and Jogeshwari in Mumbai (2002). The impact of the image later had the HRC banning daily-wage workers in the railway sector of the city. Photograph/Neeraj Priyadarshi 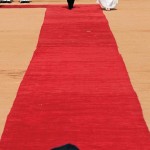 Then Indian Prime Minister Manmohan Singh is seen waiting to greet Chinese Premier Li Keqiang, during a ceremonial welcome at the Rashtrapati Bhavan in New Delhi in 2013. Photograph/Neeraj Priyadarshi 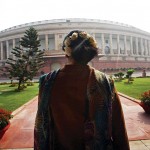 Burmese prodemocracy Leader Aung Saan Su Kyi, photographed at the Parliament house in New Delhi, where she was invited by the Lok Sabha speaker, Meira Kumar, during her visit to India in 2012. Photograph/Neeraj Priyadarshi 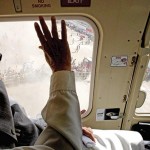 During the Union elections of 2009, senior BJP leader and former Deputy Prime Minister, L K Advani, is seen leaving in a helicopter to address a political rally in Katihar, Bihar. Photograph/Neeraj Priyadarshi 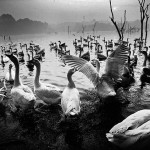 A photograph of the winter fog and chill at a Tughlaq era monument, now more famously known as the Deer Park in New Delhi. Photograph/Neeraj Priyadarshi 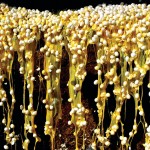 The image shows eggs from a local poultry in Navapur, Maharashtra, being destroyed during a bird flu outbreak in India in 2006. Photograph/Neeraj Priyadarshi