Entitled ‘Gateway of India – Durbeenwallahs’, this is Chirodeep’s favourite image amongst those he has shot so far. It is also on the opening page of his website. Photograph/ Chirodeep Chaudhuri

In a freewheeling chat with Raj Lalwani, Chirodeep Chaudhuri debates the importance of style, content and ideas in modern-day photography.

Chirodeep Chaudhuri had a sip of his black coffee and looked up, searching for the right words. “The problem, you know, with most photographers  is that they only shoot images. There is not much of a thought process as to why they are doing a particular thing,” he said. With that curious beginning to an interview that lasted over eight hours, Chirodeep started to talk about his views on photography and why he thinks that the medium is still not evolved in India.

Inspired by Life
This 37-year-old photojournalist attributes his choice of profession to the satellite boom that took place in the early nineties. He says, “The live news reports that came into our living rooms with the superb programming of BBC World fuelled my curiosity and made me ask questions about the world around me. Journalism became a career option.” He adds, “Had I been a few years older, I would have been on a different career path. On the other hand, if I were a few years younger, I might have been saturated by the overdose of cable TV by the time I left college.”

Around the same time, he came across a second-hand copy of Life magazine being sold on the streets of Mumbai. Chirodeep was attracted to the stark black and white imagery on the cover and bought it to read on his way back home. After the two-hour bus journey that followed, he decided to be a photographer. He explains, “I was always a voracious magazine reader. I had a huge set of National Geographic at home. However, the photographs there were something that I could only appreciate. Life, on the other hand, was both inspirational and aspirational. I wanted to shoot images like that myself.”

Asking Why and Why Not
According to Chirodeep, we need to have a sense of wonder and amazement when we look at the world. We must ask questions and seek answers through photographs. He says, “A photograph is a byproduct of curiosity. You need to ask yourself if you are questioning enough. Are you putting things into perspective? Are you asking why and why not?” Chirodeep laments the fact that manyIndian photographers continue to deal with cliché subjects. “They shoot the Kumbh Mela, the slums of Dharavi or the farmers’ suicide crisis in Vidarbha.

The latest trend is to shoot the conflict in Kashmir,” says Chirodeep. “A photographer must know his subject thoroughly before he decides to portray it. How many of us even understand the complexities of this conflict that has been going on for six decades? Most of the people who are shooting these stark, lovely images have no understanding of the issues involved. Shooting is not enough. You need to have something to say.” To explain things, he compares photography to language. “Light and composition are like grammar. What is the point if your grammar is excellent but you have nothing intelligent to say. Such photographers are not photojournalists. They are craftsmen.”

The Anti-Style Photographer
Chirodeep is quite candid in appreciating the works of others, or criticising his own mistakes. Yet, he remains cynical about photographic style. “I do not want to sound arrogant, but what separates my work from most of my contemporaries, is ideas. I hate this nonsense about style. Photographers should not obsess over it,” he opines.
Chirodeep believes that a photographer’s approach must depend on the subject. Some subjects need to be understated while others need to be in-your-face.“A decision like this must be taken after a lot of deliberation. The style should be determined by the content,” he says.

Interpretation of an Idea
He also believes that Indian photographers have not been exposed to different kinds of photography. “Initially, my images were all black and white reportage. This was the only type of photography I was exposed to,” he explains. Over the past fifteen years, Chirodeep’s career has taken a unique trajectory. In fact, most of his recent works have been interpretative in nature. To portray the enterprising nature of Mumbai, he shot a series on the ubiquitous coin-operated public phones that are found almost everywhere.
On the other hand, to portray the harassment that women face in public spaces, he documented the lewd graffiti scrawled within the compartments of Mumbai’s local trains.

“When I became a photo editor, I did not have the time to shoot everyday. So, I started planning my shoots. I now involve myself in an extended thought process before each assignment,” he says. I asked him if this elaborately thoughtout approach is something that defines him as a photographer now. He gives me a rather ironic reply, “The entire process of brainstorming about how to interpret an idea is what gives me the most amount of satisfaction. The actual execution of the idea often gets tiring. I end up thinking…damn, I need to go out and shoot.”

About Chirodeep Chaudhuri
He considers his first photograph as his best image yet. After years of documenting Mumbai’s local trains, he forgot his backpack in one of the compartments and lost all his gear. The walls in his house have a large poster of  Michelangelo Antonioni’s Blowup and one that carries the motto of Life magazine. 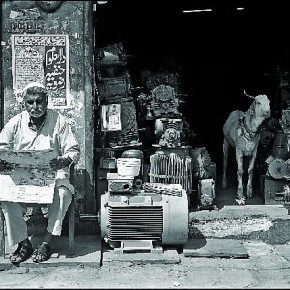 Chirodeep concentrates on framing the image exactly as he wants it, like this image that has a cycle and lock at the left edge of the frame. Photograph/ Chirodeep Chaudhuri 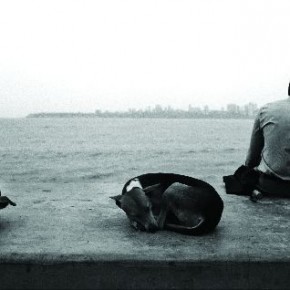 A majority of his work has been shot in Mumbai. He believes in portraying the city with a sense of wit and irony. Photograph/ Chirodeep Chaudhuri 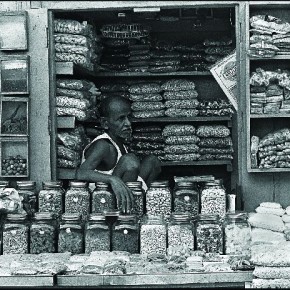 This portrait of a spice seller was a part of an extensive project that documented a culturally distinct Muslim neighbourhood in south Mumbai. Photograph/ Chirodeep Chaudhuri 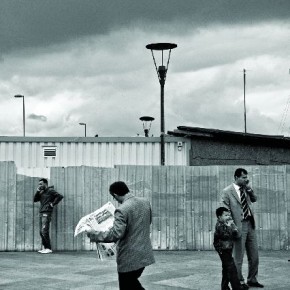 This photograph shot in Istanbul is one of his favourite images and is a great example of the subtle wit that underlines his photography. Photograph/ Chirodeep Chaudhuri 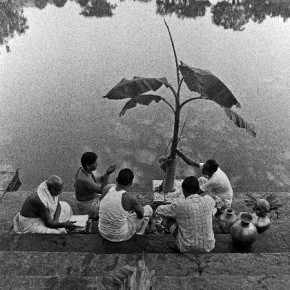 Chirodeep says that he is naturally attracted to quieter environments while shooting as he dislikes crowds and chaos. Photograph/ Chirodeep Chaudhuri 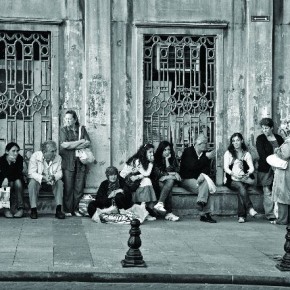 Chirodeep started working on a series on people sitting in groups, but did not develop it beyond the first few images. Photograph/ Chirodeep Chaudhuri 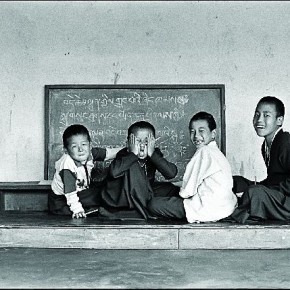 In addition to documentary and interpretative work, Chirodeep has also done a lot of travel photography. This was shot at the Pemyangtse Monastery, Sikkim. Photograph/ Chirodeep Chaudhuri 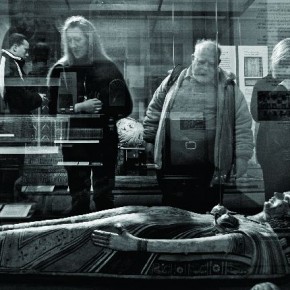 London is another city that he loves to shoot. This is a photograph shot at the British Museum. Photograph/ Chirodeep Chaudhuri