Chandni Gajria takes a trip through nature’s wonderful creations with Soumitra Pendse over tea and lots of photos. “We are only a tiny speck in comparison to the other creations of nature.”— Soumitra Pendse

Halfway through the interview, Soumitra Pendse interrupted me mid-sentence… “you have already asked me way too many questions,” he told me with a smile, and begged me to not ask any more. We burst out laughing. Over the next ten minutes, the tables were turned as Soumitra went on to ask me a number of questions, about my likes, dislikes, life, photography and experiences. Instead of me interviewing this photographer, I was the one being interviewed. This is exactly the kind of personality he has— friendly and easygoing, with an air that will immediately make you comfortable. This was the first time I met him, but he spoke to me at length as if he knew me for years.

Of course, when I had stepped into his studio, I did not really know what to expect. Having seen his commercial and personal work, I had a mental image of Soumitra Pendse, the photographer, but not so much of him as a person.
The following conversation that stretched on for over two hours told me more about a man who is as passionate about nature photography, as he is about life.

In the Commercial Realm
Of course, that is what his personal preference is. Commercially, the name Soumitra Pendse has been synonymous with a number of genres of photography, including industrial and food. He shows me some of his industrial work and launches off into a couple of funny stories, one of which happened when he was shooting in a container depot, which is a storage site for shipping massive containers. “The photograph needed an aerial view, for which I had to take the help of a container lifting machine. There was a point when I needed to jump from the lift onto a container, which I did quite easily.”

However, after he was done shooting, Soumitra tried to jump back on to the lift and lost his footing. “Next thing I knew was that I was flat on the ground. The entire area was covered with grease and I slipped in the middle of it,” he laughs.

According to him, this is the point where his commercial work meets his personal vision. Commercial assignments may be planned to a large degree, but there are always changes, mishaps and incidents that occur at the last minute. In the midst of nature, you have to be prepared for absolutely any change of plan, all the time. “One moment, the sun may be shining over you, and the next minute, you have to fish out an umbrella because it has started pouring,” he says.

A Love for Nature
Apart from shooting colour photographs of nature, he has recently started shooting landscapes in black and white. “Shooting nature in B&W can be extremely difficult. Most photographers today do not like to subtract colour from nature. In fact, they often boost the contrast and saturation to make an already beautiful scene look completely unreal.”

It is this effort to move away from the conventional picture postcard that inspires Soumitra to explore the subject in black and white. His technical expertise comes through in his striking use of the B&W medium. But he adds, “I do not really care about the technicalities too much. It is just nature that I really love.” 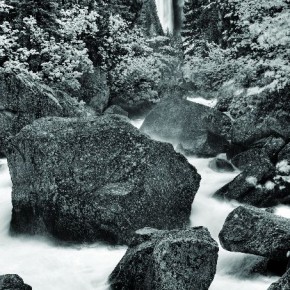 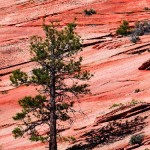 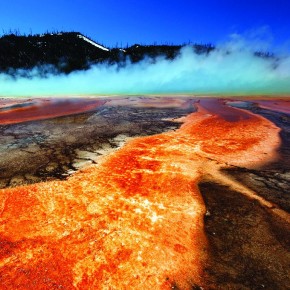 Made in the Yellowstone National Park, USA, this is an image of the colourful organisms that survive in hot geysers. Photograph/ Soumitra Pendse

Visualisation in the Digital World
According to him, achieving a good photograph, especially while shooting in black and white, is far simpler today. Digital photography has ensured that all one needs to do is click a button and adjust a few parameters in Photoshop. “But then, people need to realise that it is not just that,” he says. “Even if you read about the way in which Ansel Adams would shoot his stunning B&W landscapes, you will realise that it is not just about how the image is processed or printed.

It is all about the visualisation. You need to train your eye to understand the absence of colour, and accordingly understand what will work.” He relishes the challenge of shooting scenes that have a range of elements. Photograph/ Soumitra Pendse

Chapters of Life
His photographs work on two main levels. Some of them showcase the grandeur of nature, making you want to be a part of the scene, while others are more relatable, making you feel like you are already there. As we see one such photograph, Soumitra trails off in thought.

Going on a philosophical tangent, he talks about how nature excites, humbles and also gives us an insight into our lives. “After spending a few days away from the city, our approach towards life changes. This is when we realise that we are merely a tiny speck in comparison to the other creations of nature.”

He remembers how his parents were not too pleased that he wanted to become a photographer. “I was a Science graduate, so shifting to a new subject came as a shock to them.” Once he received their support, he decided to give it his all.

Of course, this was a long time ago. “I started off by covering small family events and now undertake long assignments. Everything that I have achieved is more than what I expected.” As I pause to reflect on this, he interrupts my thoughts again and asks, “Any more questions?” The interview may have been formally over, but as we spent more time chatting and looking at photos, Soumitra’s jovial nature and love for photography are all that shone through.

About Soumitra
If he had not been a photographer, he would have joined either the police force or the military services.  Despite being in the industry for two decades, he considers himself to be an amateur, as learning never stops. 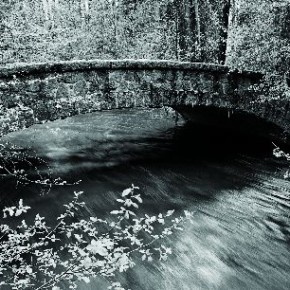 He prefers to shoot low contrast photographs that are rich in tonality, instead of capturing high contrast images. Photograph/Soumitra Pendse 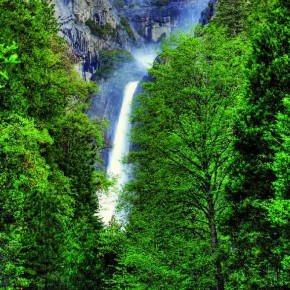 Soumitra’s photos make the viewers believe that they are experiencing nature through his eyes. Photograph/Soumitra Pendse 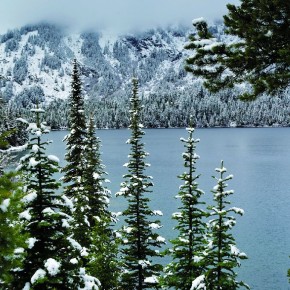 An otherwise monochromatic image. Soumitra likes the photo because of the trees in the foreground that add a dash of colour. Photograph/Soumitra Pendse