Matthew Wylie takes Conchita Fernandes through the delicate nuances of city life, ones that we often encounter but don’t see. Matthew finds himself automatically drawn to the film noir look, and is inspired by the works of Alfred Hitchcock and H G Wells. Photograph/Matthew Wylie Matthew Wylie is based in Toronto and teaches English studies, literature, and philosophy. He is a member of Tiny Collective and has had his work featured by National Geographic and other publications. His favourite film, author and book are The Tree of Life, Vladimir Nabokov and Lolita, respectively. His work also takes inspiration from Terrence Malick’s movies, especially the cinematography. His favourite photoessay is The Black Rose by Trent Park.

Imagine a world where we don’t have our thoughts to comfort us; where we are forced to consume the sights around us for what they are, without being able to perceive their meaning. Our personal thoughts are what keep us stable, I believe, and help us to construct our identities, piece by piece. Much like Matthew Wylie’s visual process, where he took on the cameraphone to project his thoughts and hopes onto the rather redundant realities that make up the everyday. That the picture we make with the camera is the imagination we want to create with reality, perfectly summarises the thought process behind his visuals.

Abstracting His Subjects
Matthew’s visuals are comprised of the everyday, occurrences and encounters so commonplace and subtle, that they are often missed. But instead of photographing these scenes as they are, he uses the camera to ‘abstract’ his subjects, thus allowing him a chance to convey a more interesting story. These narratives often originate from a preference for solitary figures and environments. It’s fascinating how he finds secluded spots in the busiest corners of a city. The subject though is obscured. This obscurity, whether deliberate or not, serves an important purpose; to bring to surface the various elements that make the image whole. You wonder if luck had anything to do with the bird fluttering its wings just below a pole line, or that of a swinging arm photographed at just the right moment, where it is in perfect alignment to a line painted on the road.

Predicting the Outcome
There is no compromise to Matthew’s vision. It is as much about patience as it’s about anticipating the moment, where all the elements are in perfect tandem with one another. After persistently shooting, his ability to foresee has become stronger. Undoubtedly, there have been several missed opportunities or scenes that have not worked out. However. the point is to never stop your eye from seeing and anticipating. “Seeing multiple things at once is key, at least for me. It’s quite similar to films and stories, where we are able to predict the ending. But when you’re out on the street the process has to be much quicker, within the span of a few seconds,” he states. He believes that there is so much that the camera catches that the eye cannot. “I like this aspect of photography and find it quite akin to literature, poetry, painting, and music—a ‘talking about love is like dancing about architecture’ kind of thing maybe,” he says. Photograph/Matthew Wylie

Constructing Multiple Narratives
Matthew, who works full-time in an academic field, often uses his writing to inspire his next photograph and vice versa. “I write at the same pace that I take photographs. I suppose, I use the atmosphere of a photo I have captured to inspire a character in one of my stories, or the imagery and the mood in a poem of mine. Sometimes I simply make it a creative exercise to intentionally seek on any given day, week or month of shooting, an image that I feel is my own representation of a character in another author’s story, or imagery and mood from the poem of another poet, or a motif from a play.” And just like open-ended narratives, Matthew prefers to leave his photographs with their loose ends. “Part of the exchange is creating multiple narratives,” he says. “What I am doing is giving my viewers some raw data so that they can tie the story together on their own.”

“I am personally more interested in how photography can break down the rules that seem to hound it, rather than merely following a tradition. With my work, I aim to comment on the photographer’s wish to document reality and impose their own subjectivity onto it.”

Seeing in Colour
While a majority of his photographs are shot in black and white, what’s seldom spoken of is Matthew’s colour work. While the subject matter continues to belong to the mundane, there is a certain simplicity and subduedness that echoes through, which differs from his sometimes stark and layered black and white photographs. Reflections and frosted surfaces are brought to life in his visuals, and are reminiscent of a certain master, Saul Leiter, who also made several such photographs within the throngs of the city. Mathew draws much of his inspiration from Leiter, evident not just in his colour work, but in his black and white photographs as well. He even mentions that when shooting in colour, “I am seeing the world through his eyes.”

Delete, Delete, Delete… Share
There was a time when Matthew photographed anywhere between 500-2000 photographs a week. Over the years, he has learned to slow down quite substantially, and shoots perhaps 10 images in a week. “The ease with which an image can be made today can lead to some very bad habits. Now, I treat the process as if it’s costing me money, like with film.” He also makes it a point not to retain photographs for too long; in fact, he deletes them immediately. There is simply no space for an ‘almost good’ photograph. “This discipline of deleting quickly has allowed me to be more objective with myself, and even a bit severe in terms of curating my work. Most of the photographs that I take are absolutely terrible,” he says. What I was most able to relate to from Matthew’s visuals were the solitary figures that inhabited his frames. Despite their solitude, there is a sense of flow, rather than inertia, which Matthew subtly evokes with the usage of lines and movement, both pointing towards a definite direction. As a viewer, you are not left lost. This, to me, is a promising scene, one where I don’t mind losing myself in entirely.

You can find Matthew’s work here. 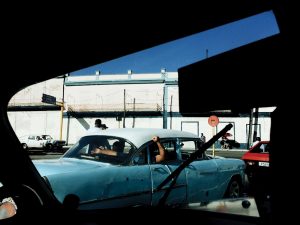 When asked if he would consider teaching photography in the long run, he replied, “Literature is my first love and I will see it through to my dying day. I will probably photograph the moment too.” Photograph/Matthew Wylie 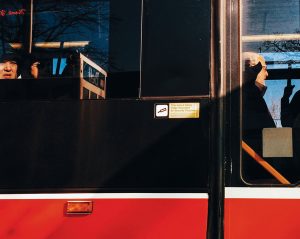 A section of a bus seen unusually… Matthew is of the opinion that while a lot of photographers emphasise on staying as close to reality as possible, he finds that it can be detrimental to one’s creative process, and limits the photographer’s vision to their gear and the project they are photographing. Photograph/Matthew Wylie 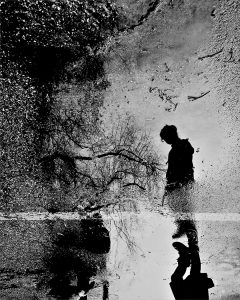 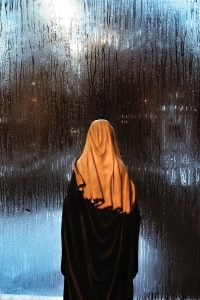 Matthew mentions how a lot of his photographs are a study of light and how it affects the mood in his visuals. Composition on the other hand, came rather easy to him. Photograph/Matthew Wylie 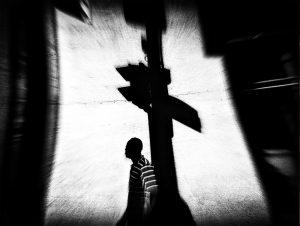 Matthew received his first iPhone in 2012 and was introduced to the Hipstamatic app by a close friend. Since then he has been shooting with the app, and the Lowy lens is his favourite. Photograph/Matthew Wylie 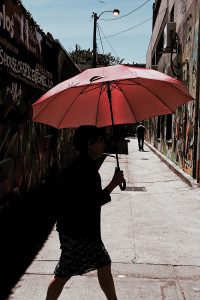 A lot of Matthew’s photographs are shot during his commute to work… Although he has reservations about the large influx of photographs today, he would rather have more photographers in the arena than keep it limited to a select few. Photograph/Matthew Wylie 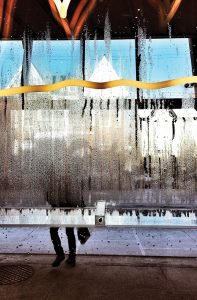 In images like this, one can gauge Matthew’s use of contrast to bring out the mood he wants to project in his visuals. Photograph/Matthew Wylie