Mark Power: The Ease of Certainty 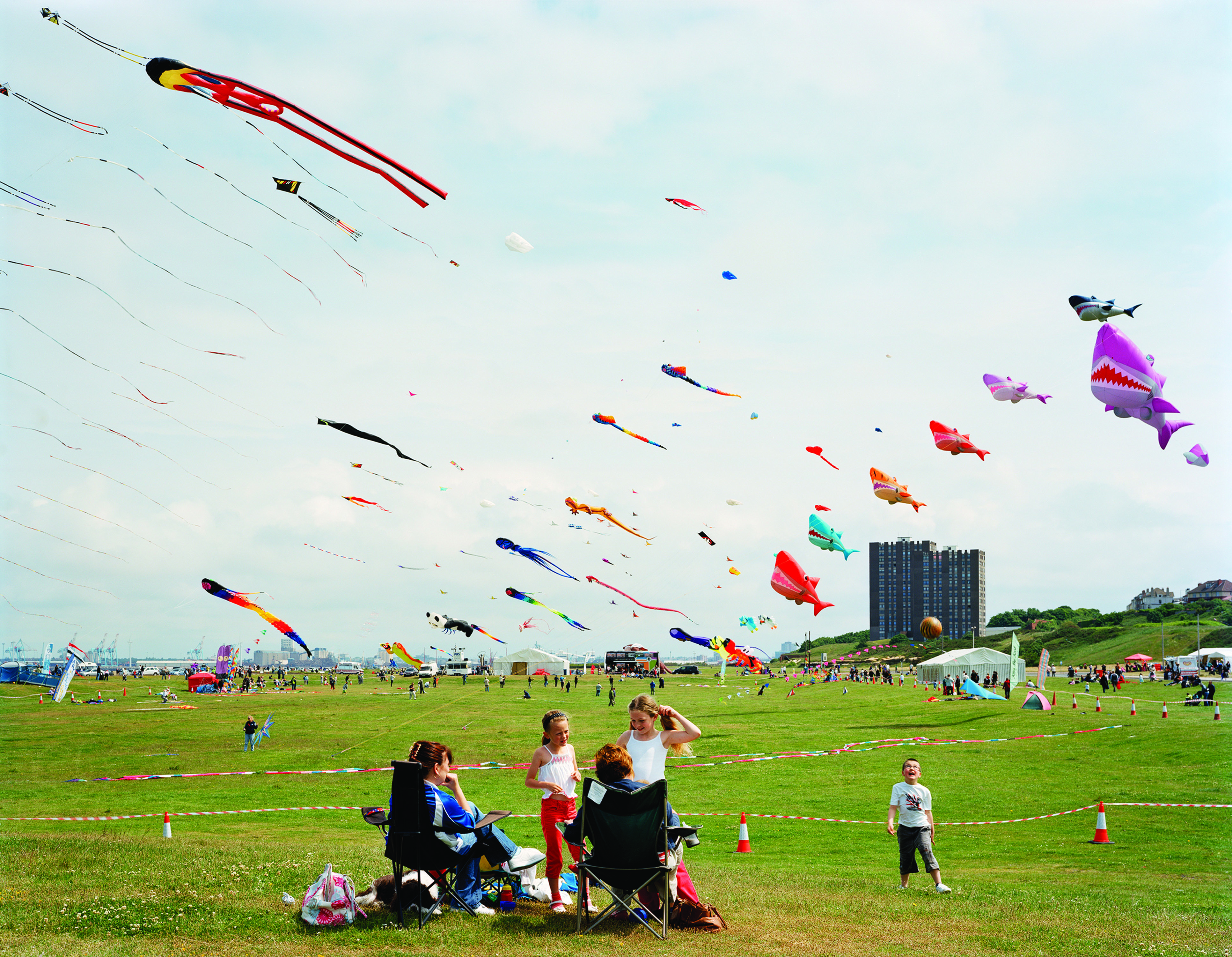 New Brighton, 2008. From the series Detroying the Laboratory for the Sake of the Experiment. Power collaborated with the poet Daniel Cockrill, to create this series. They travelled to different parts of England together, shared experiences, and responded to them independently, one with photography, and the other through poetry.

Perhaps the most discouraging experience for anyone deeply passionate about their craft is to grow disillusioned with their practice. When Mark Power’s spirit was dealt a blow after two years of working for the British media, he and his wife Jo simply packed their bags and drove to Spain in a canary yellow campervan. Equipped with a Leica M2, a single lens, and a bag full of black-and-white film, Power intended to breathe life back into his love for photography.

A Winding Road
“In the 1980s and early ‘90s the kind of photography that I was doing wasn’t taken very seriously outside the news space,” he says. At the time it was difficult to exhibit one’s work if they were also getting published in the newspaper. Moreover, he was beginning to feel like he was stuck in a rut. Upon introspection, he realised that his work wasn’t coming “from the heart” anymore. And so he drove, chasing the warm splendour of the Spanish sun. 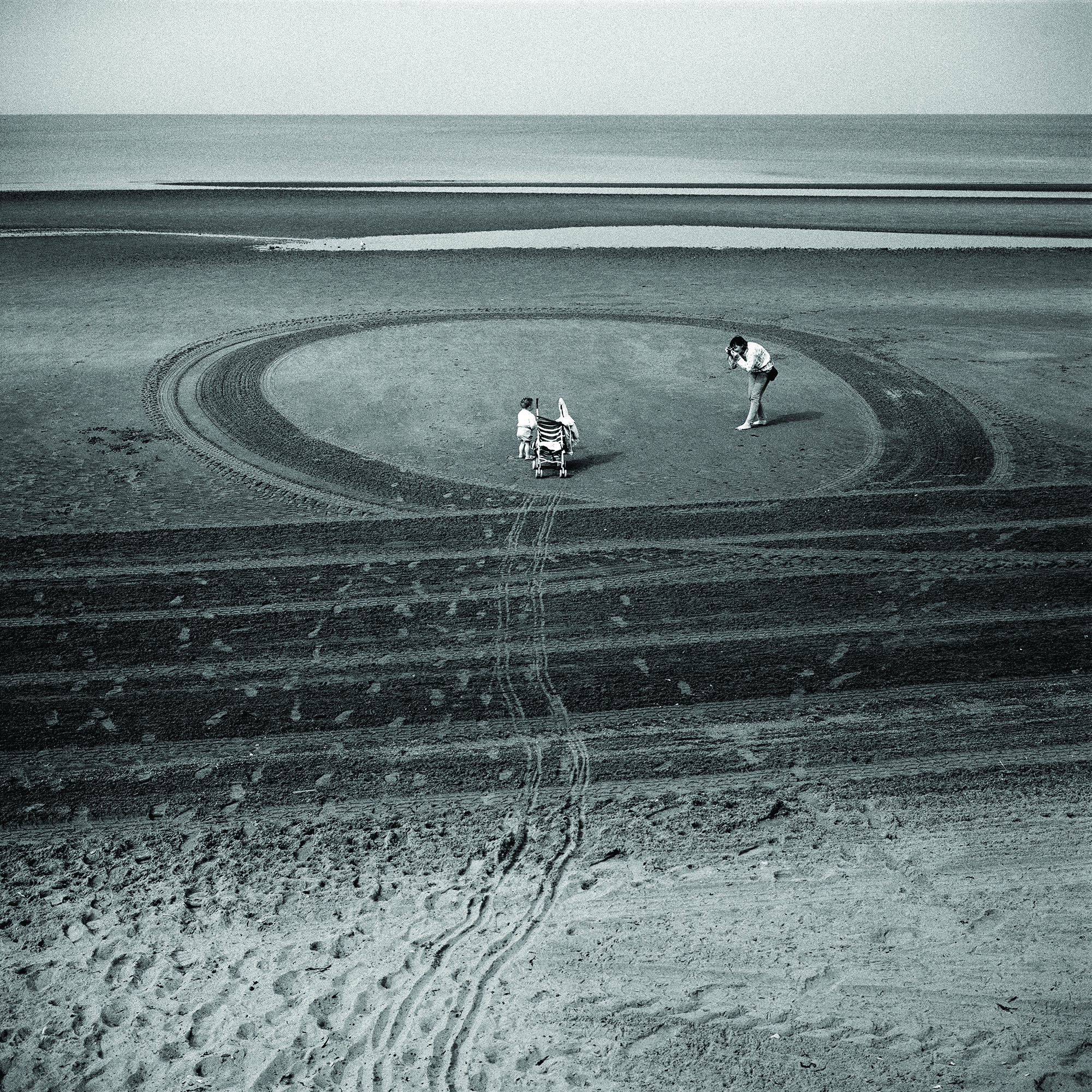 He went there with an open mind, and as weeks turned to months, the joy of his practice began to be restored. In 1992, soon after his return to the British isles, he took up a teaching post in photography at the University of Brighton. Years down the line, he was granted membership to Magnum Photos.

A Lasting Impression
Early in his youth, Power had familiarised himself with his father’s fascinating homemade enlarger, which constituted “an upturned flowerpot, a domestic light bulb and a simple camera lens.” However, years down the line, he decided to pursue a degree in Fine Arts instead.

It wasn’t until his third year of college that his interest in photography reemerged. Power was making his way back from a painting exhibition, when he came across a photography exhibit of Don McCullin’s work. There, he happened upon a woman who’d been moved to tears by the images on the wall. The moment had a profound effect on him. He came to recognise the democracy of photography, and the fact that it communicates so directly and powerfully. 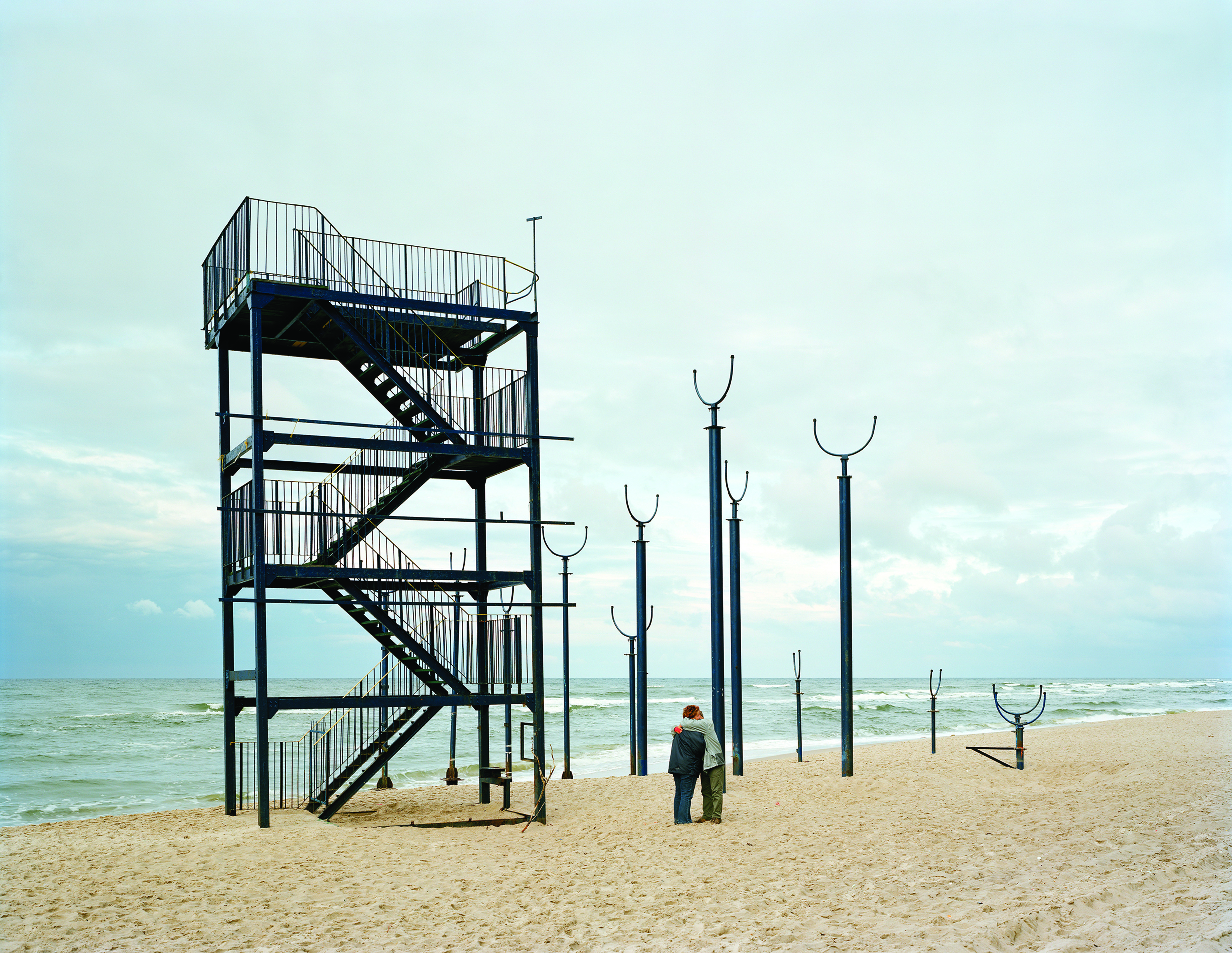 After completing his degree, Power travelled widely around South-East Asia and Australia, taking up a number of odd jobs to support himself. During this time, he frequently made pictures with a cheap £50 device, and at one point, even took charge of a camera department belonging to a large chemist in the Western Suburbs of Sydney. Eventually, in 1983, he came to the conclusion that he truly wanted to pursue a career in photography.

Just Like Fishing
What followed was years of hardship and perseverance. Power came close to giving up as he was unable to salvage a living out of the profession. But fate lead him to Berlin the night the Wall fell in 1989.

Caught by surprise, he made numerous pictures as history unfolded before him. The black and white images captured the boundless joy, disbelief and chaos surrounding the extraordinary event. It was a turning point for him as his career was financially rescued. 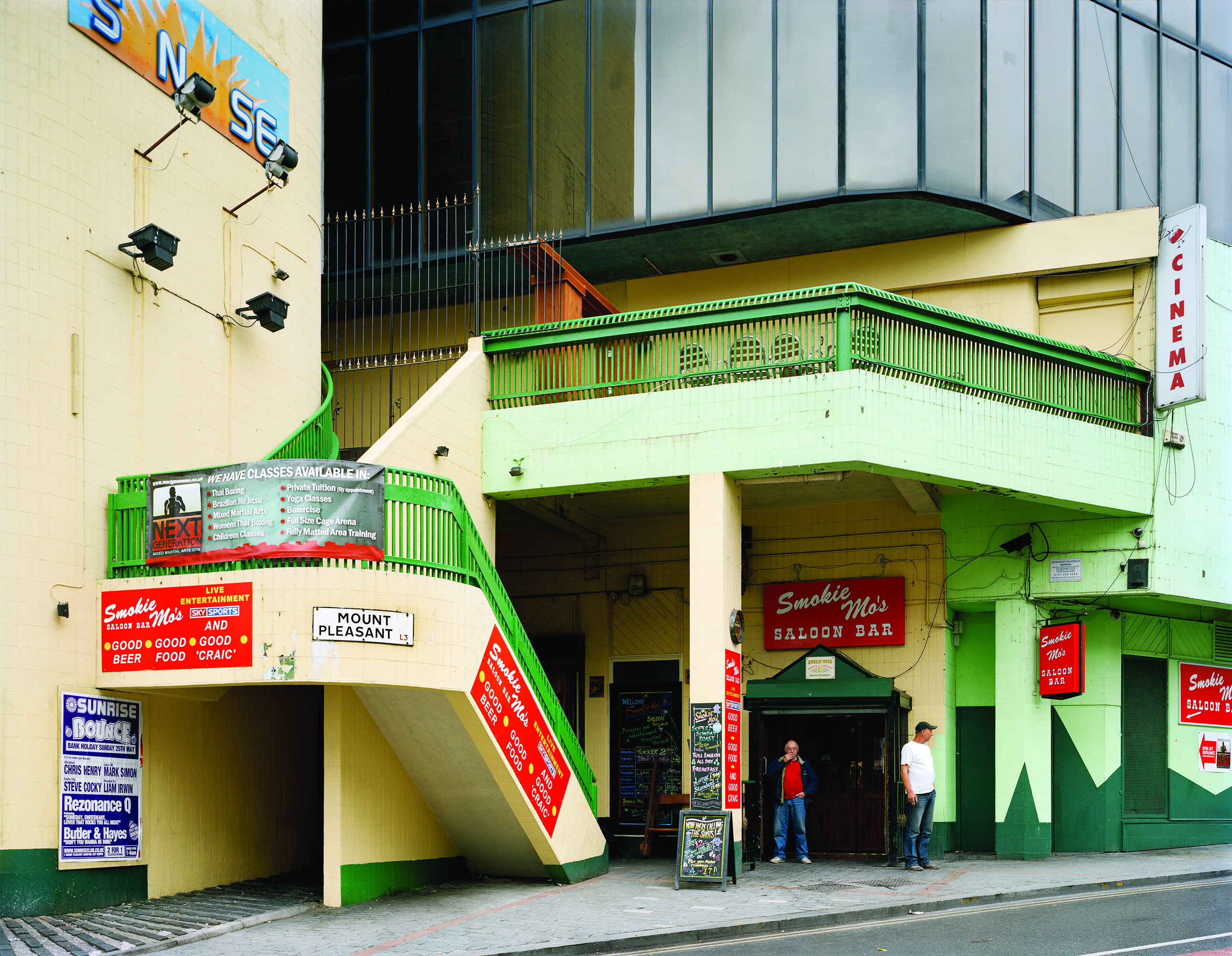 Liverpool, June 2008. Destroying the Laboratory for the Sake of the Experiment.

To this day, he continues to lay emphasis on the need for patience, as he feels that quite often, people are too restless to realise any real accomplishments. “Waiting to get the right picture is like waiting to catch a fish,” says Power.

He also feels that oftentimes, when a person tastes success early on, they are unable to deal with the pressure that follows. “My career is built on fairly strong foundations constructed over several years and many projects.” He is cautious about what goes out into the public realm.

Clarity of Vision
Power is most certainly meticulous about his process. Due to his years working with newspapers, he is able to find a frame quickly and execute the task with swiftness and precision. He makes an effort to remain objective in his documentation, but doesn’t deny the subjectivity involved in what he chooses to include in his frame. His large format images don’t usually tell the viewer exactly what to look at. They generally contain several layers of information, where everything from the cars to buildings to lampposts appear equally clear. “That gives the pictures a degree of objectivity since it’s the way we would experience a real landscape.” 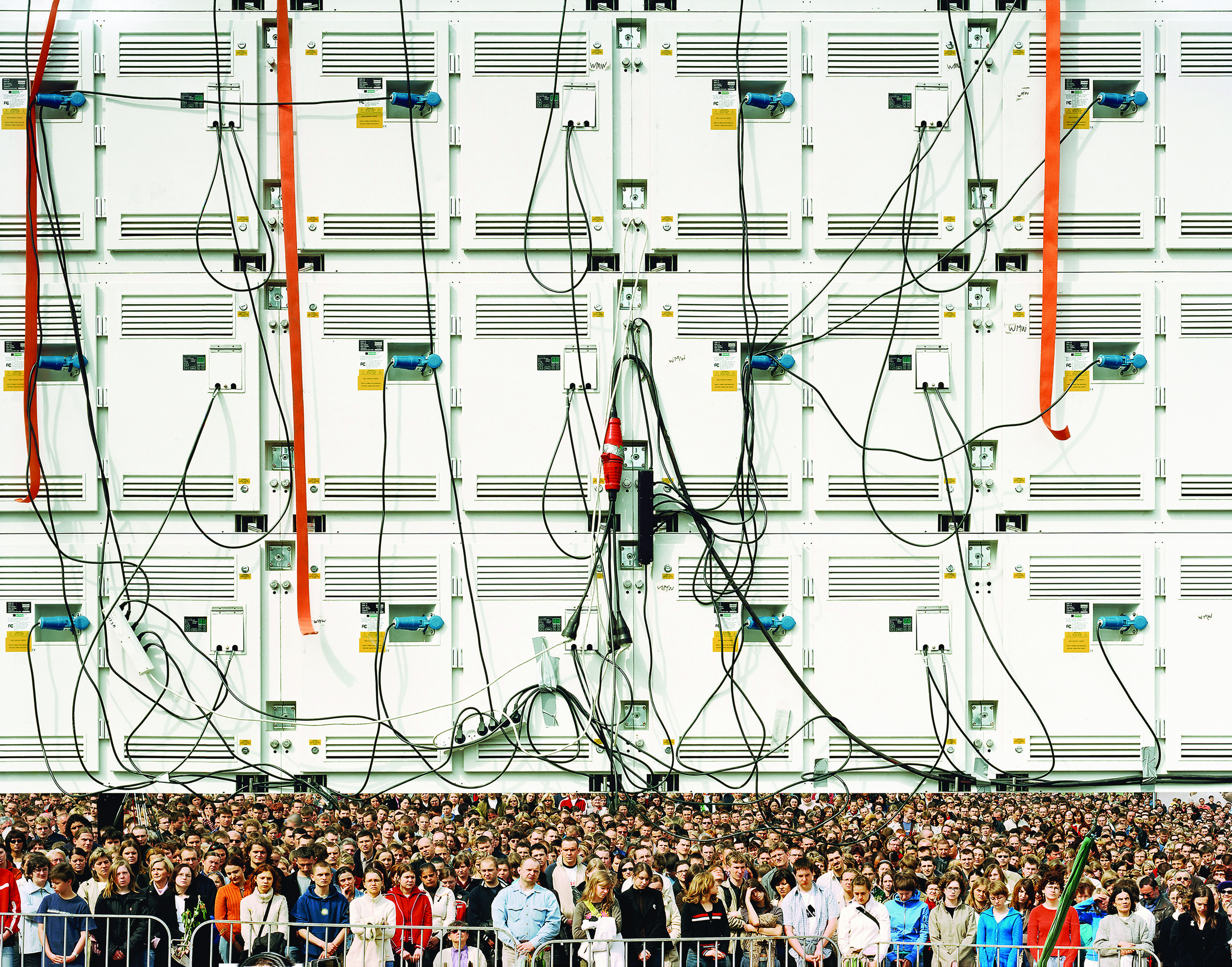 Warszawa, April 2005. The Sound of Two Songs. People watch the live broadcast of Pope John Paul II’s funeral in Warsaw, Poland. Power wanted to include an element of technology because the late Pope had embraced it during his time and had become the most widely recognised Pontiff because of it.

“I consider my work to be technically competent,” he says. Well before he releases the shutter, Power has a fair idea about how the picture must be presented. He believes that shooting the image is the easy part, but their editing and sequencing is far more challenging. “Making short narratives defines the work and it’s at this point that one must become clear about what one is trying to ’say’ while at the same time leaving it reasonably open for interpretation.”

Beauty of the Overlooked
The confidence in his abilities has grown over decades of labour. A notable experience for him was when in 2004, he and nine other photographers had been commissioned to make pictures in each of the countries which had joined the European Union that same year. Power’s brief was to photograph his experience of being in Poland for a month. At the end of the assignment, their results were to be shown at the Centre Pompidou in Paris. This was his first cultural group project with Magnum Photos. 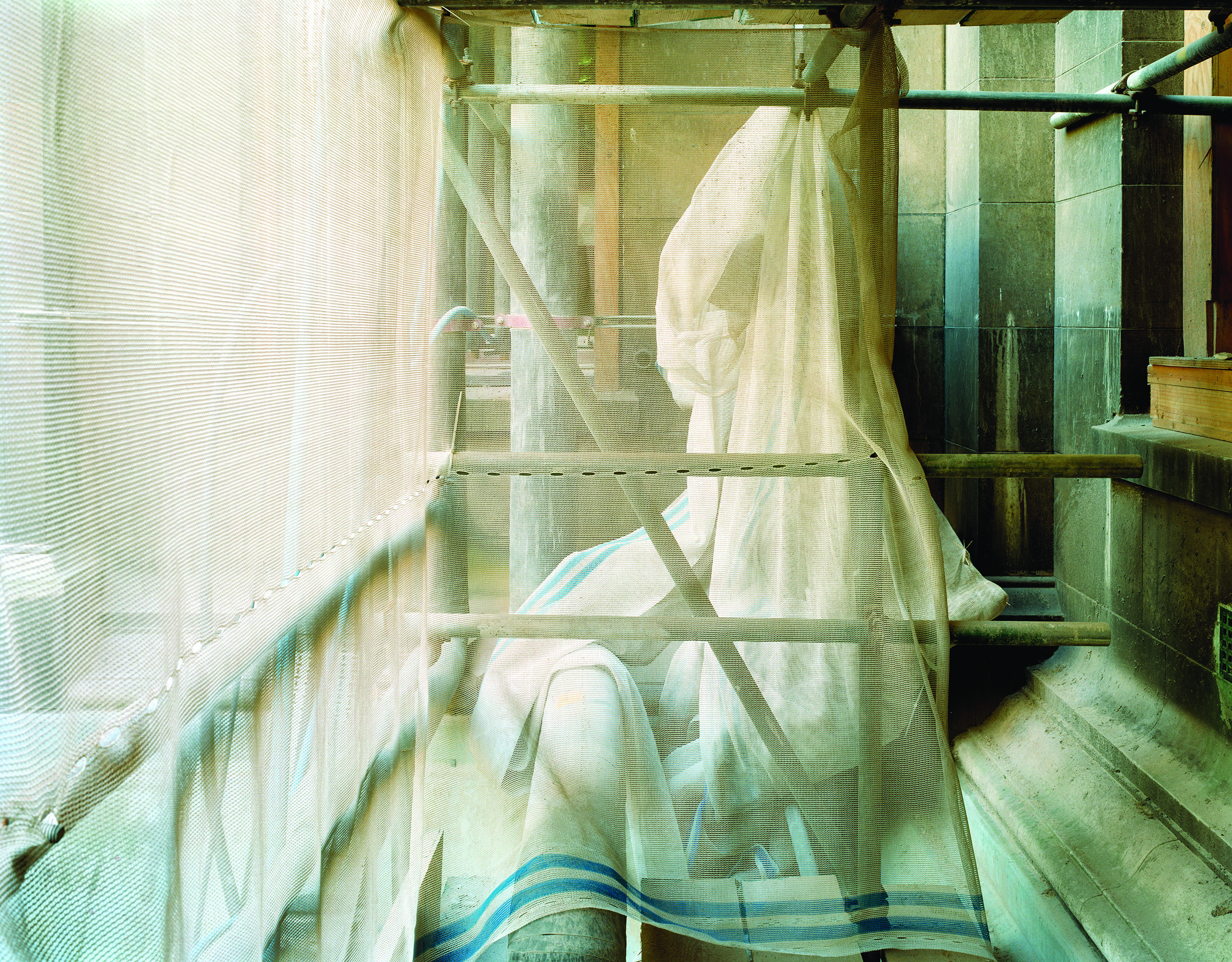 While he gazed over the sprawling city of Warsaw from his rented apartment, Power felt lost and intimidated by the magnitude of the project. Uncertain of where to begin, he headed to Białystok, a city towards the east of the country. As he wandered the streets with his large camera and a tripod over one shoulder, he began to feel increasingly uncomfortable about the eyes on him. “In retrospect,” he said, recalling the incident at a TEDx Talk in 2012, “if there was anything wrong, it was my body language. It was full of self-doubt, and lack of any idea of what I was doing there.”

He eventually overcame his inhibitions and gradually found himself falling in love with the country. So much so that at the end of his one month commission, he spent another five years working there, after which he published a photobook titled ‘The Sound of Two Songs’, a body of work dedicated to the charming, yet largely neglected aspects of Poland.

Quietude and Contentment
Sean O’Hagan described rather aptly for The Guardian how many of his photographs hold power in their “suggestiveness.” Their appeal further lies in their stillness and silence. One could gaze at his photograph of a dead cat wrapped in plastic, and be left only faintly disturbed. 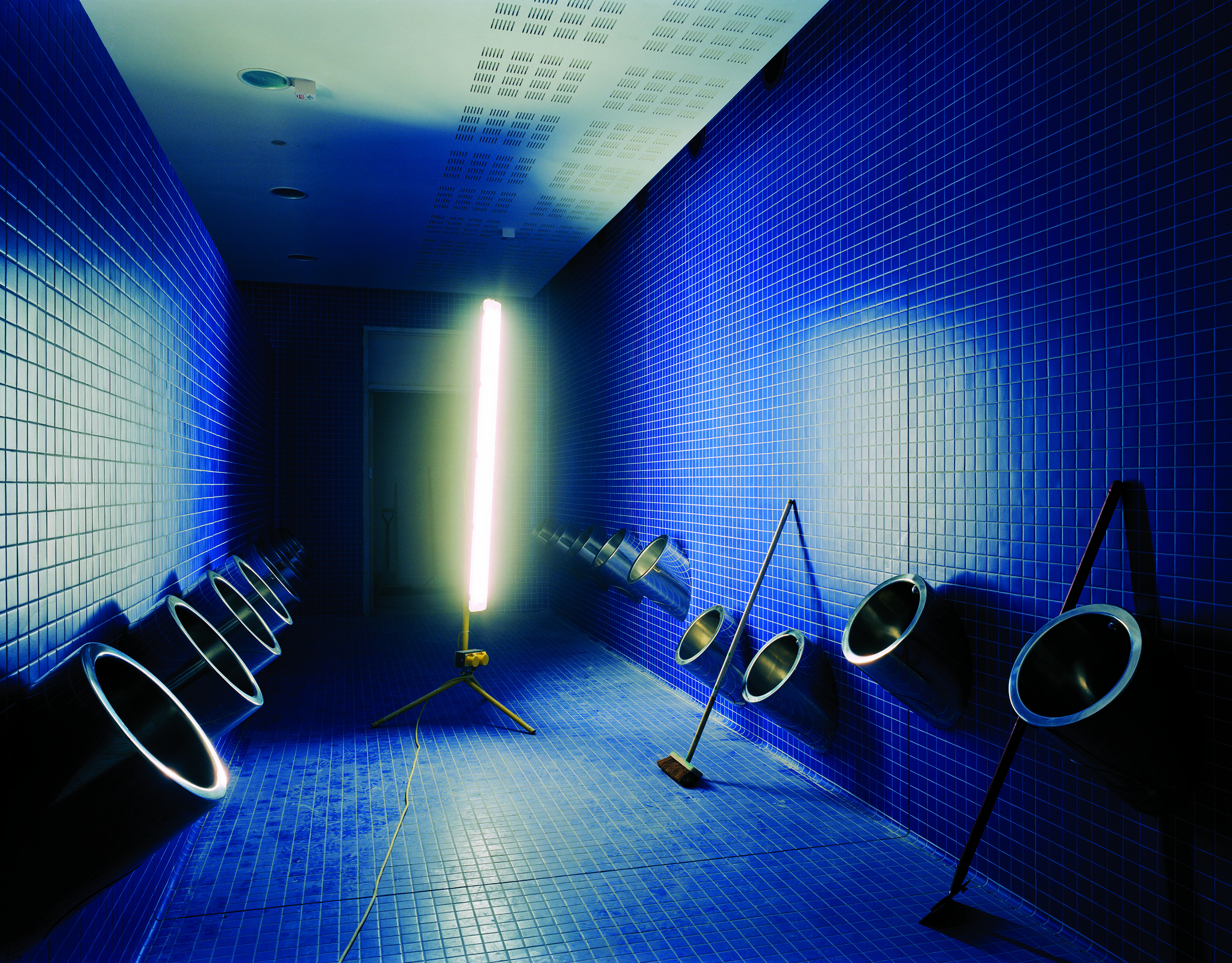 5 February 1999. Superstructure. He was commissioned to document the construction of The Millennium Dome from ‘97 to 2000, and the renovation of the British Treasury from 2000 to ‘02.

The use of a large format camera further magnifies his inclination towards capturing overlooked details. His father, who was an engineer, had a sense of order which has seeped into Power’s style. But after 35 years of photography, he has developed a voice of his own, which for him, is a source of great satisfaction. “Everyone always struggles to find the one thing that’s particular to them. I like to think that I’ve found mine.”

Mark Power joined Magnum Photos as a Nominee in 2002, and became a full Member in 2007. He likes to take endless walks with his dog, Kodak, and spend time with his family. His work has been published widely and you can find more at www.markpower.co.uk 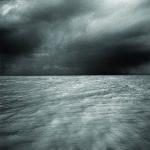 Wight, Saturday, 18 February 1995. “Northwesterly backing southwesterly 6 or 7, increasing gale 8 for a time. Showers then rain. Good becoming moderate or poor.” Images from the series The Shipping Forecast. Power paired each image with the forecast broadcast that same day on BBC Radio for those setting out to sea. 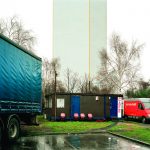 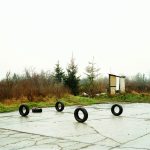 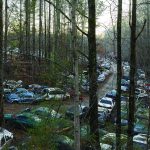 Waco Georgia, January 2017. Since Postcards ended, Power has continued to make several visits a year to the US and plans to continue working there for a decade. 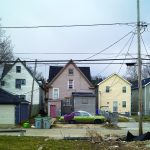 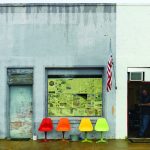 Lead Hill, Arkansas, October 2016. Postcards for America was a series born out of informal discussions between Magnum photographers who wanted to work together without the constraints of commercial assignments. There was no agenda; they were solely driven by a shared curiosity of how the country had evolved. 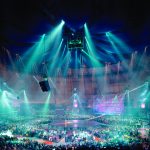 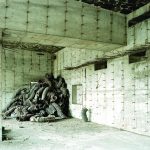 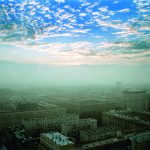 Warszawa, 2006. From the series The Sound of Two Songs. Power was initially apprehensive about this project in Poland. But after befriending Konrad Pustoła, a Polish photographer, he was able to see his “peculiarly Soviet-looking” surroundings in a new light.