Many of his photographs feature landscapes juxtaposed against the night sky. This is to showcase the enormity of the sky that envelops our world.
Photograph/Manish Mamtani

Manish Mamtani journeys across the landscapes of USA, in search of sparkling skies. Natasha Desai quizzes the photographer about these celestial bodies.

Our childhood experiences are often our companions through adulthood. I find that these experiences manifest themselves in ways we would never really think of. Growing up in Nagpur, Manish Mamtani could be found atop his house on most nights. On the terrace, the skies revealed their stunning beauty to him. He would look out for constellations and formations as he fell asleep in their glow.

This fascination with the night sky still finds a way into Manish’s photographs, as he sets out on frequent trips to capture the night skies of America. “To me, the stars are not just sparkling dots in the sky… they are prized jewels visible to those who seek them.” The most important aspects of Manish’s gear are his tripod and shutter-release cable. Without these, camera shake will be inevitable at the high ISOs required to shoot the night sky.
Photograph/Manish Mamtani

Wanderlust Takes Over
Manish began photographing the different landscapes he encountered on his travels for work, several times a month. He grew so fond of exploring the outdoors that he continued shooting through the weekend, instead of making his way back home. Manish created this panorama by stitching together seven vertical photographs. This is because of the vastness of the Milky Way galaxy.
Photograph/Manish Mamtani

Photographing the majestic sights of nature carries its own set of challenges. With a tenacity to find the best possible settings and conditions for his frames, Manish revisits places for as long as it takes to get the best possible result. His photographs have been noticed by prominent organisations like the International Dark Sky Association and the US Department of the Interior.
Photograph/Manish Mamtani

“Weather in the USA can be very unpredictable, especially when it comes to night skies. The change in season also makes a lot of difference. If I visit a place in spring with lush greens, I come back in a few months to find the same place covered with vivid fall colors or even snow.”

Manish usually goes out to shoot alone, although his wife occasionally accompanies him. “Even though I shoot by myself, I never feel any kind of loneliness. I feel almost complete whenever I am close to nature. It is what drives me to show everyone the real beauty of the landscapes around us. Being one with nature can put many things into perspective, like nothing else!” Manish keeps himself constantly updated about natural phenomena that are about to occur, allowing him to prepare for a trip in advance.
Photograph/Manish Mamtani

Much like mankind’s desire to go where no man has gone before, Manish’s next frontier is to explore deep sky photography. “You never know… I may even spot a UFO some day,” he says with a chuckle.

I see a sense of wonder in Manish, probably brought on by his peering into the skies. “There is so much out there that we are unaware of. I appreciate our existence, which is frankly, nothing more than a tiny dot amongst billions of galaxies.”

“I don’t think the night skies will ever cease to amaze me. With each trip, I discover something new.” To control the spectrum of light in his infrared photography, he uses external filters like the 590nm with his modified Canon 6D camera.
Photograph/Manish Mamtani 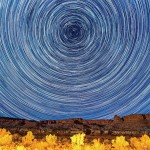 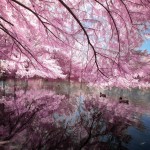 Manish realises the importance of being one’s own harshest critic. He often revisits his photographs to understand his mistakes and figure out what he could have done better. Photograph/Manish Mamtani 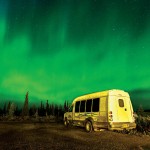 He looks out for moonless nights, in order to get the darkest skies. He also prefers shooting far away from the cities, where the light pollution is the least. Photograph/Manish Mamtani

This interview originally appeared in the July 2015 issue of Better Photography. About Manish Mamtani
He is a self-taught, avid photographer whose work has been published in various periodicals like National Geographic, Vanity Fair and Nature’s Best Photography. Manish went to the USA as an IT consultant, but now plans to take up photography as a full-time career. His favourite pastimes are mimicking Bollywood actors and listening to ghazals. You can view more of Manish ’s photographs on his website.