Ambarin Afsar speaks with Clare Gallagher and learns that god lives in the details, and in the simple moments of everyday life, which pass us by.

This story was originally published in May 2013.

Most of us have turned the camera inwards quite often—towards our spaces, our homes and our families. We all want to preserve memories and save a significant moment from our own personal history. However, speaking to Clare Gallagher, a photography lecturer and a mother of two, made me realise that there is more to life than moments of drama and spectacle. Clare explores the states of mind and ordinary activities that fill our days.

The Good Life
“I suppose I approach photography from an anti-capitalist stance. Capitalism encourages us to feel dissatisfied with what we have and what is around us. It urges a yearning for the new, the exotic, and the spectacular in order to incite us to consume more and more. But really, in my corner of the world, life is pretty good.” For Clare, photography is about appreciating ordinary moments and considering them just as valuable as the special moments that get all the attention.

“I try to photograph the things that I overlook for their ordinariness.” She hails from Northern Ireland and since her art college days in England, believes that everything around her is quite fascinating. It is all the material she needs. Photograph/Clare Gallagher

The Domestic Drift
This is most evident in Clare’s series, Domestic Drift, which, in a way, is also about connecting with her children, about recognising impermanence, and having noticed that fleeting moment at all. “As a grown-up, I find that I am so caught up in doing that I rarely just appreciate what is around me. When I look at a mess, I immediately feel like I should be tidying or cleaning. And as any parent knows, cleaning is never finished. Soon, I realised that moments of mess and chaos, tenderness and quiet, creativity and fun were passing me by, while I rushed around doing things.”

The Ugly Stuff
Clutter and chaos can be quite overwhelming and also, confusing. So, how does Clare pick and choose her subjects? “I try to photograph the things that I overlook for their ordinariness. This is usually the ugly, messy stuff that challenges me, and the objects that hold traces of the people around them.”

One evening, I came home and found a ladder and crayon marks all around the wall. My immediate thought was, ‘Oh no, my wall!’ but a split second later, I saw the creativity and humour in it.” She has always wanted to record real things and lived experience. Photograph/Clare Gallagher

Stowing Away Photographs
Things change quite quickly in the course of a regular day at home, especially with two feisty kids running around. How does Clare manage to make any pictures at all? “I do not use a tripod as I want to be able to respond and record quickly. Usually, I use a light meter, take a shot or two, put the camera away from inquisitive little hands and get back to what I was doing.”

Of Resident Graffiti Artists and Laughter
Clare’s photographs show a sense of humour, almost as if she made a picture, all the while chuckling about it. “I don’t ever construct my images or change anything—the piles of socks are not artfully arranged and the scribbles are definitely not commissioned! One evening, I came home and found a ladder and crayon marks all around the wall. There were even four blobs that reminded me of our family. My immediate thought was, ‘Oh no, my wall!’ but a split second later, I saw the creativity and humour in it.”

A Different Kind of Graph
Usually, people chart their family’s progression in occasional photos and statistics like notches on the wall to indicate how tall the kids have grown. But Clare did a different kind of documentation, and I was curious to know whether it had enhanced her bond with her children. “Looking back, I really appreciate how transient those moments were, how much the images show me of my children’s personalities and their changing interests and activities. I am glad I chose to look beyond the to-do list.”

I was surprised by how people told me that it resonated with them, recalling their own time raising children and struggling with home, work and family.” Her images are distinctly low contrast with soft hues and washed out colours. She says that Northern Ireland is so dark in the winter that light becomes really precious. It is this fact that probably comes across in her images. Photograph/Clare Gallagher

Quiet, Special Moments
Her series is filled with moments that usually seem too ordinary for us to pay attention. But she is sure to have developed an attachment for them, I surmise.

“Two photographs from the series were taken practically minutes apart from each other, on the same weekend. They really stick out for me. The kids had thrown cereal all around the kitchen and I was furious. I sent them outside, and went upstairs for a little while, to calm myself down. When I came back to clear up, the kids had filled the kitchen roll of paper towels with dandelions as an apology, and scarpered. It was just so touching.”

Timeless Childhood Summers
When I first saw Domestic Drift, I instantly thought of summers in my childhood and all the mischief that vacations brought along. I wondered whether Clare’s work reminded other people of similar things as well.

“Over the years, I had encountered a dismissive attitude to women making art about home. But, I was surprised by how people told me that it resonated with them, recalling their own time raising children and struggling with home, work and family. It reminded them of just how difficult it is to really see the loveliness in those transient moments when you are in the midst of them, and how quickly they disappear.”

It is these images, excluded from family albums filled with birthdays and anniversaries, which make up Clare’s graceful series. And it is these images that remind me of home. One of her favourite images, Clare feels that the picture captures the mundane and the precious—the dirty radiator and the kitchen bin, and also her connection with her son. Photograph/Clare Gallagher

She cites her friend and colleague Kay Lynn Deveney as a warm and encouraging influence. She also considers her mother as being a strong role model in helping Clare be a working mother. Reading is hugely important for Clare. She considers diving into a book very immersive and absorbing. She loves Profit and Loss, a book by Leontia Flynn, a Northern Irish poet who writes about the everyday and the domestic.

To see more of Clare’s work, you can visit www.claregallagher.co.uk 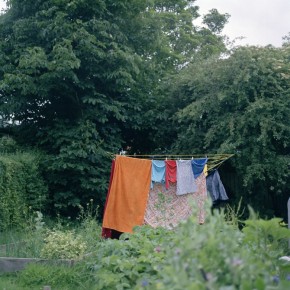 Clare shoots on Fujifilm, which offers great colours, according to her. She is very meticulous about exposure. Photograph/Clare Gallagher 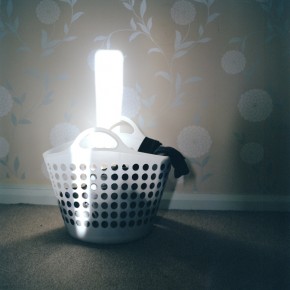 A successful image takes one or two tries. If she needs more tries, then she knows that she is being sloppy. Photograph/Clare Gallagher 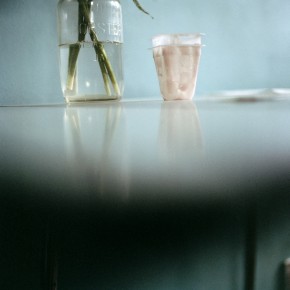 For Clare, a good image is one that challenges her in some way and rewards further contemplation. It makes her think more profoundly about its subject matter. Photograph/Clare Gallagher 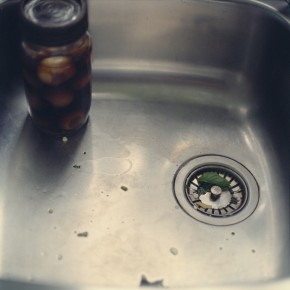 Photography has taught Clare to look at what is around her, and to feel how plentiful life is. Photograph/Clare Gallagher