Lost in Translation with Tamas Dezso Tamas Dezso speaks to Natasha Desai about his experiences of photographing two countries recovering from an oppressive rule.

There is a slight feeling of being unsettled as I view Tamas Dezso’s photographs. The images speak to me in a whisper. The visuals are of still and silent places, that have a very small chance of coming into the spotlight. While Romania and Hungary try to recover from an oppressive communist rule, Tamas’ lens is trained on these countries and their people, capturing the struggle, telling their stories, lest they be forgotten.

From Photojournalism to Documentation
“Family tradition steered me towards becoming an engineer, but it was the freedom of photography that attracted me towards it,” he says about the beginning of his career.

His experience as a photojournalist gave him the habit of routine and discipline. He brings these practises to his personal work, along with the expertise to deal with technical issues.

“I wanted to express some more complex ideas, mainly examining the transition period in Eastern Europe. The mutual influence of documentary photography and fine art photography has occupied me for years,” he says. The move from photojournalism to creating his own work seemed like a natural process. His observations of his country as a child led him to form the theme of his ongoing work. Photograph/Tamas Dezso

Childhood Influences
Growing up in Budapest, he was witness to the effort of his country to pick itself up from the clutches of a difficult rule. He says, “In school, I experienced the atmosphere of the weakening communist dictatorship in the 1980s and its effect on everyday life. Those personal experiences have led me to photograph the remains and still palpable effects of the Hungarian dictatorship, parallel with those of the former, much harder Romanian dictatorship.”

Romania Calling
While he knew Hungary closely, he visited Romania often as a photojournalist. He was very aware of the deterioration there.

“The spectacle of the landscape in Romania, sometimes untouched, sometimes being pillaged and destroyed by the political regimes, kept returning to my mind,” he says. “I had to represent a parallel story about the political changes there.”

“My relationship with the country and the atmosphere had a lot to do with the quiet and solitude in my images.” His approach to Hungary is through its citizens, those who know their country well and are affected daily. Photograph/Tamas Dezso

Absorbing to Understand
Lately, when Tamas has not been on the road, he has been busy immersing himself in Romanian culture. This is to understand the land and its people more than he already does. He has been reading books on the Romanian revolution and recently saw a play by contemporary Romanian playwright Dan Lungu, addressing the post-communist dictatorship period.

Mapping it Out
Tamas is working with writer Eszter Szablayar to tell stories of the people they meet during their travels. “Sometimes we come across places that have not been mentioned in any sources. We spend a long time at each location, talking to people about their conditions of life, personal history, what they went through during the time of the former political regime and their everyday life at present,” he says.

With Open Arms
In Romania, he received an unexpected welcome. “The people’s openness, their startling frankness and their mystical stories fascinated me,” he says. “For them, a stranger who sits down with them, is curious about their culture and would like to talk and make photographs seemed like the most commonplace occurrence. They are proud of their traditions, their lives that they have created and maintained with hard work,” he says.

I realise that the struggles of people and disappearing landscapes is a theme whose echoes can be heard worldwide. With works like his, our collective conscious is sure to remember. Tamas’ photographs are dominated by the colour white, which he feels is characteristic of the places he photographs. Photograph/Tamas Dezso

Gadgets and Gear
• Tamas uses the Phase One 645DF+ camera with a Phase One IQ280 digital back and Schneider Kreuznach lenses.
• He maintains the discipline of film photography in his work and finds that he does not have to discard many pictures from his shoots.

Tips by Tamas
• You need to be technically sound so that you can pay full attention to your subject.
• Sufficient time should be devoted to developing a topic. The lack of expertise, knowledge or emotional bond may make your work powerless.

About Tamas Dezso
His biggest photography influences are Richard Avedon and Josef Koudelka. Apart from being exhbited all over the world, his work has appeared in TIME, The New York Times, National Geographic, GEO and Le Monde magazine, among many others. He is fond of attending literary readings and classical music concerts. 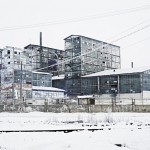 Hungary has faced enforced industrialisation, the remains of which Tamas captures. Photograph/Tamas Dezso 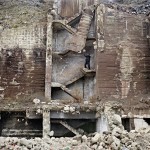 The decay of an oppressive rule is reflected in Tamas’ work. Photograph/Tamas Dezso 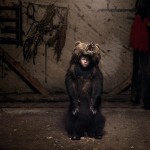 It is never an outsider’s perspective Tamas conveys. You become a part of the image and the person he photographs. Photograph/Tamas Dezso