Olya’s series A plague o’ both your houses is currently exhibited at the Chennai Photo Biennale (27 February–13 March). Photograph/Olya Morvan Olya Morvan: “There is nothing romantic about war. It is just death and destruction.”

This story was originally published in March 2016.

“War does not decide who is right but who is left,” wrote George Bernard Shaw, while also serves as the opening statement for Ukrainian photographer Olya Morvan for her photo series, A plague o’ both your houses.

In the series, Olya captures the humanistic side of war, by documenting the recent pro-Russian unrest that took place in Ukraine. “I realised that what was happening was more than just news… these are real people, they look just like my family, it could be my family stuck in the war,” she said. “In the beginning, I was fascinated by how different ideas could make people fight. In the end, I realised that no matter who is right, no matter who is wrong, everybody lost. Families from both sides bury their beloved ones, people from both sides are stuck in a war limbo.”

Olya then began documenting the cruel realities of war. Once, a drunk rebel pointed a Kalashnikov at her and wanted to shoot her for photographing in a hospital. “Through my series, I hope the viewer realises there is nothing glorious about war. Young people who never saw the war, romanticise it.” 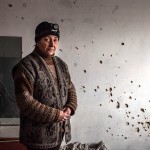 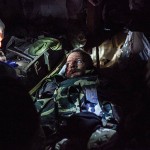 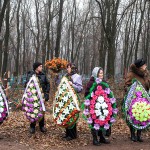