Klaudia Cechini: In Search of the Self Her photo sessions are usually inside her house as she considers it as an asylum and a sanctuary. She plays around with everyday objects like notes, books, laundry and bedding. The basic idea is to be at a place where she can feel safe, secure and at ease. Photograph/Klaudia Cechini

Klaudia Cechini opens up to Supriya Joshi about her journey to discover her sense of being with a little help from photography.

How would you feel if one day you wake up, completely disinterested in doing things that would come naturally to you? This was the emotional turmoil Polish photographer Klaudia Cechini would go through. “I used to express myself by painting and sketching, and one day I just could not. I could not hold my hand steady for even a moment. It felt like my gift was snatched away from me,” she said. Today, she is know for her evocative photographs. This is her journey of finding herself through photography. Her tripod is made of shoe boxes. She sets her phone on it and places a mirror in front of it to see her body composition. The self timer does the rest of the job. Photograph/Klaudia Cechini

Finding Beauty in Pain
In 2011, Klaudia was at a doctor’s office, when she saw a woman covered in bruises being brought in. At first she was intrigued, and every time she went in for a checkup, she would find the same woman there. “No one would speak with her, and I never saw anyone visit her either,” she said. “I could not stop thinking about her. All I could think about her feelings and what she must be going through. I wanted to do something for her, and the first thing that came to mind was photography.” She is inspired by feelings. “As long as they are real, I find the need to express them.” Photograph/Klaudia Cechini

She did not think too much about how she would shoot or what device she would use to capture the images. She simply picked up her phone and began photographing the woman. “I began to shoot my perception of her thoughts and feelings. This experience really shook me out of my own creative coma and I began my own journey into photography as a means of self-exploration.” Conflicting thoughts fascinate Klaudia and often showcase them in her photographs. Photograph/Klaudia Cechini

Where I Belong
Soon after, Klaudia began photographing the other patients at the doctor’s office regularly. “Strangely, I would be inspired by the various emotions I saw on the faces of the people there. As an introvert, it is difficult for me to truly express my feelings, and making these photographs allowed me to pinpoint those feelings. Each photo session lasts for about 1000 frames, after which she handpicks the ones that resonate with her feelings the most. Photograph/Klaudia Cechini

Her next, most important, photo project became a deep inspection of herself and her feelings through self-portraiture. Far from the frivolity associated with self-portraits, Klaudia’s images display a sensitivity, a hunger, and are a fantastic study of who she really is. “I think the human body mimics one’s emotions and that’s exactly what I want to photograph. This is my voice, my way of expression.” Going Inwards
Klaudia has created a sanctuary for herself inside her apartment. “I have a whole wall covered with my photos and sticky notes with my own thoughts. I created a safe world for myself so that I can truly be myself.” 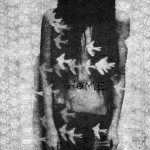 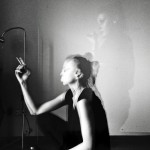 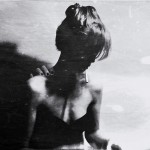 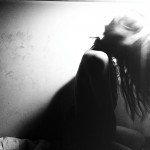 Symbolism plays a huge role in Klaudia’s images. “I like to add various objects and effects to my self-portraits and they are the ingredients of the world I live in. I love staring at the clouds, and in my photos they act as my safeguards. My hands symbolise the forces that fight within me. Double exposures show me how trapped I can be within my own shell sometimes,” she said.

Negative comments on social media do not affect her at all. “I don’t put my photos online to endear myself to the public in any way. It’s for my own satisfaction” Photograph/Klaudia Cechini

It’s amazing how much I personally could relate to Klaudia’s work and her quest to bring out who she truly is with her work. Perhaps this is what we need from life… a little creative push, and our ideas can truly flourish.

This article originally appeared in the September 2015 issue of Better Photography. Klaudia’s photographs feel like they are pieces of an individual, which come together to form a unique soul. Photograph/Klaudia Cechini