Natasha Desai tries to understand what drives Karen Glaser to make her way through the waters of Florida, photographing it all. Karen and her husband snorkelled in the winter when it was 4°C to photograph the spawning of the Garfish shown here. Photograph/Karen Glaser

The first time I went snorkelling, I was completely mesmerised. Watching underwater life swim by was an unparalleled experience. I remember noticing the colours and textures of reefs being richer than I thought they were. The translucent, almost ethereal nature of a jellyfish passing by, is etched in my memory. This awe and wonder I had felt about the underwater kingdom tumbled back as I viewed Karen Glaser’s photographs. Her images take you to the part of the earth that is yet to be explored in its entirety. She has photographed a wide variety of water bodies, from oceans to freshwater springs, and their very diverse life forms.

Love for the Underwater World
In 1983, Karen was gifted a Minolta Weathermatic, a watertight pocket camera that marked the beginning of her fascination with making images underwater. She first photographed children in a pool and has come a long way since then to photographing sharks, manatees, alligators, and other fascinating wildlife that dwells in Florida’s water bodies.

Intimate and Involved
Karen was able to pursue her projects Swamps and Springs after being awarded Artist in Residencies from both the Everglades National Park and the Big Cypress National Preserve, in the early 2000s. At first glance, you may not even realise that these images were made underwater. But then, you begin to notice the softer quality of the light, the roots of the plants and the small particles floating around. Karen tends to get so involved in making her images that she needs to take someone along, so as to not lose her way. She does not alter or manipulate her images in any way, wanting the water to be depicted in the state of flux that it is. “This layering of mud and muck, although it may appear to interfere with the water’s clarity, is in fact its lifeblood—the living, and breathing matter that reflects, refracts and bends the light to create its complexity,” she says.

“The mystery of these waters and the complicated puzzle of their continued existence inspires these pictures.”

Even though she came close to various dangers, she attributed her well being to the help she received from forest officials. Photograph/Karen Glaser

Suffering Ecosystems
She believes that Florida houses very unique ecosystems in its water bodies, and they face the danger of large scale development. “These photographs were made in a geographical location that is both seductive and sickening. Although it has remarkable environments, it is screaming with out-of-control development. I am not interested in making pictures of what created this mayhem; I want to show what you haven’t seen,” she says.

A curator once said, “Karen Glaser photographs the other 70% of the Earth’s surface,” which probably sums up what Karen does. Trying to slate her images in a particular genre proves futile. She does not call herself an underwater photographer, nor an environmental one.

Art, Not Politics
Being a ceramics and photography major in college, Karen draws from a strong background in art. She prefers shooting with film over digital for these projects. However, she does not hold a purist view towards film. She says, “I don’t get all stringent about it, technology will keep evolving. But I personally don’t feel the need to change the look of the project when it is working for me successfully.”

Karen Glaser does not aim to make her images a political statement nor does she make them from a scientific point of view. Her images are all about the seductive quality of water, the mystery that it holds and the life that it carries. “These places are powerful and visceral. To show the essence of these remarkable areas, the photographs try to be as layered and rich as the environments are.”

Yet, I find myself thinking about how precious these waters are. Development everywhere has its tragic side effects. With images such as Karen’s, the fragility of ecosystems, not only in Florida, but around the world come to mind. The aim of her images is to show people what is worth saving in these diverse ecosystems. Photograph/Karen Glaser

Gadgets and Gear
• While making underwater images, Karen uses a Nikonos V, an underwater SLR.
• For everything else, she uses a Hasselblad XPan, a panoramic camera.

Tips by Karen
• Don’t get so involved with your equipment that you miss the whale shark swimming by you!
• When diving underwater, be sure to follow the buddy system, where you take someone along, in case something goes awry.

About Karen Glaser
She is drawn to subjects in and around water bodies and swims in a freshwater spring every morning in Florida, USA. Her work has been exhibited in The Art Institute of Chicago, The Smithsonian Institution National Museum of American Art, and has appeared in publications like Harper’s and BBC Wildlife. You can see more of her work on her website. 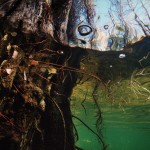 Some of the images from her series Swamps look like they are made above the water until you notice the bubbles. Photograph/Karen Glaser 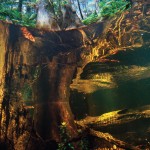 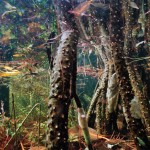 Karen says, “Water is life’s stage and for as long as the stage door has been open to us, it has excited our creative and spiritual expression.” Photograph/Karen Glaser 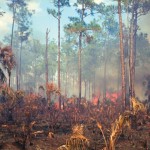 Before photographing any area, Karen spends months researching the wildlife and the characteristics of the region. Photograph/Karen Glaser 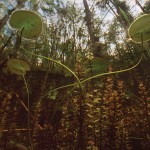 Karen likens the palette of her images to American artist George Inness, who painted beautiful landscaspes in the 1800s. Photograph/Karen Glaser 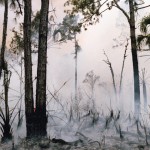 Critics have called her images messy. Karen, however, takes that in a positive light as she remains honest to the environment. Photograph/Karen Glaser 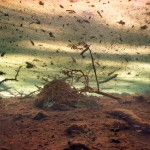 Karen is constantly trying to bring out why she is enticed by water through her images.Photograph/Karen Glaser 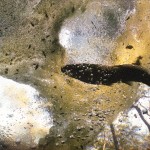 Karen does not use any kind of flash or other source of external light that will disturb the life of the underwater creatures. Photograph/Karen Glaser 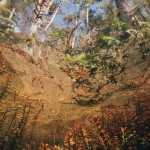 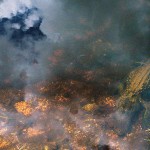