Joseph Radhik speaks to Tanvi Dhulia about photographing splendour and depicting fleeting moments often missed amidst the drama of a wedding. 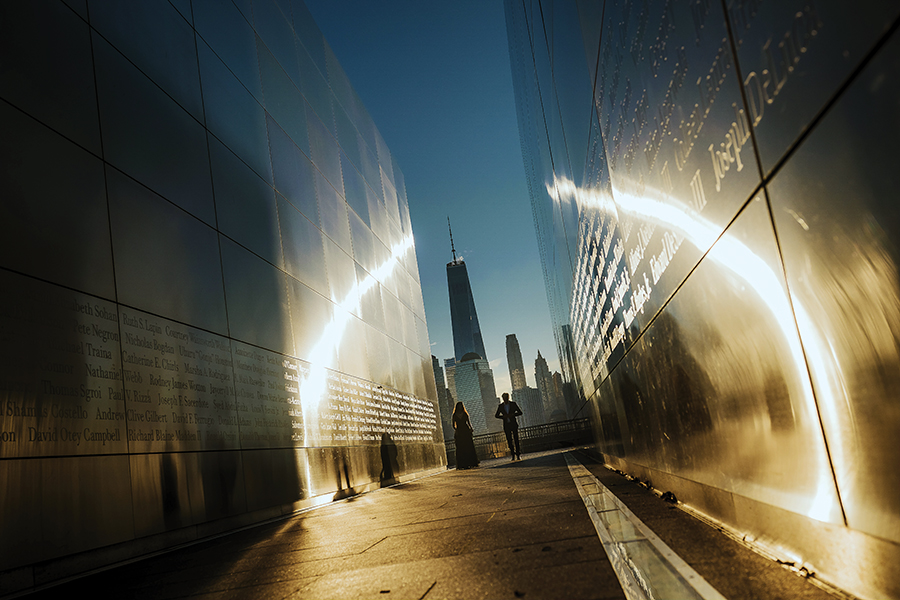 Radhik is recognised for his picture-perfect images of weddings. A little more recently, he has been making a conscious effort to experiment with his frames.

There’s a term Joseph Radhik often uses during his lectures, called the “creative gap”. “It is the space,” he says, “between where you want to be as a creative artist and where you are right now. If one is not discerning of their work, that gap is very small.” It impairs one from noticing the minute details that separate their pictures from what they truly want it to be.
Radhik, who is immensely critical of his own photographs, believes that the more you scrutinise your images, the more likely you are to grow as an artist and a storyteller.

Training the Eye
To anyone who has followed Joseph Radhik’s ascent as a wedding photographer, it would seem like he garnered success almost instantaneously. And while it is safe to agree that he did, it is also crucial to know that before he landed his first professional wedding assignment, he had already spent about a decade simply familiarising himself with the camera and the art of making beautiful images. Raised on a steady diet of National Geographic, and online photography forums, Radhik developed a keen sense of what makes a great picture. His biggest influences before joining the wedding photography industry were photojournalists with an eye for drama, and portrait photographers who mastered lighting. 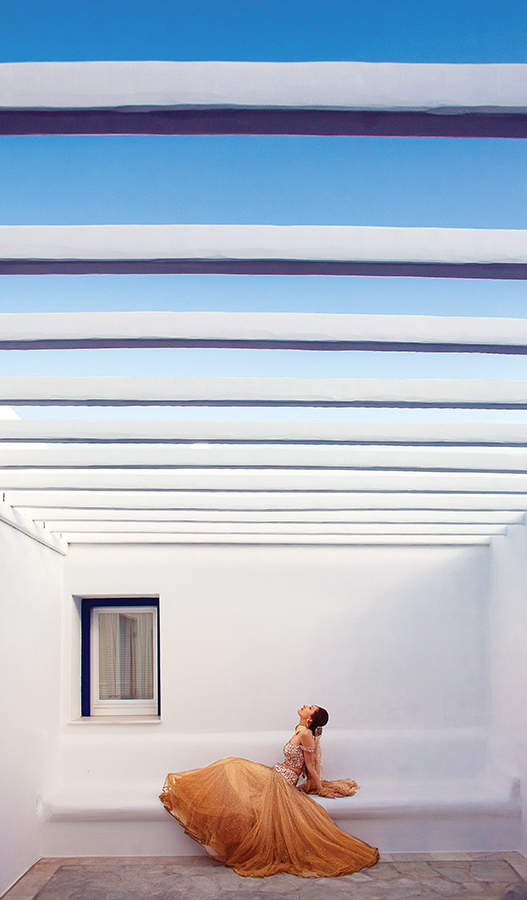 Over the years, Radhik has become fascinated with the world of fashion and portraiture. “At weddings I am working with regular people, and my influences from fashion portraiture help me to guide the bride or groom be the best of themselves.”

“There’s a huge difference between being a photographer and a person with a camera,” he says. When in 2001, his father brought home a simple camera which could store only 18 images at a time, Radhik began to make a picture every single day.

He began by photographing ordinary things around him, chronicling the mundaneness of life. As the years progressed, he grew more confident of his abilities, and eventually over an online conversation with a stranger on Flickr, he agreed to shoot his first wedding for a client.

Ten months later, he had quit his job to pursue photography full-time, and had attracted attention as the IIM graduate who gave it all up for a more unconventional career. Joseph describes his early days in the industry as serendipitous. It all seemed to fall into place rather perfectly. 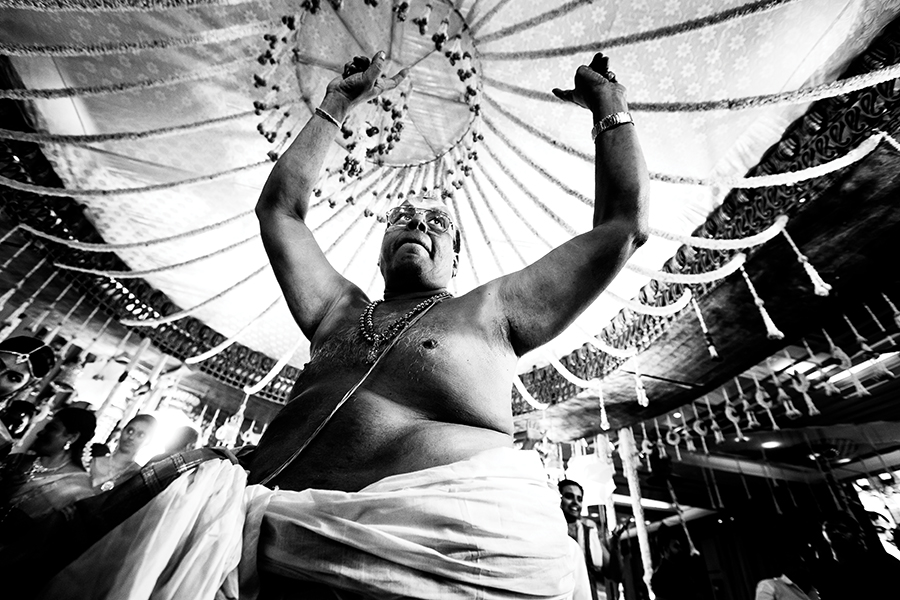 At first, Radhik shares a selection of 150 images with clients, which is his version of the events. It may even have a separate story about the pandit. 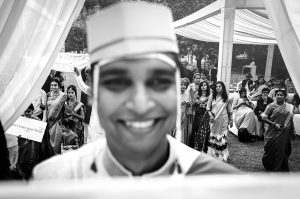 The groom, Abhinav, can’t hold back his excitement as his bride, Shraddha, walks in for their wedding. 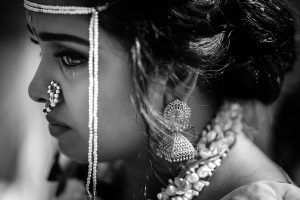 Radhik emphasises the importance of curation, and the need to create a selection with the aim of telling a story and displaying one’s skills, instead of doing it solely for social media gratification. 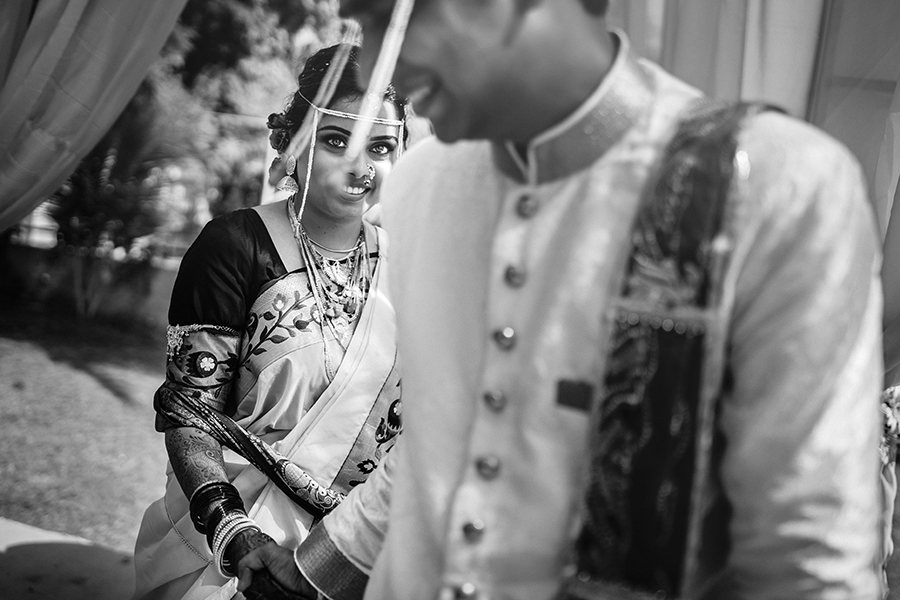 Moments that frequently go unnoticed are the ones that often mean the most to a couple.

The Great Indian Wedding
In India, weddings are a grand and often peculiar affair. Radhik recalls photographing one in Pune where the bride arrived in a helicopter to greet her 95,000 guests in a stadium. On another occasion, he found himself in Haridwar, at the wedding of a scripture-reader which had drawn approximately 1,45,000 guests from around the globe.

“Along the way, I realised that the dramatic images came only when I was directing them. So, I went back to shooting what I used to do in the beginning, which is seeking out these tiny moments which go unnoticed. Today, my photography is a mix of both.”

“If anyone wants to know how big Indian weddings can get, this is it.” During the first two years of his wedding photography career, he found himself being flown to different parts of India, South Asia, and even Europe and Australia. Within months, he was shooting luxury weddings resplendent with extravagant decor and countless celebrities hired to entertain audiences.

“All of this fuelled my desire to make epic images.” However, by late 2015, it got to a point where he found himself growing jaded by all the drama. 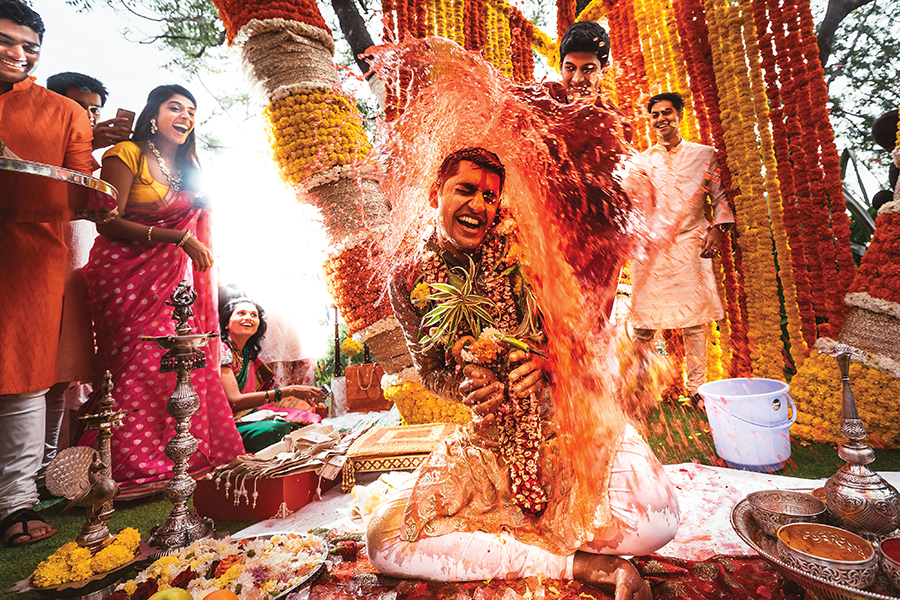 To capture brief and authentic moments, Radhik feels that one must approach the subject like a photojournalist but also with the aesthetic sensibility of a wedding photographer.

Looking Closer
“I felt I was reaching the tethers of my own creativity. Because each photo I’d make had to be more dramatic than the previous one.” For some time, he contemplated whether the scale of the weddings he was shooting had a role to play in his ebbing enthusiasm. “However, I continued to shoot and told myself that all that matters is still there. I just had to go back and find that love.” Radhik recalled what he had learnt while shooting his first wedding, about how weaving stories and depicting relationships and quiet moments was immensely critical.

He feels that a lot of people don’t seem to grant the same importance to the finer details that they do with portraits. But it is always the little things, like the stolen glances, the nervous ticks and inside jokes that make a wedding memorable for the people living it. 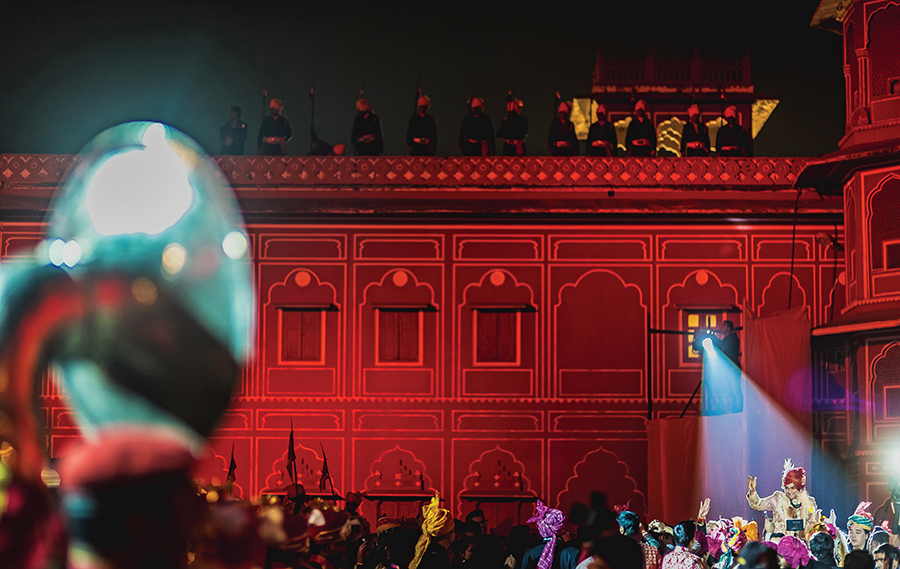 For this image, Radhik looked for a vantage point to present a different point of view. “I knew I found my shot when I saw the spotlight line up in the distance, the final touch was the band member.”

“One needs to have a good understanding of how the Indian wedding works,” he says. They aren’t just different in terms of customs and ceremonies. Over here, the bride and groom are not always the sole focus of the celebrations. Capturing the interpersonal relationships of the people they love is just as important.

Picture Perfect
Joseph Radhik’s depiction of a wedding is almost like a T.V. commercial where everything is perfect. To some, this portrayal can be a tad disconcerting. How can anything be this flawless? But this flawlessness is exactly what brides and grooms seek. Through his images, they can be suspended in a blissful dream. One where joyous instants, frozen in time, will serve as a reminder for the day that brought two families together, and found their lives forever intertwined. Indian weddings are known to be these larger-than-life events, and Radhik encapsulates this in every wedding that he shoots. 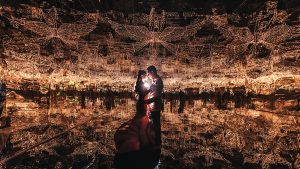 Radhik strives to make portraits which he believes will stand the test of time. 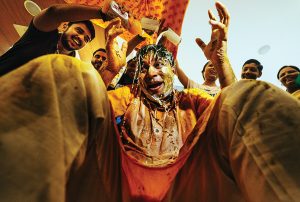 He ensures that he has done plenty of research into the rituals of the ceremonies so that he can anticipate people’s actions. 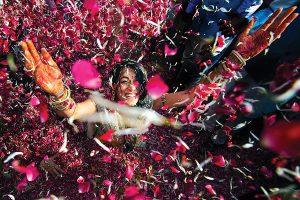 “To me, this one image brings together everything that the new big Indian wedding is – celebration, colour, drama and sheer joy.” 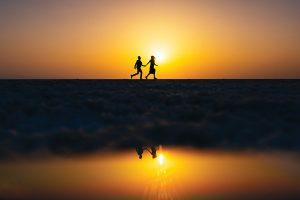 The ease with which he makes his images is also owed to the fact that he is extremely comfortable with his camera gear, and he has always opined that others do the same.

Besides photography, Joseph Radhik has three big loves – his family, filmmaking and driving. To him making pictures doesn’t feel like work, and hence, he spends nearly every hour engaging with photography-related activities. He finds inspiration in the works of Vincent Laforet, Pete Souza, and Prabuddha Dasgupta amongst others.