João Bernardino: Solitude in the Abandoned João lives and works near a big industrial and logistic hub, with a seaport, airport, refinery and all the industries and services that grow around these structures. Photograph/João Bernardino João Bernardino is obsessed with shooting construction sites and deserted buildings. Conchita Fernandes finds out what fuels this compulsion.

How do you envision a post apocalyptic world? Is there a grand fire raging in the distance, with death and destruction looming in its proximity? Or is it a world completely devoid of human presence? When Rick Grimes, the main protagonist in The Walking Dead TV series, sets out in his car into the unknown, he encounters the latter. Instead of devastation, he finds himself in the midst of extreme isolation. But even in this seclusion, the viewer cannot help but feel the intense serenity and beauty that exists in the silence of the abandoned landscapes that he passes by. It was this exact feeling that arose within me when I happened to chance upon João Bernardino’s photographs. The air of stillness and emptiness that enveloped the desolate countryside and structures was what drew me to his work. It also sparked my curiosity about the photographer’s choice of subject.

The Deeper Meaning
João’s deep-rooted interest in industrial landscape photography was a passion that developed as a result of different influences and ideas. On one hand, it involved the interaction of various art forms like comics, animation and cinema. “I was very inspired by the post-apocalyptic themes by comic book artists like Jean Giraud and Enki Bilal, and movies like Mad Max.”

On the other hand, it was a reflection on how far we have come in terms of technology, and the ease with which we can abandon things and move on. One instance he gives is how we as a society have transitioned from the industrial to the internet age. “Industries have been gradually moving away to the outskirts of cities and setting up base in secluded spots. This wasn’t the case 20 or 30 years ago. But as this happened, people took to celebrating newer and ‘softer’ forms of progress and development—internet.” Most of his photographs are shot at Matosinhos, a city that he calls home, in Portugal. The images are mainly from this area. Photograph/João Bernardino

Stepping into the Photograph
But unlike most industrial landscape photography, where the focus is on the strength and the magnaminity of the structure, João’s photographs are of a much quieter nature. While his images do show scale and size, but they are not intended to shock you. Instead, they make you question the image. “When shooting abandoned mills, I often think a lot about the people who worked there. Several questions about their whereabouts spring up in my head. I find that sometimes I am able to convey these emotions in my images, and at other times I am not. This is when I use my words.”

Looking at the Larger Picture
Another aspect that you immediately notice in João’s work is the way he has incorporated line and shapes in his photographs. However, this is not something that he consciously seeks out to depict. “A lot of photographs on Instagram focuses on these elements, which I think is great. But does it move me? No, no really. These details are not central to my work. Instead, I find myself looking at the larger picture, and what my feed conveys on the whole. I also ask myself how a particular image will contribute to my thoughts and feelings related to themes of desolation and abandonment. In a way, I am working on the subject and not in the formal composition of elements.”

“I was born two years before the revolution that brought democracy to Portugal, after a 42-year-long dictatorship. So I grew up in the middle of a very politically agitated period where the construction of a new society was a central issue. I guess this is why I make the kind of images that I do.”

The Road Ahead
While there are a thousand stories to be told in each of these forsaken places, what do they all symbolise collectively? While João’s portrayal of our shift from the industrial to the internet age is apparent in his work, there is also a mounting environmental concern. As more of these concrete and metallic structures fall silent with time, what sort of implications will this have on the land in the long run? My only respite to these questions is his image of a lone car parked on a deserted road, amidst a vast expanse of brown shrubby land. Even in its solitude, there is a sense of hope that prevails in the scene, that somehow we will figure our way out.

Playing with Spaces in Urban Environments

• Infusing Light with Shadow: The play of light and shadow is important in terms of drawing out the different characteristics of the subject.
• Using Lines Efficiently: The combination of strong lines at opposing and unequal angles can add drama to an otherwise unappealing scene.
• Creating a Different Perception: Sometimes, only by isolating a single important feature, will allow the viewer to perceive your subject differently.

About João Bernardino
He is a designer, illustrator and a professor. A lot of his work is inspired by avantgarde art and design movements like constructivism and futurism. He is currently working on a photobook based on Portuguese poet Fernando Pessoa’s futuristic poem titled Triumphal Ode, which celebrates the role of industry, machine and progress. 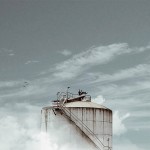 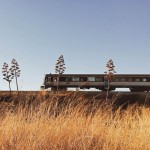 When asked about his postprocessing preferences, he feels that he sometimes over edits his photographs. “Most of the time I end up using more than one filter to a single shot.” Photograph/João Bernardino 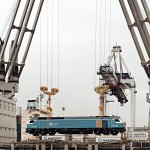 In an interview with Instagram, João explains the reason behind spending hours photographing concrete and metal structures. He mentions, “I think I am capturing a neglected part of our recent history, a less trendy one, a more dusty one.” Photograph/João Bernardino 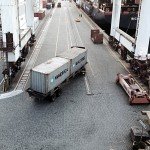 Throughtout his feed, he has maintained a constant palette of colours, mostly faded browns and blues. Sometimes they do invoke a nostalgic feel, especially his landscapes, which are quite reminiscent of the old American West. Photograph/João Bernardino 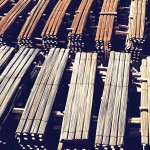 Patterns and minimalist compositions are hallmarks of Joao’s work. He refers to it as “losing the global look.” Photograph/João Bernardino 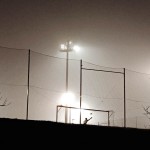 Many of the structures that I photograph are offlimits or are functional facilities not open to the public. In times like this, I try to see how close I can get to the building. Usually, I always end up finding interesting subjects to shoot. Photograph/João Bernardino 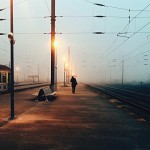 He talks about how perseverance is key to his work. Before he makes the picture, he ensures that he gets the lighting right. If this means visiting the area a day before, to see the effects of light at different hours of the day, he will do it. Photograph/João Bernardino 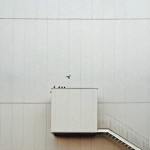 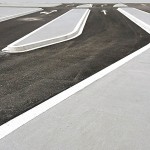 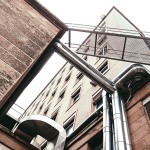 When composing his photographs, João is mindful about avoiding distractions, in order to maintain a simplistic look in his final image. “I like to keep my subjects arid and deserted,” he says. Photograph/João Bernardino 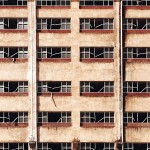