Heads, 2005: Jan took these plaster heads “for a swim” in Finland, lied down on the muddy shore and placed his camera close to the water. The water surface reflected flash light onto the faces. Photograph/ Jan Pohribný

A glimpse into the world of Jan Pohribný’s stunning imagery will leave you thinking about the connection between objects and space. Samira Pillai finds out more about this artist.

This story was originally published in November 2011.

The more time you spend looking at his images, the more you discover something about yourself. Even though they are the results of creative photographic techniques, the images draw you in on a more basic level. You find yourself dipping into your subconscious, pulling out events, memories and emotions that makeup your life. Such is the impact of his photography. This is perhaps why Jan Pohribný’s work stands out in the chaotic world of visuals around us. “How I caption my photographs can show some direction to my ideas as an artist,” says Jan. “But the image is most important. I believe that there should always be space for a viewer’s imagination.”

A Canvas to Work On
A proclamation on his website says,“A photograph may be the last step in a creative process of installing objects or painting things in an open space.” It reveals how Jan perceives and deals with physical space. It is like the canvas of a painter—blank and waiting to be painted on. “Nature is my most favourite canvas. But you have to be very careful and see if there is space to add something or an idea to it”. He likes to work with empty spaces like snowy landscapes, deserts and lakes. “I’m in search of a place where I can add some of my creative ideas, paint with light or create some installation without harming nature,” he explains.

Geometry in Life
Jan photographs many things—from stylised portraits and still life to landscapes. However, he likes to specialise in photographing modern design, glass, architecture, cars and industrial products—subjects that have a strong dependence on geometry. He believes, “The universe—in fact, life itself—is based on geometrical forms. And sometimes it is very chaotic. Geometry brings in the order.” For him, it is natural to search for structures and constructing elements that are based on geometry. He likes to work with exact structures and compose them into another structure like a landscape or even architecture. “It is about relations and interactions between elements, objects and space and about where they are placed,” he elaborates.

‘Meeting’ His Photograph
Most of Jan’s ideas are partly ready before he sets out to shoot. The inspiration usually comes from a real place that he has seen before, and so he knows where he would like to realise his idea.“Sometimes I meet ‘my’ place, ‘my’ landscape when I’m travelling due to an assignment or workshop.” And then he identifies that place as the perfect space for the ideas that were already in his head.“There are exceptions, of course. Sometimes I have an empty head. A landscape or cityscape is new to me and suddenly it all comes to me. Suddenly I know what I can add to the real space and if I have no limits I can start to shoot.” For such impromptu magic, he often has no models with him. At such times he poses for himself. Jan creates sketches and writes down notes in preparation for “a meeting with the landscape”, but the creative process is always different from the idea. “It’s easy to make a sketch on a piece of paper, but very difficult to illuminate the scene in human scale or even bigger. So my first thought is: What is my limit to realise the idea? How can I solve it if I have just my hands, an old-fashioned camera and a simple flash light?”

Painting a Pretty Picture
Much of Jan’s work uses long exposures, multiple exposures and creative techniques like light painting. “There are several reasons for this. I like sharp images and prefer having a great depth of-field. So I work with high aperture numbers like f/16 or f/22 and that means longer exposures. Secondly, I like to express time and movement, and long exposures or multiple exposures give me a chance to work with motion and create an illusion that something or somebody is moving,” he explains.

Light painting, according to him, is a nice tool too. But it is possible to attempt it only when it is dark. He likes to have a long enough period of time to illuminate the scene. “The flash light is like a brush, so you have to paint a scene like you were painting with a brush; piece by piece”. Thus, very often, he combines two exposures. One is a basic, short exposure when daylight or twilight is still illuminating the whole scene. The second exposure is made later, usually in the night when he can draw and paint for however long he needs. Other times, he shoots one long, continuous exposure at dusk during which the camera captures the scene and he paints it wherever and however he likes. He normally works with studio flashlights and bulbs in outdoor settings.

But today he prefers to use just simple flashlights. Occasionally, he carries a small generator to plug his studio lights and get a stronger output. For his personal, creative work, from concept to execution, a photograph can take many years. There are many ideas in his notebook that are waiting for execution. The actual production time, as soon as he comes across the perfect canvas, takes about one to two days. “When I am doing light painting, I can do a maximum of 1–2 exposures in the evening, because light fades fast. And when I’m working outside, the weather also plays a role. It is impossible to change the weather according to the time schedule,” he says.

A Personal Touch to Professional Work
The professional work that Jan is commissioned to do is very often in accordance with the work that he does as an independent artist, in terms of style and philosophy. He gives importanceto placing emphasis on unusual or even absurd relationships between a photographed object or a person within the environment, particularly with nature, or even an imaginary reality created in a studio. He explains, “It is a result of my, perhaps, naive belief that it is necessary to draw attention to disappearing natural connections between human beings and Mother Earth.

I’m looking for a balance and harmony through my images. It would seem paradoxical that I’m trying to integrate such a message into advertising photography, which is in fact the part of a very consumer kind of life. This also very often promotes such kind of consumer thinking.”

Developing an Independent Position
With his out-of-the-box and radical photographs, he has been lucky that his clients and the agencies he has worked with have been open-minded and flexible.They have given him a free hand and that has enabled him to create ideas that are very close to his own philosophy and style of creativity.He often uses non-direct advertising, where the products of the client are not dominant. “Though, I have to say that it took me some years to create an independent position and an original style that clients can accept or want. Yes, some of the work that I have been commissioned to do has been under leadership of creative directors or clients who believe that a photographer is there just to make a perfect image,” he shares. However, he also advises that when one is working on a commercial assignment, there are deadlines. Within a short span of time a photographer should be able to present a concept and execute the images.

Teaching the Art
Apart from being a freelance photographer-artist, Jan also teaches. It is something he has always wanted to do. He started organising summer workshops in the Prague House of Photography in 1992 and since then has also been invited to teach in other countries. Since 1998, he has been teaching at the Institute of Creative Photography at Silesian University, Opavain Czech Republic. So what is the one advice he gives to his students? “Ask yourself, why you are creating your images. What is the message of your art? Success and money should be at the end of your list.” A perfect summation of what makes Jan Pohribný the photographer that he is.

Pursuing Arts and Design
Jan has an extensive background in arts, design and illustration. He studied Applied Photography at the Secondary school for Graphic Arts in Prague for four years till 1980. He then joined the department of Artistic Photography at the Academy of Fine Arts (Prague) and followed it up with a six-month study program at the University of Applied Arts in Helsinki, Finland. What has been the influence of this education in his photography? “I think it went parallel with my art photography and I always tried to bring these subjects closer to each other. It means that I learned many creative ideas, tricks and techniques from design photography, but my commercial work was always deeply influenced by my and any kind of art work,” he says.

Since 1986, Jan has been working as a freelance photographer-artist associating with a number of leading agencies, companies and magazines in the Czech Republic and even abroad. He is also a member of the Professional Photographers Association and the Prague House of Photography. In 1995, he founded the Society for Únetician Culture Renovation. Three years later he joined the Institute of Creative Photography of Silesian University as a part-time teacher. His latest venture in increasing his education was being a part of the resident art program in Etelä Savo, Finland.

If you wish to be lost in Jan’s world, visit www.pohribny.cz

About Jan Pohribný
49-year-old Jan lives in Unetice village which is close to Prague in Czech Republic. He enjoys music and even plays the guitar. He has produced a book called Magic Stones,which is a study of megalithic art in Europe.“It is fascinating what we did some thousand years ago,” he says. 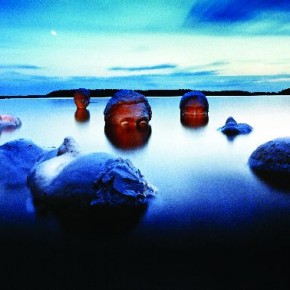 Heads, 2005: Jan took these plaster heads “for a swim” in Finland, lied down on the muddy shore and placed his camera close to the water. The water surface reflected flash light onto the faces. Photograph/ Jan Pohribný 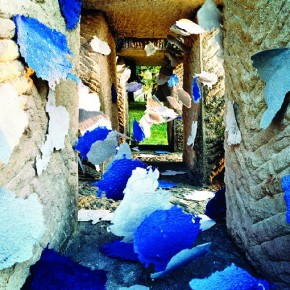 Chaos and Order, 2000: Sculptures, architecture and even simple stone settings inspire Jan. In this image, he combined the solid structure of a little “temple” with handmade paper objects flying on nylon strings. Photograph/ Jan Pohribný 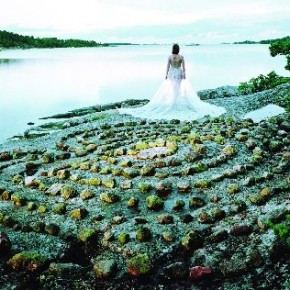 Jungfrudans, 2008: Jan has learnt to build the form of a labyrinth, a tradition called The Virgin Dance (Jungfrudans), followed by Scandinavians till a few hundred years ago. For Jan it is like a journey into memories and back to the reality. Photograph/ Jan Pohribný 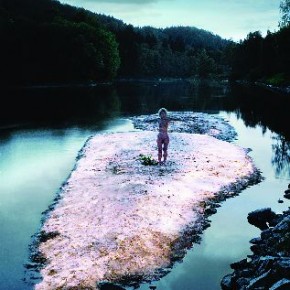 Island, 2008: This girl had to pose for several minutes until Jan painted the island surface with the light. Since the sky was too bright, a different sky was added in post processing. Photograph/ Jan Pohribný 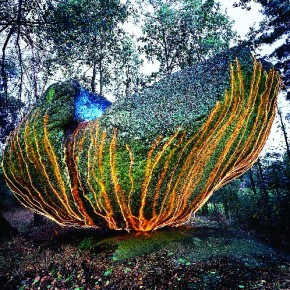 Pulpit, 1992: Jan created this image using two exposures—one in daylight and one at night. At night, he painted on the stone surface (diffused lines) and also against the camera (thin sharp lines). It took him around one and a half hour to finish it. Photograph/ Jan Pohribný 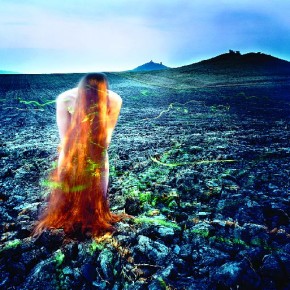 Roots, 2000: For Jan, this model’s long hair symbolised the roots of a tree. “The exposure time is always limited when working with a living model. Naturally, she was moving during the exposure, just like a tree in the wind,” he elaborates. Photograph/ Jan Pohribný 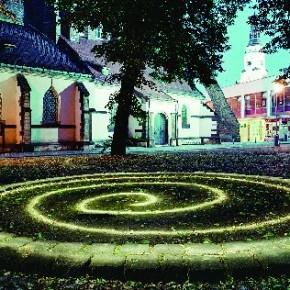 Spiral – Opava, 2009: While working on an assignment for Opava city, Jan wanted to show the beauty and history of the town, in a way that was different from how its citizens other photographers know it. Photograph/ Jan Pohribný 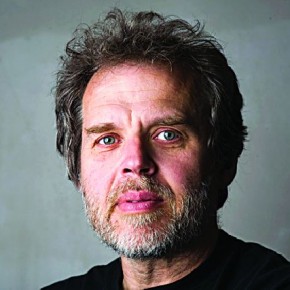