Natasha misses the serene aesthetic of the city which she has attempted to recreate through this series. Photograph/Natasha Hemrajani Over a warm cup of chai and omelette toast, Natasha Hemrajani reminisces about what Bombay was and has become, with Conchita Fernandes.

The first time I met Natasha was at a photography adda in Mumbai. A few weeks later, I found myself inside her home, a living space that reminded me of a beautiful time gone by. While we sat for breakfast, we were joined by the crazy sounds of traffic outside her home, which inspired my first question.

The Bombay She Knew
Natasha was born and raised in Parel, Bombay. The view outside her flat was very different from the bustling flyover today. She explains, “When I was growing up, Parel was a land of mills.” All this has changed with the rise of swanky malls and skyscrapers. A part of her wanted to hold onto the trees and the ramshackle buildings of her childhood. Her series, Hello, Goodbye was created because of this longing and is an ode to the city she fondly remembers, now buried underneath new construction. Growing up, she was a very imaginative kid and spent a lot of time reading. Photograph/Natasha Hemrajani

Turning Memories Into Photographs
Despite growing up in a place surrounded by trees and gardens, she still felt lonesome. Most of the tenants in her building were old folks. Plus there weren’t a lot of kids of her age to play with. Nevertheless, her favourite memory while growing up is the time she spent at the terrace. “I would sit there and enjoy the cool breeze while my grandmother would feed the birds.” Eventually, she began photographing her favourite parts of the city while she traveled in the taxi back and forth. Using her iPhone 4S and the Hipstamatic app, she noticed how it allowed her to superimpose objects, one on top of another. The app was just right as the effects let her convey the idea of Mumbai being an amalgamation of new and old structures.

Her Vivacious Personality
As soon as you meet Natasha, she charms you with her charisma and makes you feel right at home. Additionally, she has worked on several foreign assignments, some of which she has shot using her cellphone. Currently, she is working on a few personal projects, one being, . The series is not as racy as it sounds but is a collection of cellphone pictures of Natasha kissing some of her famous celebrity clients on the cheek.

So just before I could leave, we briefly engaged in a rather amusing conversation about pets. Then as I made my way down the dilapidated stairs and outside the building, I could not help but look around and register every single portion of this dynamic city. Who’s to say that what is today will also be there tomorrow. With the Hipstamatic app, she talks about how it lets users take control over the image, one way being by letting them choose the lens. Photograph/Natasha Hemrajani

• Finding the Right App For You: Download several photo editing apps. Play around with them for a while till you discover the one which you are most comfortable working with and which also helps you achieve the effect you are going for.
• Discover Your Frame: What do you enjoy photographing the most? It could be the people who pass by your building everyday or the children playing in the park. Once you have discovered it, see how you can shoot it in a way that best represents your feeling towards the subject.
• Maintain a Flow: If you are creating a series, make sure that the images are consistent. Avoid editing them too much so that they do not look mismatched.

About Natasha Hemrajani
She is an independent Portraits and Lifestyle photographer. Before freelancing, she worked as the Photo Editor at Grazia and later as a photojournalist at Hindustan Times. She loves animals and currently shares her apartment with a dog and a cat. 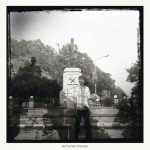 Most of the superimpositions that you see in the series are effects that are hard to recreate with the app. Natasha finds this factor intriguing. Photograph/Natasha Hemrajani 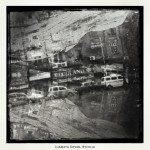 She enjoys shooting in the square format. To her it is a new way of seeing everyday objects. Photograph/Natasha Hemrajani 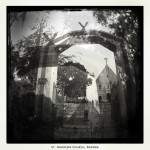 Although she has experimented with several apps, Hipstamatic is the only one that she is truly satisfied with. Photograph/Natasha Hemrajani 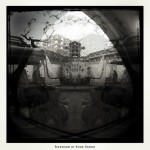 When out photographing with her cellphone, she finds herself completely immersed in the subject and is oblivious to her surroundings. Photograph/Natasha Hemrajani 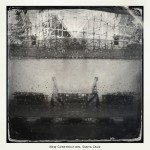 She is saddened by the ‘uglification’ of the city and thinks that Mumbai is getting more claustrophobic by the day. Photograph/Natasha Hemrajani 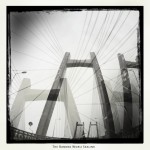 At the age of seven, her dad gifted her, her first camera–the Kodak Hotshot. Although the pictures were not great, but it established her love for photography. Photography/Natasha Hemrajani 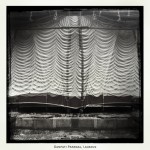 Today, Natasha finds herself shooting a lot more with her cellphone and enjoys photographing a variety of subjects. Photograph/Natasha Hemrajani