You generally have to look at Gopal’s photos twice. “I tend to shoot things that people will generally miss,” he says. Photograph/Gopal M S

Gopal will be conducting a free webinar on street photography as part of the Adobe Photography Virtual Series on 26 February, 2016. You can find more details here.

Gopal M S takes Natasha Desai for a walk around Mumbai…through the lesser photographed streets where gilli danda is still played and greenery is swallowed by infrastructure. The places where the heart of the city lives.

When you search for photography from the streets of Mumbai, you are sure to stumble upon a blog called ‘Mumbai Paused.’ A blog that Gopal M S began in 2009 to organise his growing collection of photographs. Gopal diligently documents the everyday Mumbai. You will not find the city of dreams and the glamour associated with the city. Instead you will see the quieter, unspoken, almost hidden lives and happenings. Gopal was asked to shine his scooter’s headlight so that they could get a clear picture. This is a part of his series ‘Playgrounds of Mumbai’. Photograph/Gopal M S

But it Began Elsewhere
Looking at the blog you would think, here is a person who has spent his whole life in Mumbai. It came as a huge surprise to me that Gopal grew up in Bangalore and came to Mumbai only later. “My wife gifted me a compact camera in Bangalore, where I began shooting the sights I saw on the way to work. I would take a different route every day.” This resulted into a obsessive habit that continued on his cellphone, when he shifted to Mumbai.

Being a Photographer vs. Being Happy
Strangely, Gopal is not a full time photographer and does not aspire to be. “I left advertising and tried to be a photojournalist for a year in 2011. It left me unhappy and unsatisfied. I enjoy photography, but trying to make a career out of it, killed the joy for me,” he says. He now photographs for publications on and off and continues to work in advertising. “Now, I shoot purely for myself, I have reached that stage,” he says with a slow smile. The Social Media Man “I love seeing what is happening in different cities all over the world. I search by geo tags.” Gopal shoots and updates his various social media, every single day. His favourites are Instagram, Foursquare and Flickr. He has a presence on Twitter and Facebook too. Gopal shoots on his Apple iPhone and edits only with the VSCO Cam app. “Big gear does not interest me too much. I am more mobile and apps happy, I prefer the more democratic photography.” Gopal prefers shooting in colour as he like the filter effects that come out in colour. Photograph/Gopal M S

The Many Stories of Mumbai
If you follow Gopal regularly, you will find him shooting several themes at once. “When you shoot as much as I do, you need to put your pictures into context,” he says. A portrait of a man in a bright pink shirt, red trousers, white sunglasses forms part of a series that documents the street fashion culture of men in Mumbai. Yet another series is on the dying Vachnalayas or reading houses in Mumbai. Another series finds trees fighting for space in the metropolis. He photographs the nostalgia of Bombay too. He says, “Bombay is a much photographed city. I try to look for what is different. And, there is always something going on every day.” After following Gopal for a while, I find myself observing my city differently, always wondering if there is a quiet story waiting for me somewhere.

• Be Pleasant: Shooting with a cellphone is ideal for a city, people are not as suspicious as they are with a larger camera. Also, smile, be patient and understanding of the person in front of you.

• Push Y our Boundaries: Take a different route to every place you go. Go outside your comfort zone and talk to people you would not have normally. But always remember to be sensitive to the person in fron of you.

• Stay Open and Observant: Do not avoid crowded areas or even empty spaces. Stories and photographs are just waiting to happen everywhere. You just have to keep your eyes open, observe people and their habits and look closely.

About Gopal MS
He is currently a copywriter in the advertising firm Tailor, Mumbai. His blog Mumbai Paused won the inaugural T S Satyan award for online journalism in 2011. He obsessively consumes photographs from different cities all over the world and food photography ranks as one of his top favourites in photography genres. 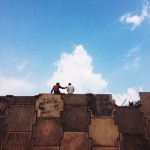 Gopal believes that as a country, India is yet to develop its visual language in cellphone photography. Photograph/Gopal M S 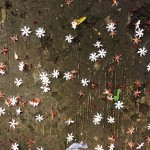 “People like to shoot their travels. I love showing what is happening in the backyard,” he says. Photograph/Gopal M S 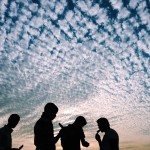 Gopal prefers shooting on cellphone over big cameras as he feels people are less intimated that way. Photograph/Gopal M S 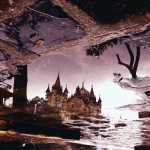 If Gopal ever does shoot the most photographed parts of Mumbai it will be with a twist, like this image of the iconic CST railway station. Photograph/Gopal M S