Kaisey Griffith, an eminent gymnast from Bermuda shows her talent with the Queen‘s Baton for the 2010 Commonwealth Games, Delhi at the Horseshoe Bay beach, Bermuda. Photograph/Debatosh Sengupta Chandni Gajria speaks to Debatosh Sengupta about his iconic images and his journey to becoming the photographer he is today.

For over 30 years, Debatosh Sengupta has been a photographer for the Government of India. In his entire career, he has covered some of the most iconic images of our times including the historic Presidential inauguration of Nelson Mandela, when Mandela became the first black President of South Africa in 1994. He has extensively photographed the late Prime Minister Rajiv Gandhi from the day he assumed office in 1984 till the completion of his tenure in 1989.

Debatosh has also travelled with the then Prime Minister Indira Gandhi and documented her visits within the country and abroad.

A Sheer Chance
Not many know this, but Debatosh’s first love was theatre and not photography. From the age of 19 to about 25, he was in love with drama and was actively associated with playwrights. How did photography happen to him then? “My father was very keen about photography and would constantly encourage the younger generation to make photographs. As a result, the Photographic Association of Dum Dum was born in 1957 in Kolkata, with my elder brother Benu Sen as one of the founding members.”

Though Debatosh never considered photography as a profession, in 1975, he was offered a job in the photography department of the Ministry of Health and Family Welfare. In 2005, he became the Director, Photo Division, Ministry of Information and Broadcasting.

“I am inspired by many legendary photographers but not influenced by any specific one.” Rajiv Gandhi is seen consoling his son Rahul after the assassination of the then Prime Minister, Indira Gandhi in 1984. Photograph/Debatosh Sengupta

Gaining Inspiration From Legends
Being the legendary Benu Sen’s younger brother, Debatosh found a lot of inspiration in his work. “It wasn’t the style of Benu’s work but his dedication for the medium which inspired me,” he said.

Apart from this, Debatosh also looks up to legends like Raja Deen Dayal, Oonwala, Homai Vyarawalla. However, he also stresses on original thought. “While I have been inspired by their visuals and stories, I have not been influenced, which is important when trying to create original work.”

New Work On Planet Earth
Debatosh’s more recent work Planet Earth, is a collection of pictures that documents the effects of global warming and the aftermath of natural disasters. “Despite the calamities wrought on to the earth, I have tried to focus on the aesthetic beauty of the land rather than its destruction.”

Looking to the Future
In his tenure as the Director, Photo Division, Ministry of Information and Broadcasting, Debatosh took the initiative to digitise and archive the negatives housed in the National Archives of India. He also introduced the National Photo Awards in 2010 to recognise the efforts of photographers.

Debatosh will soon retire. But this will not stop the enthusiasm of the photographer who has already achieved so much. “Having gained a lot from photography I will try to pass on what I have learnt to others,” he concludes. His dedication and eagerness is infectious, and will encourage photographers for years to come. Though Debatosh is more inclined towards pictorial photography, his earlier work shows his photojournalistic approach to making photographs. Photograph/Debatosh Sengupta

Gadgets and Gears
• Debatosh’s first camera was a folding camera with a cap as a shutter and individual negative plate in Benu Sen’s studio.
• He has used several cameras like the R olleiflex TLR , Hasselblad 500 series, as well as R ollei SLR s, Leica, Graflex to name a few.

Tips by Debatosh
• Photojournalism requires a lot of practice and sincere dedication. Young photographers today don’t give enough time to hone their skills.
• See the works of great legend photographers and read about them. One can learn a lot just at looking at their work.

About Debatosh Sengupta
He has a flair for writing and reciting poetry. He has written several plays in Bengali. He is one of the few photographers to have attended six Non Aligned Movement Summits and three UN General Assemblies. 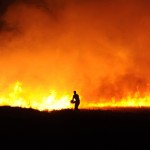 The image shows Jhum cultivation practiced in Madhya Pradesh where the crops are burnt to reactivate the soil for the next crop cycle. Photograph/Debatosh Sengupta From the Planet Earth series, this picture was photographed six years after a tsunami struck Nancowry in Nicobar Islands in 2004. Photograph/Debatosh Sengupta 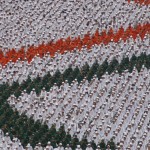 Children sit in a tricolour formation at the Red Fort, New Delhi, on the occasion of India’s 64th Independence Day. Photograph/Debatosh Sengupta 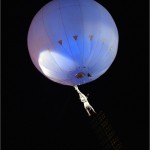 This picture was photographed during the inaugural ceremony of III Commonwealth Youth Games 2008 in Pune. It also forms a part of the Planet Earth series. Photograph/Debatosh Sengupta 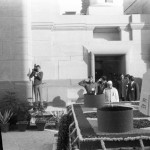 Then Prime Minister Indira Gandhi pays her respects to the Amar Jawan Jyoti, India Gate, on the occasion of Republic Day in New Delhi on 26 January 1984. Photograph/Debatosh Sengupta