The sheer simplicity of Ghanshyam’s images are what make them so impactful. Photograph/Ghanshyam Kahar

Ghanshyam Kahar talks to Ketan Kundargi about his passion and drive to document the little details of everyday life.

Huge photographs adorn the walls of the Piramal Art Gallery, Mumbai in November 2012. Ghanshyam Kahar’s exhibition Through His Vision is on display. As you walk around the gallery, you realise that behind the striking frames are moments from daily life. Ghanshyam brings a fresh perspective to routine living. However, he does it in a way that is individualistic and often breaks away from what is considered ‘popular’. His images make us aware of a world we see everyday, yet fail to recognise its eccentricities.

An Early Start
Ghanshyam first picked up the camera as a teenager just out of college at his uncle’s studio. Photographing friends and relatives in the studio soon became a hobby. Subsequently, the Pentax K1000, his first camera, became his new love. With every new roll of film he shot, Ghanshyam taught himself the technical aspects of photography. In 1991, he won a prize at the National Photo Contest organised by the Ministry of Information and Broadcasting. Two years later, his images were being exhibited as a part of a group show at M S University of Baroda. There has been no looking back ever since. His ability to connect with people lets him approach them with ease and capture such touching moments. Photograph/Ghanshyam Kahar

“Having learnt the process of making a picture, I was now at a loss of how to judge the image for its aesthetic value,” he says. He turned to photography competitions to gauge how his visual style was perceived. Competing with photographers from across the world was the ideal platform for him. “Every competition was like an assignment. I would dedicatedly shoot for every contest, irrespective of the theme. This helped me avoid the monotony of sticking to a single genre in my early years.” Today, 22 years later, he has over 80 national and international awards to his credit.

A Sense of Belonging
Over the years, Ghanshyam has explored various regions of Gujarat, Madhya Pradesh, Rajasthan and Uttar Pradesh. However, one look at his work and you can see his affection for photographing the countryside. Instead of being a mere spectator, Ghanshyam involves himself with the lifestyle of the locals. Some images are laced with irony, while some capture a fleeting moment, but every frame has attention to detail and always amounts to a wholesome understanding of the world.

“Don’t run around behind the ‘perfect’ shot. You have just got to let the moment happen on its own.” Ghanshyam has a special affinity for photographing children and animals as he believes they are the most expressive subjects. Photograph/Ghanshyam Kahar

A Photographer in an Artist
Ghanshyam’s love for photography is only a small fraction of his love for art. Apart from being a photographer, he is also a sculptor and a painter. He has often created interesting art by integrating his visual style from one medium onto another. Recently, he has also been experimenting with video.

Ghanshyam talks about his work with utmost enthusiasm, which is reflected in his approach to photography. His simple and clear vision translates itself to the images he makes. As he puts it, for him photography is a simple task of transferring the reality that surrounds him onto electronic pixels.

• He avoids postprocessing his images unless it is needed for commercial or conceptual purposes.

• Put the technical aspects of making the picture in the backseat and focus on capturing raw emotions and feelings.

• Initiate a dialogue, say ‘hello’ or just smile before you photograph. Do not make the person feel like a lifeless subject.

He is a self-taught photographer from Vadodara, Gujarat. Growing up in a family of artists, he received complete freedom and support to pursue his artistic endeavours. His photoessay on an Indian tribal wedding was one of the top six nominees of Better Photography’s Wedding Photographer of the Year 2011.

This article originally appeared in the March 2013 issue of Better Photography. 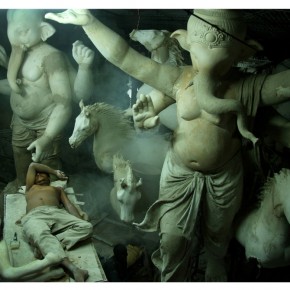 Being a sculptor himself, he finds it easier to juxtapose statues with real life. Photograph/Ghanshyam Kahar 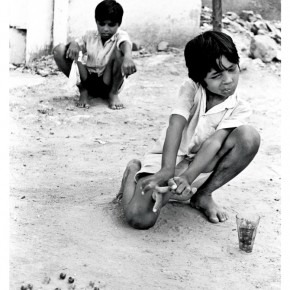 The images he makes invoke a sense of nostalgia and sometimes take you back to your childhood days. Photograph/Ghanshyam Kahar 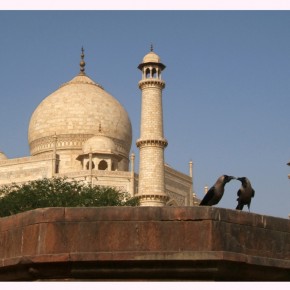 Ghanshyam has a very subtle sense of humour which is visible in his images. Photograph/Ghanshyam Kahar 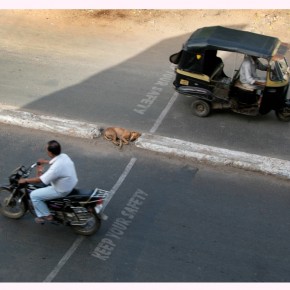 His images have interesting interactions between the subjects present in the frame. Photograph/Ghanshyam Kahar 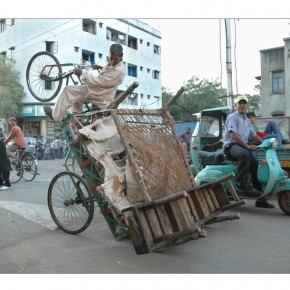 A number of his photographs are made at the spur of the moment, eliciting instant reactions. Photograph/Ghanshyam Kahar