Exploring the Cafe Sitters in Mumbai 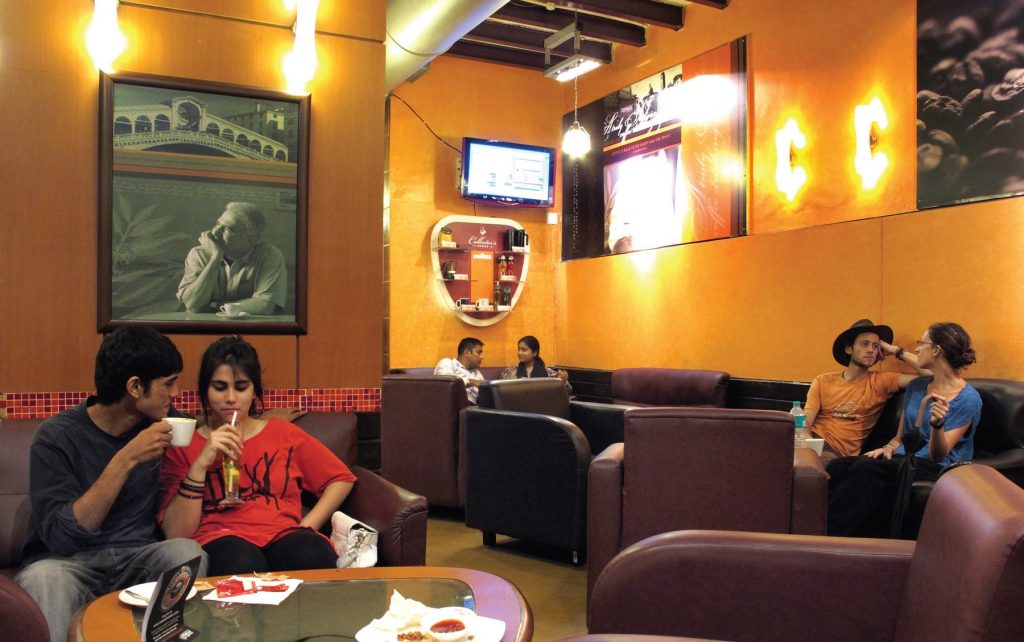 Most people at these cafes are oblivious of Chirodeep photographing them as they are too caught up in their own lives.

This story was originally published in September 2013.

Chirodeep Chaudhuri     “My series is a
reflection of the
India in a free
market economy
where we enjoy
near-unlimited
choices in most
matters concerning
our lifestyles.”

Chirodeep Chaudhuri has been photographing for the past 20 years in India. Amidst the myriad of assignments that he receives, he always takes the time to shoot personal projects, the city of Mumbai being one of the subjects.

One of his recent personal projects has been photographing people frequenting the cafes of Mumbai. He describes the images in this series as part of an India in transition. He considers the coffee shop chains as a metaphor for a new, emerging India. He believes these coffee shops function as a small window into the lifestyles of the rapidly increasing middle class.

Chirodeep goes on to recollect moments from his childhood, growing up in Bombay in the 1980s. The only memory of a coffee shop back then were those present inside posh five-star hotels, set apart from the jarring reality of the dirt and filth outside them. “And what about the Udipi and the Irani restaurants at the time? Well, no one ever considered them as cafes in the first place,” he says.

He mentions that the cafes mushrooming all around the city today, have finally burst out of the clutches of the rich and famous. They are now emerging as the new den of the aspiring class. Besides working on this ongoing project, Chirodeep Chaudhuri is also the Photo Editor of National Geographic Traveler.