Conchita Fernandes sets out to unearth the relentless love that encompassed Eugène Atget’s photographs of Paris, despite him being unaware of its significance. Much has been said and written about Jean-Eugène-Auguste Atget, one of the greatest photographers in the history of the medium. He is most remembered for his photographs of Old Paris, as they invoke a sense of curiosity and wonder, even an appreciation of what Paris held in its grips, before it was engulfed in the cloak of modernisation. But not much has been said or written about the man’s craft, even by those who have studied and promoted his life’s work. Ornate words have been used to talk about what he may have felt when making a picture. Was it melancholy, nostalgia, or love that drew him to document Paris so fervently? We’ll never know. While there may be some truth to these observations, where most observers have failed, is to look at or emphasise on the precision and discipline that Atget enforced in all matters related to the craft of photography.

It’s difficult to pinpoint as to what exactly prompted Atget to take up photography in 1888, after his failed stint at acting and painting. He started out as a commercial photographer and catered to painters, illustrators, engravers, sculptors and set designers. For anyone interested in what he did, he placed a sign outside his door that read documents pour artistes (documents for artists). This self-imposed label for his work was one that he fiercely maintained till the very end of his life. However, it would only be in 1898 that he would realise his true calling—documenting Old Paris. At this time, there was widespread opposition against the destruction of the city’s architectural heritage. As much as he enjoyed photography, Atget was practical, and was aware that he had to earn a living as well. Amongst those who opposed the demolition, he discovered a clientele who were interested in the kind of pictures he made. For instance, many of his photographs of architectural details like gargoyles, dragons and gorgons were sold to metal workers, who used them to produce bronze replicas. And so, in the process of documenting the motifs, the streets, the alleyways and buildings, nothing ever missing his eye, Atget found himself being drawn deeper into areas of the city that were slowly fading away.

To truly understand the breadth of Atget’s tenacity (he made 10,000 negatives in his lifetime), it is important to know how he worked, and what his photographs represented. In the beginning of his endeavour to document Old Paris, Atget would set out in the middle of the day, so as to avoid any trace of harsh light and shadows in his frames. This would change later, when he would set out early in the morning, to make use of the distinct deep shadows that became hallmarks of his images. Setting out early would also enable him to photograph streets and buildings that were almost devoid of human presence. It is not that he was opposed to having people in his frame, it’s just that his camera prevented him from producing sharp images of these individuals. And when they did make an appearance in his photographs, they appeared in the form of blurry, ghostly entities. The device responsible for this was an 8 x 10-inch view camera that was mounted on a wooden tripod, and probably weighed over 13 kgs. To make his prints, he used albumen silver photographic paper, which enabled him to achieve great clarity, richness of detail and nuanced tones in his photographs. At the time though, the technique had already become archaic. But Atget was not one who was known to adapt to change easily (evident even in his use of camera). It could be that he was pressed for money, and hence could not afford the newer devices that made picturemaking less cumbersome. Or, it could also possibly be that Atget enjoyed the time it took him to frame his shots. The older process would have allowed him more control, especially with correcting perspective distortions, and to decide what parts of the scene to include in the frame, thereby permitting him to pay the greatest attention to every minute detail. This is visible in almost all his photographs. Photographing with an 8 x 10-inch view camera that used glass plates meant that Atget spent at least an hour or more just composing his frame. He was a patient man for whom precision was extremely vital. It’s easy for a lay observer to miss this precision and exactness, especially since his asymetric frames of common subjects are so engaging on its own accord. Since almost all of Atget’s pictures were asymmetrical—Be it architecture, or motifs, or statues—they were all shot at an angle. One of the reasons was that he wanted to avoid the regular frontal shots that were common of most architectural photographers at the time. In some of these pictures, you will also notice dark ‘halos’ at the top half of the image, an effect produced both by the short focal length of the lens, and the image circle moving away from his glass negatives, in his bid to tilt the lens plane of his camera to correct perspective. While anyone else would have perceived this image circle cropping as an error, for Atget, it was one that he was willing to forgo. The halos awarded him the opportunity to ensure that he always achieved precise straight lines in his photographs.

His pictures of buildings were often draped in long slanting shadows, distinctly separated from its lit areas, thus suggesting his intent to represent the ephemeral beauty in the details of these structures that would soon cease to exist. Sometimes these visuals were accompanied with long winding pathways or stairways that seemed to go on forever, thus creating a way for the viewer to enter the scene and experience it. Commenting on this tactile quality of his photographs, Julien Levy, a well-known art dealer and filmmaker (who also purchased several prints from Atget) said, “There is nothing I could ask for better than to roll myself between sheets of Atget.”

He was also known to frequently visit the same spots that he had previously photographed. “Atget’s recognition of the endless plasticity of the world that enabled him to return… to the same motifs, knowing that they would always be anew,” John Szarkowski had said. But the beauty in his imagery lay in the fact that he perceived every single object or vista as a subject that possessed as much character and charm as that of a person.

With the storefront mannequins, a subject that he particularly turned his focus at, towards the end of his life (1925), the thought behind photographing them at an angle was so that he could include as much of the reflection of the old architecture on the window’s display. It was his way of presenting a fitting portrayal of Paris, caught right in the middle of transition. And if you look closely at some of these pictures, you will be able to spot his reflection too. That he deliberately did this, perhaps confirms Brassaï’s argument that “Atget considered himself not as an artistic photographer, but as a documenter.”

He also made several photographs of flora, especially trees, sometimes even incorporating it with his architecture photos. It’s hard to decipher what prompted Atget to make these intriguing pictures. It could be that they reminded him of growing up on the outskirts of Paris, and hence possessed a sentimental value. But there was a practical reason too… the negatives of the photographs were sold to the Bibliothèque nationale de France.

His pictures also tell you that his version of Paris mostly did not constitute structures or people that exuded grandness or wealth. And when they did, they were still ‘documents’. His photographs were mainly shot in sections of the city that were demarcated to be demolished. For him, the ruins symbolised loss, rather than harbingers of progress. Even when making portraits of people, he sought out the working class (artisans, ragpickers and prostitutes), and depicted them as dignified individuals.

Unlike his evocative photographs, Atget, the man, was a recluse who kept to himself, led an extremely frugal life, was not part of any photography clique, was known to be strong-willed and opinionated, was fiercely independent, and always worked on his own terms. It’s not surprising then that he was barely known in his lifetime. “He was simply isolated and his story is a little difficult to understand. Apparently, he was oblivious to everything, but the necessity of photographing Paris and its environs; but just what vision he carried with him of the monument he was leaving is not clear. It is possible to read into his photographs so many things he may never have formulated himself…” said Walker Evans, one of his greatest admirers.

It was Man Ray who first chanced upon his work, particularly of the storefront mannequins, that pleased his surrealist sensibilities. He met him between 1921-1924, his studio being a few steps down the street from Atget’s apartment. He bought 50 pictures in 1926 and had four of them reproduced in La Révolution surréaliste. At the time, Berenice Abbott was Ray’s darkroom assistant, and as soon as she learned of Atget, she visited him four or five times, before his death. She was so taken in by his imagery that she became his strongest advocate and promoter.

“Atget reached the pole of utmost mastery; but with the bitter modesty of a great craftsman who always lives in the shadows, he neglected to plant his flag there. Therefore, many are able to flatter themselves that they have discovered the pole, even though Atget was there before them,” Walter Benjamin (cultural critic and essayist) had said.

In the portrait that Berenice Abbott made of Atget (published at the beginning of this article), you’ll notice a certain restless energy in his eyes. It was as if he still had a lot more to say. His greatest gift to photography was the simplicity, thoroughness and unpretentiousness that he blended into his photographs. Even almost a century after his death, his pictures still have the power to make our hearts reminisce and ache.

This article originally appeared in the August 2017 issue of Better Photography. 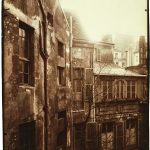 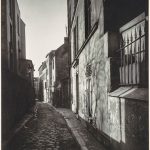 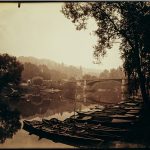 The Marne at La Varenne. 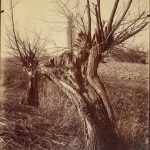 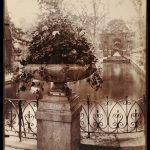 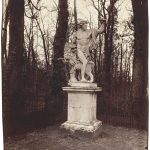 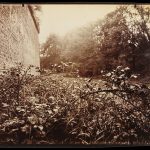 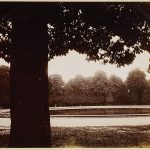 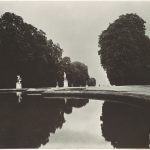 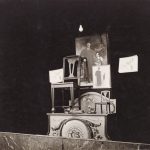 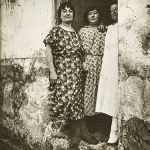 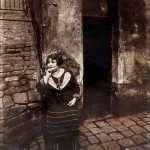 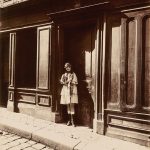 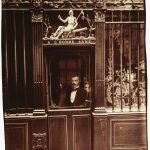 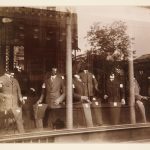 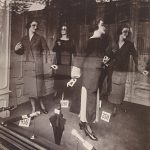 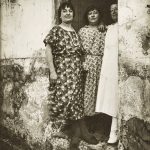