Priyanka Chharia explores the challenging, yet creative universe of Prashant Godbole and comes away, inspired. Prashant Godbole is not your average photographer. While his crisp trousers and formal attire seems to shatter the myth of a common artist, his salt-and pepper hair makes me anticipate wit and experience. His spacious office in Mumbai is a creative den that is conspicuous by its quietness. As I think of the first question in my head, he enters the room, beaming in.

For the Love of Art
Prashant’s journey began in an art school in Aurangabad, before he eventually moved to Mumbai’s renowned Sir JJ School of Art. While in college, he developed a passion for the visual arts. “It helps when you study art. As a painter, I learnt how to create space within an image, amongst other things. Personally speaking, the works of great masters such as Van Gogh, Picasso, da Vinci and others helped me tremendously and created a strong sense of aesthetics.” As I look around Prashant’s office, I see images all around. Amidst a soothing tranquillity, he explains to me each of his drawings and what they mean. We seem to break the ice when he points to a woman’s sketch with multiple heads. In an instant, I exclaimed, “Oh, now, that I understand!” And, then we laughed. But, wait… where does photography fit? His pictures balance a sense of calmness and tension simultaneously. Photograph/Prashant Godbole

Serendipity
It seems that photography happened to Prashant by a stroke of bad luck. “I was in the middle of an advertising assignment and to my horror; I discovered that there was no photographer available for the shoot,” he recalls. Well, fortunately he had a camera with himself and as they say, the rest is history. While being formally trained in commercial art, Prashant learntphotography outside the confines of a classroom.

During his early advertising days, he worked with Swapan Parekh on a number of assignments. “I saw Swapan’s portfolio and liked it. We worked together on his first advertising assignment and developed a rapport ever since. We constantly used to talk about photography and that inspired me to a large extent,” he says. This was how his journey as a photographer began, on a professional level, too. During a 15-day assignment in Kolkata, Prashant also had the good fortune of working with Raghu Rai. “I worked with him for an advertising campaign for the Times of India and saw him work very closely. In fact, we used to begin shooting at 4am in the morning! At the end of the day, I learnt how to photograph from the way he looked at life, more than anything else.”

“If there is no idea, there can be no photograph.”

Celebrating Minimalism
As I browse through Prashant’s photographs, I cannot help but absorb the simplistic, yet sophisticated visuals. His images are basic and straightforward. And while he has no antagonism with complex photographs, he sticks to the splendour of minimalism. “If there is no idea, there can be no photograph. I try to make everything simple,” he says. The duality of his monochromatic imagery reflects for me, another kind of duality that is manifested in the conflict between style and content. “Of course, content is more important; style is only fleeting. The story in your photographs can grab attention, more than anything else. Without an inherent energy or dynamism, an image can be outright flat and boring.” According to Prashant, making a photograph is like telling a story, where—sometimes you capture the beginning, the middle, and sometimes you capture the end. He explains, “Well, you have to start seeing a story in every photograph. The light, the background, the sky… they all serve as characters and add that extra dimension to the overall visual.” Animals such as dogs, pigeons and crows are recurrent motifs in his photographs. Photograph/Prahsant Godbole

The Solitary Frame
During the course of our conversation, I am surprised to discover that Prashant strictly makes only individual images. When he clicks, he captures the crux of the moment in that one solitary frame. “I am not a photojournalist where I have to shoot a conflict or cover news events. I do not choose a subject; I would rather make an individual picture.” He feels that while there is a need to anticipate moments, it is not necessary to map out each and every photograph, till it begins to be painful and not to mention, unnatural. He acknowledges, “I might have taken a lot of pictures at the beach… it was done unknowingly. I never intentionally plan my photographs.”

“I read a book called life and look at all the moments of my life as a series.”

A Series Called Life
Prashant is a patient photographer. His modus operandi reminds me of some of the classic street photographers of the1960s. He waits for the perfect moment and then releases the shutter with engineered precision. It is but obvious that he anticipates the image much before he actually captures it. “You start seeing things and keep clicking, because you never know when you are going to capture that extraordinary moment.”

He carries his camera everywhere he goes and shoots extensively during his advertising assignments. “For me, the pressure of performance is never there. Unlike a commissioned photographer, I shoot what I like.” In a philosophical way, his images forge a link between life and photography itself. “My images are a result of my observation, my point of view. I read a book called life. I do not read fiction or other stories. I look at all the moments of my life as a series.” His vission of the world is monochromatic, yet extremely vibrant. Photograph/Prashant Godbole

A Tale Only Half Told
As I listen to his profound insights, I am reminded of the thought I started out with, in the first place. Prashant Godbole is more than just a photographer. “When you start making images, you begin to see frames everywhere. For instance, right now…I can see the light on your face. It becomes a habit… a bad habit, in fact,” he says. “The beauty of photography is that one can make images everywhere. Unlike other media, it communicates directly with the viewer. The power of the visual is truly actualised in a photograph.” His love for photography seems real, and most importantly, honest, though it took a little time to ripen and mature. But, for a change, can we not let our loves be, just as they are?

About Prashant Godbole
He enjoys drawing and all his illustrations can be seen in his office, where they have been duly framed. He loves animals and has a pet dog. He is the cofounder of an advertising agency called Ideas@work and is currently based in Mumbai. To see more of Prashant’s work, you can visit his website www.prashantgodbole.com

This interview originally appeared in the June 2012 edition of Better Photography. 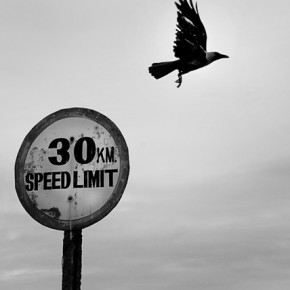 For Prashant, even a splitsecond is sufficient to make a brilliant photograph. Photograph/Prashant Godbole 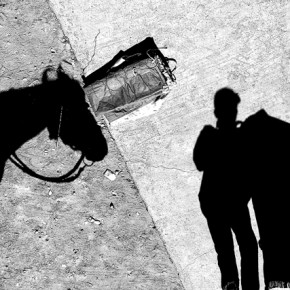 This image is simple, yet exciting. The play of shadows teases and creates curiosity. Photograph/Prashant Godbole 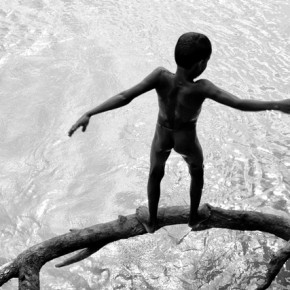 This image reflects a high sense of clarity and organises all the visual elements effectively. Photograph/Prashant Godbole 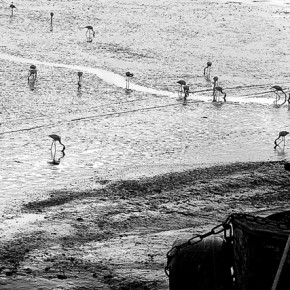 All of Prashant’s images are horizontal as he believes that is how we see the world. Photograph/Prashant Godbole 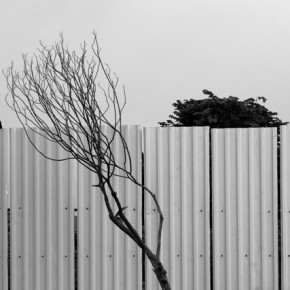 His use of juxtaposition and irony enhance his compositions and make them extraordinary. Photograph/Prahsant Godbole