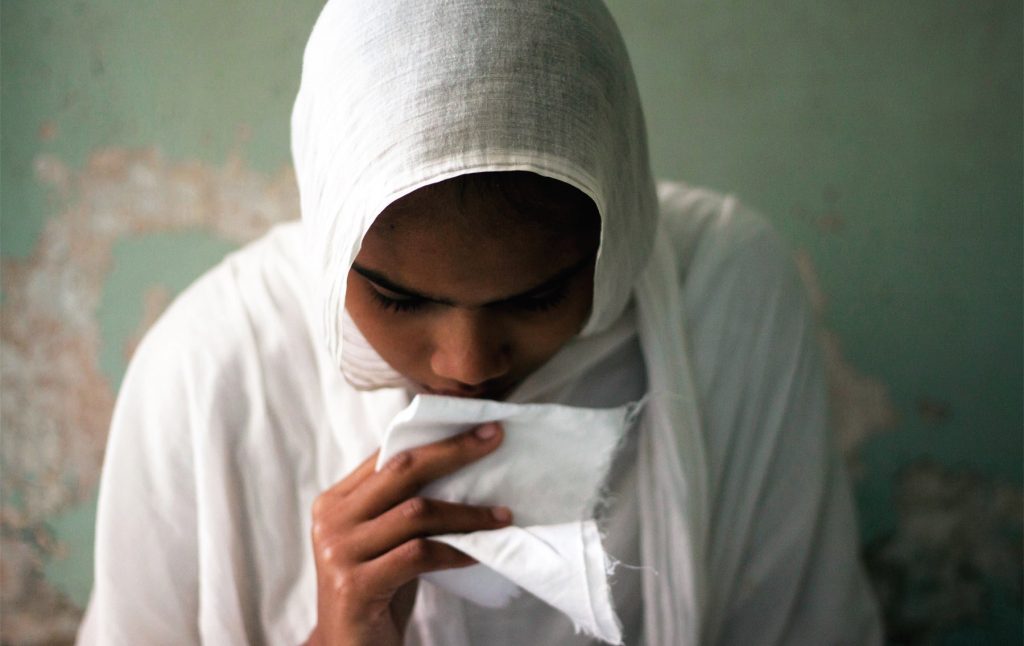 What started out as a mere curiosity has turned into a serious project for Pooja Jain. She will display her pictures at DPF 2013.

Pooja Jain              “Being a nun is
more than just
shaving the head,
wearing a robe or
commuting on
barefoot. I wanted
to unravel the
hidden stories
behind their
simple lives.”

This story was originally published in October 2013.

While in Rajasthan, Mumbai-based Pooja Jain found numerous monographs published by the Jain monks and nuns which fascinated her. Further, she found the book ‘Nine lives: In Search of the Sacred in Modern India’ by William Dalrymple that explores the lives of nine people, one of which is the story of a Nun. “I was intrigued by the powerful nature of the story, culture and the people and I wanted to know more,” she says.

Renunciation: is it a path of spirituality, an attitude or a way to approach life or a step to solitary? It was this question that inspired Pooja to explore the world of nuns and their simple way of life through the medium of photography. Pooja’s photo series, Renunciation has been selected to be exhibited at the second edition of Delhi Photo Festival 2013. This will be her first-ever photo exhibition in the country.

The series began with Pooja photographing the conversations between the nuns. I wanted to see if there was any visual potential in my concept. While documenting the series, Pooja also gained formal training in photography. The series began in 2009 and Pooja hopes to continue the series sometime in the future.

At present, Pooja has a few conceptual ideas in mind. “I need to work on these ideas a bit more and see how they will be executed before I can talk about them.”