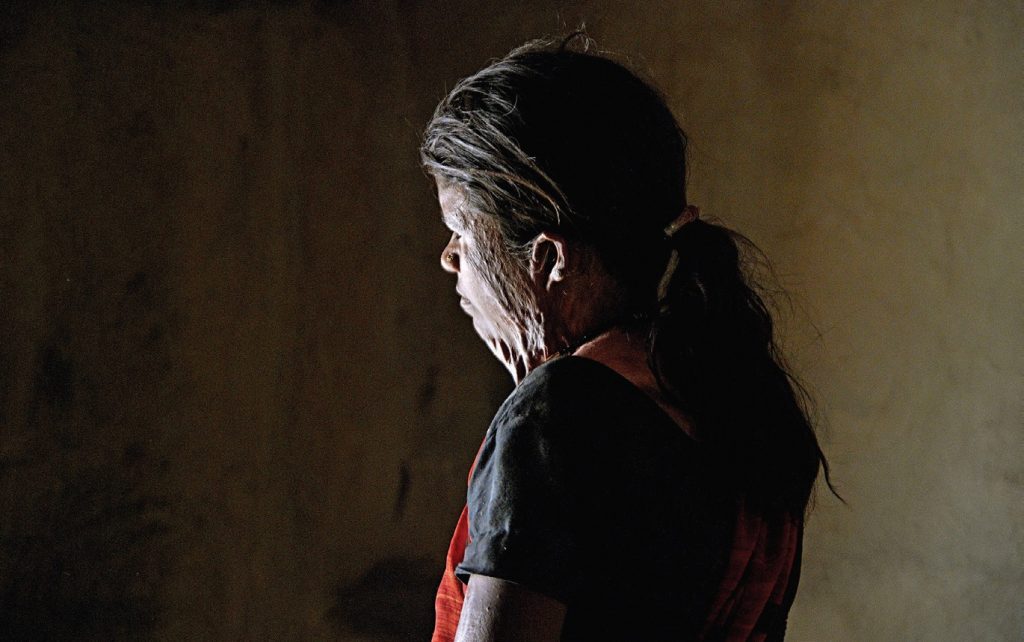 Driven to desperation by her husband, Girija poured kerosene on herself and set herself on fire. Photograph/Helena Schätzle

This story was originally published in July 2013.

Helena Schätzle “Often, parents who had themselves experienced the distress of childhood marriage, still subjected their children to the same practice.”

Helena Schätzle, a German photographer, first visited India when she came to photograph the country in 2006. On her second visit to India, she started to travel with photographer Sudharak Olwe. He was then teaching photography at an organisation called Vanangana, which worked with women who were subject to violent domestic abuse, in Uttar Pradesh. It is here that she first started working on her series Circle of Everyday Violence. The first images were made during her days with Vanangana. This eventually sparked her project on documenting the hardships faced by Indian women.

In the beginning, being a Western woman, she found it difficult to find access to the world of Indian women. Gradually, as she started living amongst the women, she found insights into their lives. “I interacted with several women, both strong and interesting. And yet, only a few of them could resist the violence they were faced with.”

Over the past few years, Helena has made several trips to India to continue her work. Every time she got to know another woman who had a story to violence to tell, I would make her portrait and capture her story in words and pictures. She says, “I don’t know whether a single photographer can bring societal change, but the more people draw attention to violence against women, the more likely it is, that change will happen.”