Documenting a Multitude of Cultures This photograph of Lee, a national of Czech Republic, was a part of Anusha’s project in Austria. Photograph/Anusha Yadav

This article was originally published in August 2010. “Sometimes, when we look at a face in a crowd, we wonder which nation or city the face belongs to..”—Anusha Yadav

Imagine spending time in a European country that has become a melting pot for various nationalities and cultures. Anusha Yadav, a Mumbai-based photographer and book designer got one such opportunity to capture portraits of people from various backgrounds.
Anusha was one of two photographers (and the only Indian photographer) to have been invited by National Centre for Performing Arts, Salzburg, Austria, to shoot people of different nationalities who move to Salzburg for myriad reasons varying from love to studies. Salzburg is Austria’s regional capital with a high percentage of foreigners—there are people from nearly 192 countries inhabit the place. Anusha, along with another photographer, met 124 different people as representatives of their nations.
These individuals were asked to face the camera not only to tell their own story, but also to illustrate the city’s multiplicity and peculiarity. Anusha says, “Meeting so many people in such a small place was overwhelming. People have migrated to Salzburg for reasons which we can not even imagine. And, after meeting and interacting with so many people over the shoot I realised how insignificant our problems and fears can be.” 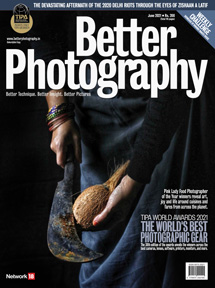