Documenting Disparities in the Millennium City 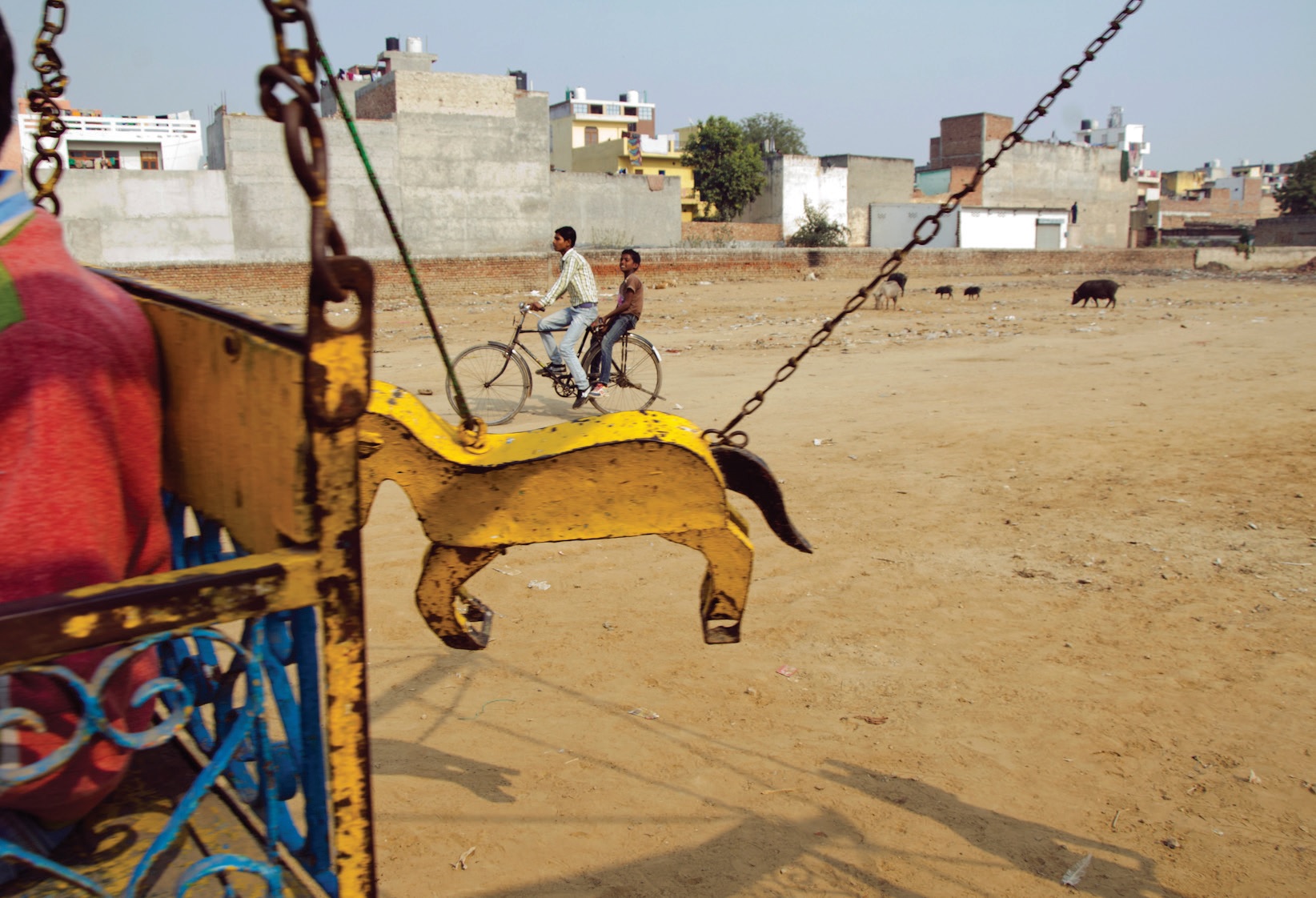 Monica feels that the contrasts that make up Gurgaon are enveloped in a mighty rush, thus giving the place a sense of purpose.

This article was originally published in April 2014.

Monica Tiwari                     “I think it is great how the city has soared in various multiplexes and skyscrapers, but its fabric is held down by the potholes and garbage dumps. Unless one bridges the gap, and quickly, the fabric tearing apart is inevitable.” Photograph/Saumya Khandelwal

When Monica Tiwari first laid eyes on the cover of Amit Mehra’s book, India, a Timeless Celebration, she realised the power of photographs. But it was not until she accidentally discovered her brother’s DSLR, that she seriously took up photography.

Monica is one of the 11 recipients of the Neel Dongre Grant for Excellence in Photography, by the India Photo Archive Foundation. The initiative has made it its vision to give photographers lacking in resources, a chance to showcase their work. The 2014 grant presented 11 photographers the opportunity to photograph a project titled Millennium Dreams, set in Gurgaon.

Her primary impression of Gurgaon was its loneliness. “I didn’t find the city welcoming and I wonder if anyone feels at home there.” These perceptions formed her approach toward the project. Monica finds the developments in Gurgaon confusing. She talks about being a witness to the opposite ends of the spectrum. For this, she gives the example of the glorious Cyber Hub mall, pristine to its tissue papers and potted plants, and then the migrant couple who she found sunbathing in front of the garbage dump. “I think it is great how the city has soared in various multiplexes and skyscrapers, but its fabric is held down by the potholes and the garbage dumps.”