Discovering the Irony in India’s Cities 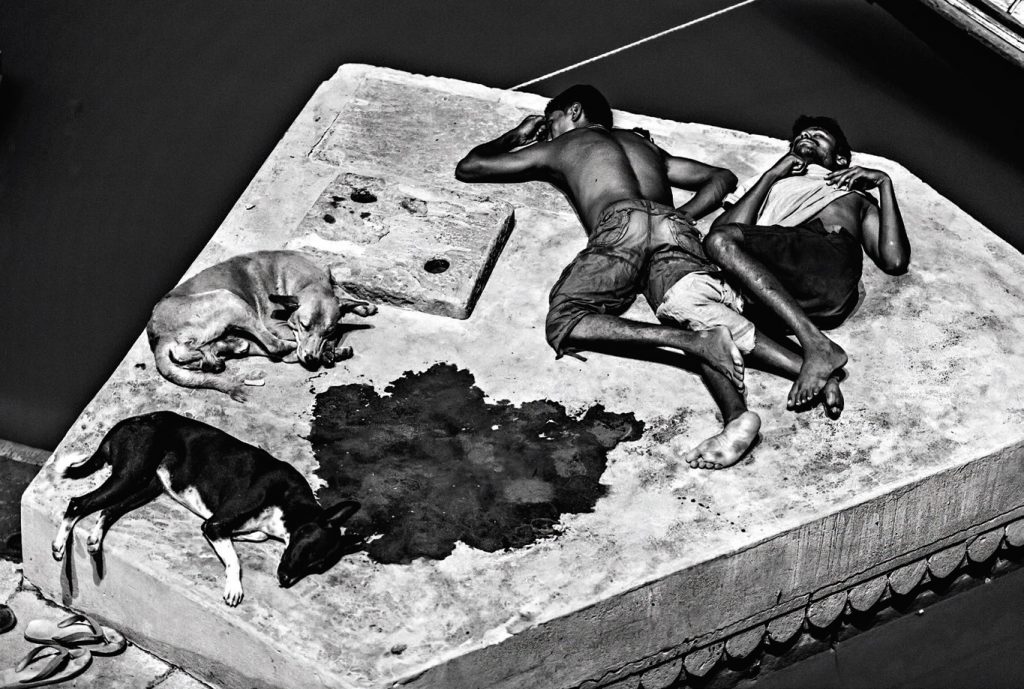 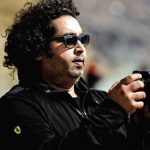 Mithilesh Choubey enjoys making pictures at weddings, street photography and also documenting his travels. In 2013, he had his work exhibited at the All India Fine Arts and Crafts Society.

Photographer Mithilesh Choubey recently became the recipient of the National Award from the Lalit Kala Academy, as a part of the 56th National Exhibition of Art 2014-2015. He won for his image titled Resting in Peace.

He shot the photograph when he was visiting the Manikarnika Ghat in Varanasi, a place that is the embodiment of the Hindu philosophy of Moksha, a way to gain freedom from the vicious cycle of life and death.

Although he was carrying his camera gear, Mithilesh did not want to make any images of the burning bodies that he encountered. Instead, he simply wanted to sit quietly and absorb the general activities of the area.

However, after spending over an hour walking around, he and his friend arrived at a platform overlooking the Ganga River. It was here that he noticed two men sleeping next to two dogs. “It immediately occurred to me that the two individuals have come to sleep at a place where everyone else comes to rest in peace,” he says.

Since it was close to midnight, Mithilesh found it difficult to shoot the image under the extremely low light conditions. Nevertheless, he managed to capture this shot, which he later converted to black and white.