David has always been more intrigued by the aesthetics of a good photograph. He is more interested in pictures that capture a certain mood or feeling, than one that tells a specific story in a documenting sense. Photograph/David Ingraham David Ingraham talks to Conchita Fernandes about what inspires him about photography, and how his style has evolved over the years.

Inspired by Led Zeppelin’s famous track Dazed and Confused, David Ingraham saw it as a fitting title for his soon to be Instagram account. But there was more to the name. At the time he was going through what he calls a mini mid-life crisis. He was unsure about the direction that his career was taking, and somehow ‘dazed and confused’ captured how he felt at the time. However, Instagram was not what got him interested in cellphone photography. It was in fact an image that he saw on Flickr. Here, he stumbled upon his first iPhone image, shot using the Hipstamatic app. “I remember being taken aback not by the image quality but by its artistic quality. That was when I realised what a powerful tool an iPhone could be,” he says.

Setting Base
Since then, David has grown exponentially— stylistically and as a photographer as well. But it took him time to find his foothold. His early Instagram work—a mix of colour and B&W, is a testament to this. It is also quite interesting to look at, considering that he now mainly shoots in B&W.

He then talks about the importance of good lighting in his work. “If there isn’t something compelling about the light, I feel very uninspired. It doesn’t have to be dramatic, but it has to catch my eye in some way or another.” Snapseed is one of the foremost apps that he uses to edit his photographs. “It does almost everything I need, as far as basic editing goes— cropping, dodging, burning, vignetting, and so on.” Photograph/David Ingraham

That Old Timeless Feel
His photographs are also very reminiscent of old American gangster and film noir movies. But it isn’t something that he consciously sets out to create. It is in fact a product of the influences that he has had in his career. “I love old B&W movies by Ingmar Berman and Federico Fellini, and photography masters like Eugene Smith and Harry Callahan. Their work has helped in shaping my style and aesthetic, even if it’s in a subconscious way.”

“I cannot possibly pick one favourite or memorable photograph from the ones that I shot. I have many that I like, but at the same time I tend to get sick of my photos very quickly, and tire of looking at them. I’m not the type of person who hangs his own work on his wall, I’d rather look at someone else’s.”

The Enigma of the Hat Man
Let’s also not forget the elusive men in hats, a recurring figure in his work. It is very reminiscent of Richard Koci Hernandez’s images of the same subject. In David’s case, the hatted men take on different persona. Sometimes they look like intimidating American cowboys, and at other times like fedora clad undercover agents.

“When I think of cowboys I picture the more stereotypical milieu—like the ones riding horses in the desert. So for me, there’s a certain visual incongruity to the sight of a cowboy walking down the downtown streets of a huge urban metropolis. There’s an odd magnetism to it that draws me in. Koci tapped into this way early on. He pretty much owns the ‘hat man’. I feel like any time I shoot someone in a fedora, I’m automatically copying him, and that’s frustrating! Also, the ‘hat man’ seems to represent the every man in some general way that I can’t quite put into words. This instills a certain timelessness into Koci’s work that I love. I’m not sure I always achieve it but it’s something I aim for.” He prefers that his photographs not tell a specific story, so that the viewer can fill in he blanks and come to their own conclusions. Photograph/David Ingraham

Managing two Different Lives
Shuttling between his professional career as a musician and as a photographer when he is not touring with his band, David is slowly starting to find the back and forth a rather exhausting balancing act. More so, since he has been receiving several new photography opportunities. But he isn’t complaining. “I still enjoy playing the drums, and feel very fortunate to be able to pay the bills doing it. But when I’m off the road, it’s all photography. Take off one hat and put on the other.”

Tips on Becoming a Better Photographer

About David Ingraham
He plays the drums in a Celtic rock and roll band called the Young Dubliners. His work has been presented in numerous publications such as the Los Angeles Times, Burn Magazine, Black & White Magazine, and also in the The Art of iPhone Photography. He is also part of an international photography group called Tiny Collective, and has exhibited his work worldwide. He enjoys movies by Stanley Kubrick, Ernst Ingmar Bergman and Wim Wenders.

The article originally appeared in the March 2016 issue of Better Photography. 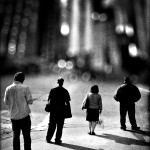 David deeply connected with Gary Winogrand’s idea, that the process of making pictures was the closest thing to not existing. He felt like he knew exactly what it meant, that is, completely losing oneself in the ritual of looking, observing, seeking and capturing. Photograph/David Ingraham 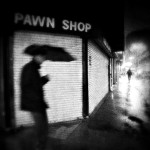 In regards to street photography, he feels that the genre is so widely practiced that it may be repeating itself a bit. “At one point I asked myself—“Where can I take this? What can I do with this that hasn’t been done?” Photograph/David Ingraham 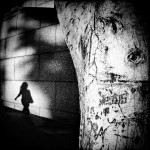 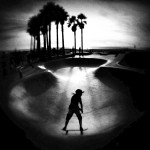 The extent of postprocessing is completely dependent on the image and how he wants to present it. If it is a strong, straightout- of-the-camera shot, David slightly heightens the tones and textures. With his more creative editing, he sees if he wants to alter the mood or movement of the image. Photograph/David Ingraham 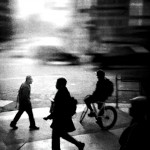 David is of the firm belief that you should treat your Instagram feed as your personal gallery space that is open to the world. Which is why, he is very selective about the photographs that he uploads. Photograph/David Ingraham 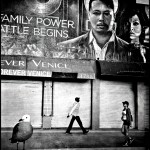 David is of the opinion that what you shoot with is only as important as the inspiration and ease it is providing you. Otherwise, all the bells and whistles can be a distraction. Photograph/David Ingraham 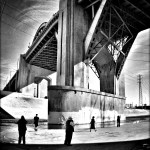 Currently he is using the Apple iPhone 4s to shoot, and is ready to graduate to the iPhone 6 soon. Photograph/David Ingraham