Confessions of a Visual Mind This child was playing with his father’s gun in Champaran, Bihar. According to Ritesh, the kid demanded that his portrait be shot, and Ritesh would dare not refuse! Photograph/Ritesh Uttamchandani

With some unabashed criticism and a lot of idealism, young Ritesh Uttamchandani searches for the perfect way to describe photojournalism. Raj Lalwani finds out more

Over the past two years, Ritesh Uttamchandani has become a good friend of mine. That is why when we sat across thetable for an ‘official interview’, it did seem weird to get down to a list of questions and answers. I did not know where to start, and the waiter came to our table to give us two glasses of tea. Ritesh grinned and said, “Did I tell you that I was once a waiter at McDonald’s?”

From Cybercafés to Cameras
With that shocking revelation, we continued the conversation. Ritesh describes his early days as a drifter and dropout. “I dropped out a couple of times before I finished my graduation somehow. I was sent to Dubai, where I did a number of  odd jobs, including estate agency and a hotel desk job,” he looks back. Losing interest in working there, he returned to Mumbai and worked at a cybercafé, a daily newspaper and, a McDonald’s outlet. “I got so bored! Each of those jobs lasted a day, and then I was out of there.”
In 2003, his sister gave him his first camera, and Ritesh gradually started shooting everything around him. “Initially, I would photograph the same things that everyone shoots—flowers, sunsets, people sleeping in the streets. Not that there is anything wrong with these subjects, but I shot them only because they were easy. My own style and identity were still to develop,” he says.

‘C’ Grade in Photojournalism
Around the same time, he joined a photography course, and also started doing a post-graduate course at Xavier’s Institute of Communication. This was when his skills and interest developed, as hours were spent watching inspirational YouTube videos of masters like David Alan Harvey, James Nachtwey and Reza.“After seeing these photojournalists in the heat of action and the kind of difference they made, who would want to continue shooting flowers?” he says. Ritesh had found his calling. “Of course, my post-graduation college gave me a ‘C’ grade in photojournalism. Educationists really know how to break you.” He never finished that course.

Of Portraiture and Pick-Up Lines
With photographic heroes like Elliot Erwitt and Richard Kalvar, it is not surprising that Ritesh is an excellent street photographer. However, the string that ties a majority of his photographs is that they are stunningly intimate. Acknowledging this observation, he says that it was his sister who cultivated his unique, quirky style of portraiture.“When I was small, she would play-act and make people pose in a stupid manner. She would dress them up, make them wear lipstick and make funny faces. It was almost ridiculous, but it introduced me to the whole idea of quirky portraiture, which I do even today,” he says. At this very moment, we were interrupted by two people who wanted to invite us to a play they were organising. I found it amusing that two strangers came up and spoke to us, but Ritesh simply said that it just showed how easy it is to go up to a complete stranger and speak to them. “For me, shooting a portrait is like approaching a girl. It is like a pick-upline. You go and speak to someone, make them comfortable and find a way that will convince them. You just have to find a connection.”

It Is All About The People
However, a lot of effort goes into establishing this connection. Accordingto Ritesh, portraitists and press photographers are often a grumpy lot. “We get so fed of up of putting people at ease while shooting them, that we just cannot do it in real life with friends and family.” He pauses and shrugs, trying to describe exactly what he feels, “I am not sure how to say this, but the ability disappears when you are not looking through the viewfinder. My skills get exhausted.”
He says that photojournalists are trained to find beauty in the ugliest of things. “If any photograph goes against the image of a particular person, it needs to be done with subtlety. Nobody wants to see a photograph of Abhishek Bachchan picking his nose,” says Ritesh. Ritesh stresses on the fact that there are no rules while shooting portraits or even news. “Each individual is different. It is all about the people. People get lost in other technicalities like lighting, which is not that difficult anyway. You place a light, move it around, take the reading and shoot—it is all done. I also hate schools and textbooks that tell you what to do with the ‘subject’. Subject object subject object—why do people not realise that they are dealing with human beings, not components in their frame?”

According to Ritesh, young photographers should get more opportunities. He comments, “A young kid may be the next Raghu Rai, but if you do not give him the opportunity, how would you know?” He greatly admires the work of Indian masters like S Paul, M M Shirodkar, N Thiagarajan, T S Satyan, Vivek Bendre, Swapan Parekh and V V Krishnan. “We all need to be exposed to this wealth of work a lot more. All of history anyway, is remembered through images. Let us respect history a little more.” The conversation had lasted over four hours, and the café we were sitting at was shutting shop. As the lights dimmed, Ritesh added a final thought, “I see a future, maybe an idealistic one, in which we are willing to take risks. Let’s have a world when we wake up on Sunday morning and pick up a newspaper that has only photographs across each spread. No text to dull us and bore us out on a day we wish to relax.” He has a gleam in his eye as he says this, probably visualising it in his head, “It may sound unrealistic, idealistic, whatever… but just imagine.”

About Ritesh Uttamchandani
His photograph of Daksha Modi, a survivorof the 7/11 Mumbai train blasts, became the most iconic image of the event. He not only shoots quirky portraits, but enjoys posing in an equally funny manner for photographs. He loves going off for road trips on his own and believes that North-East India is a photographer’s delight.

To read more of Ritesh’s quirky opinions and see his other work, visit ragingbum.blogspot.com 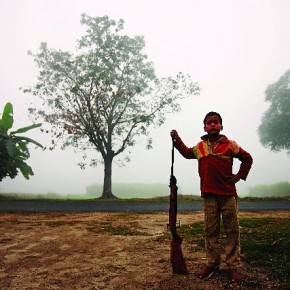 This child was playing with his father’s gun in Champaran, Bihar. According to Ritesh, the kid demanded that his portrait be shot, and Ritesh would dare not refuse! Photograph/Ritesh Uttamchandani 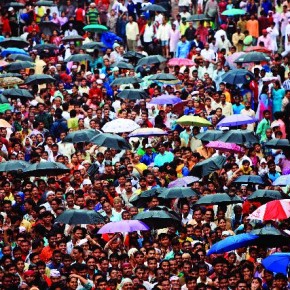 A part of a regular photojournalistic assignment, this is an image of a large crowd that has gathered for a final glimpse of the Lalbaugcha Raja Ganpati idol before it is immersed. Photograph/ Ritesh Uttamchandani 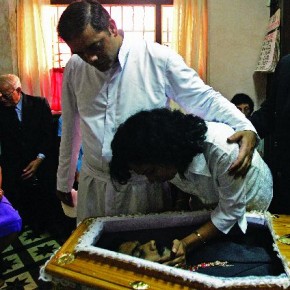 This is a sensitive portrait of the relatives of Sanford De Sales grieving at his funeral service. Sanford, a former national hockey player, was one of the victims of the 7/11 Mumbai train bombings. Photograph/ Ritesh Uttamchandani 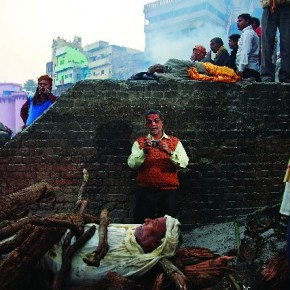 According to Ritesh, Varanasi sees some bizarre rituals. This is a portrait of a photographer who specialises in shooting the dead, with a desensitised man sleeping in the background. Photograph/ Ritesh Uttamchandani 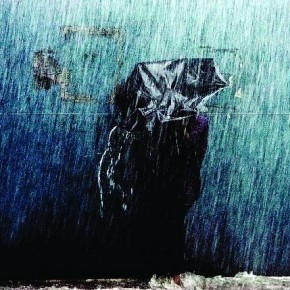 This street photograph of a woman shielding herself from heavy rain, shot near his house, shows his eye for colour and form. Photograph/ Ritesh Uttamchandani 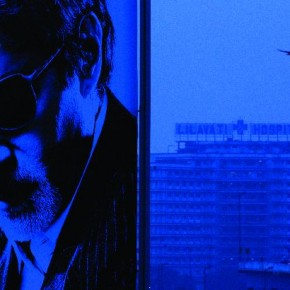 When Amitabh Bachchan was admitted to the hospital in 2005, Ritesh shot this photograph to symbolise the event, with a poster of Bachchan’s latest film in the foreground. Photograph/ Ritesh Uttamchandani 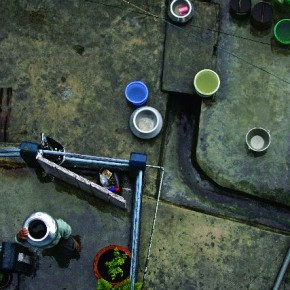 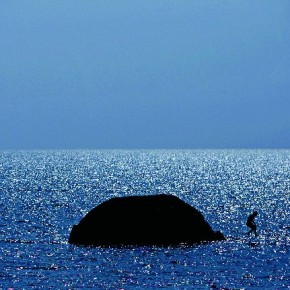 This moment captured at Palolem beach, Goa reminds the photographer of evolution, with the man appearing as if he is popping out of the water. Photograph/ Ritesh Uttamchandani 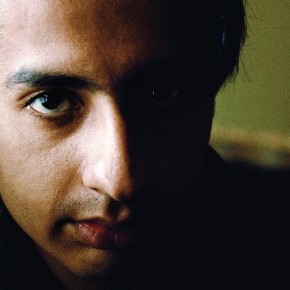