Cig Harvey: You Look at Me Like an Emergency Cig feels that faces are too specific to the person. Hence, while making self portraits, she consciously tried to hide her face to make the image look universal. Photograph/Cig Harvey

Sakshi Parikh delves into Cig Harvey’s life, as she talks about her relationship with her family, finding true love and striking a perfect balance between reality and fantasy. Cig Harvey’s images are intertwined with rich narrative and autobiography. Committed to the medium since she was 13, her work has been a part of the collection of various museums like the Museum of Fine Arts, Houston, Texas and the Farnsworth Art Museum, Maine. You can see her work on her website www.cigharvey.com

Whether set up or found, preconceived or in-the moment, Cig Harvey’s images evoke a sense of mystery and wonder, and often involve human interaction with the natural world. When I saw her work for the first time, I so was pulled in by the strength and vibrancy of the images that I was a little cautious of being seduced. While observing it, I felt like I was suspended somewhere between a teenage novel and a mother’s world. The ambiguity both drew me in and left me wondering.

Diaristic Visualisations
Over the years, Cig’s tenacity, brought about by an extreme and infectious passion for photography, opened up new avenues for her, all of which she was able to accomplish from the assuring space of her farmhouse, located on the coast of Maine. Here, she lives with her husband Doug, daughter Scout and their rescue dog, Scarlet. In the 25 years she has been photographing, Cig channeled her genius towards exploring her inner self, in the form of self portraits. For her, the process was extremely cathartic. “I finally found my voice of expression through photography, and it was because I began making pictures about things, rather than of things”, she said. An avid black and white photographer in her early years, Cig began making colour photos with an idea of exploring everything she has had to get over in her past. An extension of her black and white work, the colour images laid the groundwork for her first photobook, You Look at Me Like an Emergency. 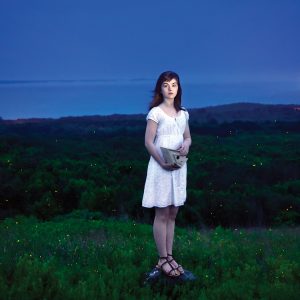 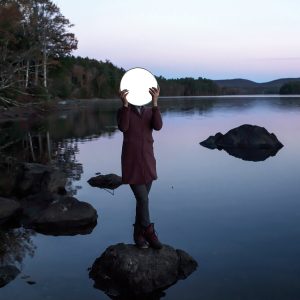 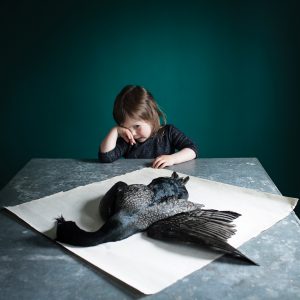 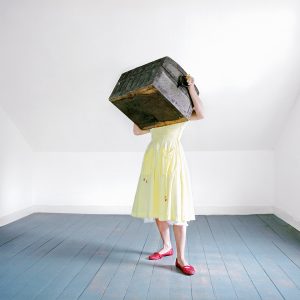 An Emotional Urgency
As much a document of a woman’s emotional life as it is a catalogue of psychological representation, You Look At Me Like An Emergency takes the viewer on a literal and metaphoric journey with family, friends, and lovers through fields, forests, towns, cities, oceans and caves, to finally finding a place called home. In 74 gorgeously coloured photographs, Emergency, now a book, conveys the universal quest for personal identity and place in the world. Divided in three acts, the photo series reflects on three different stages of growing up. The title, ever so profound, depicts several emotions that Cig goes through, as she observes her family observing her. Her constant struggle with her feelings reminded me of Elizabeth Bennet, the protagonist in Jane Austen’s classic work of fiction, Pride and Prejudice (1831). Elizabeth’s wit, common sense, and individuality, helped her discover love. She went through various phases in her life, dealing with what people thought of her. It wasn’t until she met Mr Darcy that she felt more empowered and loved. Likewise, Cig’s photo series looks like an unconventional family album, where the last act revolves around her love affair with Doug. “The title of this series came from the way my husband looked at me when we first met,” she gushes.

He said, “Your hair is so wonderfully disheveled.” I thought, “You should see the inside of me.” — An excerpt from Cig’s book, You Look at Me Like an Emergency.

The Phenomenal Magic of the Ordinary
Her next series and book, Gardening at Night, grew out of the previous series and is about creating a life where you are. It is an exploration of home, family, nature and time. The narrative has an element of magic in the mundane, where the viewer is left with a feeling of waking within a dream. The photos, clean and minimal, evoke something primal and instinctual that points to an individualistic connection to nature. Some of her images reminded me of Francesca Woodman’s work, where she has incorporated the use of props, which can be seen in Cig’s self portraits, which she created for the series. Cig connects the photos by color and themes. Her seasons change, not linearly, but with the complexity of life. “Our lifetimes may be linear but we experience moments associated with the seasons throughout different stages of life,” she said. According to Cig, “I became a better photographer after Scout was born. This intensity that parenthood brings isn’t a hindrance, it’s an extraordinary gift of art.” Photograph/Cig Harvey

Where You Finally Belong
According to Vicki Goldberg, a noted photography critic at The New York Times, “Cig Harvey’s world has a tendency to veer about twenty degrees north of expectations. It’s barely possible that an imp hides in her camera; it might even be an imp that moonlights as a mystery writer, and what do you know, it steals out now and then to put its stamp on her photographs.” Whether the images display transient glances into her daily life or staged scenes, they tell the story of what Cig finds true.

This article originally appeared in the November 2016 issue of Better Photography. 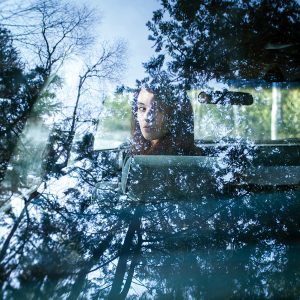 Cig says, “I started to put secrets in my pictures and I used colour to shroud it in such a way that when people saw my work, they compared the tones to the things they had.” Photograph/Cig Harvey 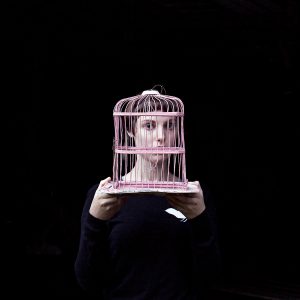 The text from her first book grew out of her accordion journals that Cig maintained to access ideas and imagery, but never planned to publish. Photograph/Cig Harvey