A modern dancer does an acrobatic manoeuvre in a desert in Dubai. Photograph/Chase Jarvis

World-renowned photographer Chase Jarvis speaks about the inspirations behind his compelling yet fresh photography to Rochelle Jobard. “I am not only a visual artist but also a social artist.”—Chase Jarvis

Take one look at a Chase Jarvis photograph, and it will seem as if you have experienced that moment either in real life or in a dream. That is essentially why he loves photography. “It is all about the people and sparking an emotional connect,” he says. A highly commended advertising, sports, lifestyle and popular culture photographer, Chase describes his work as “stylised authenticity”—which means that he infuses his style into every moment he captures.

Born on 18 July 1971, Chase inherited his first camera from his grandfather. At 35, he was the youngest photographer to be awarded the Hasselblad and Nikon Master awards. Now aged 37, Chase is proud of being completely self-taught. He holds a Masters in Philosophy, which he says has provided him the tools for critical thinking and the ability to discuss art with his peers, especially creative directors in photography. Chase credits his success to absolute hard work. “The secret to shooting better pictures is simply shooting more pictures.” He endeavours to lead a rich, fulfilling life, which reflects in his pictures. “There is no recipe for a great picture,” Chase says, “It is this challenge that keeps me interested in doing what I do.”

Shifting from Art to Photography

As a child, Chase was inspired by the works of great painters. In fact, he would often go to his local hardware store, get buckets of expired paint and paint huge canvases in his studio! He eventually realised that the camera helps create art more quickly. “From painting, it became a logical extension to my creativity,” he adds. Chase does not follow any one particular style of photography, but he admires the works of photography greats like Robert Mapplethorpe, Richard Avedon and Diane Arbus.

“ There is no recipe for a great picture. It is this challenge that keeps me interested in doing what I do”

As an aspiring photographer, one looks at other photographs and paintings for inspiration and then develops a vision. But in that first shot, one notices a gap between what was imagined and what it actually turned out to be. This is generally termed as the ‘creative gap’. Chase believes that in the beginning, the creative gap is huge. “But as you go along, you learn to minimise it and get better at expressing yourself. As you evolve into a professional, you will also begin to develop an idea of what you want your shot to look and feel like,” he elaborates.

“ I am not only a visual artist but also a social artist. Open generosity in creativity creates a culture of goodwill.”

As a commercial and lifestyle photographer, Chase believes that people are inclined to photography that is personal—one that establishes an emotional relationship with the subject or the photographer. “But what distinguishes a great photograph in an advertisement from others is the element of authenticity— that image which has the power to stop you in your tracks.”

Chase regularly shares his experiences and knowledge to aspiring photographers. You will find many videos of his photo shoots, ideas and techniques online. Unlike most photographers who fear that their ideas may be stolen, Chase is more candid and generous about sharing his views. Years ago, he could not learn much from pro photographers, as they were very secretive about their work. Working with film and no internet made learning slower. But Chase eventually managed to get along and committed to not fall prey to that attitude. Although he did get negative feedback from his peers, they realised in the long run how it worked out to be a great inspiration to fellow photographers.

Most of us have experienced frustration when that perfect moment comes by, only to realise that we do not have a camera with us. So when Chase Jarvis, who owns a Hasselblad H3D, a Nikon D3 as well as a D3X, also creates amazing work with his 2-megapixel iPhone camera, you know that photography is more than just about the gear. “As a creative person, I began to look for different ways to infuse and challenge my own creativity. I stumbled upon my iPhone— the camera that was with me all the time, and it let me be creative whenever I felt like it.” His iPhone work that can be seen on his website, received over a million page views in a month! So he discovered that people were hungry for that kind of creative outlet—something that they can relate to and see everyday. “I am not only a visual artist but also a social artist,” Chase opines. “Open generosity in terms of creativity creates a culture of goodwill.”

“ I stumbled upon my iPhone—the camera that was with me all the time, and it let me be creative whenever I felt like it.”

Chase is constantly challenging himself and is determined to never run out of things to do. He is currently wrapping up a Mountain Dew ad campaign in Dubai and is also working on a few music videos. His work is like a creative cycle—where the money from his commercial work helps to manifest his personal fine-art projects, which in turn fuel his vision for his commercial photography. “I wake up every morning with a list of things to do, which is a mile long. I feel honoured to be paid to create art and I cannot imagine myself to be in a better place than I am in right now.” About Chase Jarvis
Chase is a self-taught professional photographer, Chase is based in Seattle, US and Paris, France. H e has shot many ad campaigns for brands like Reebok, Apple Computers, Volvo and Mountain Dew. Before owning a photo studio, Chase had a painting studio. He derives most of his inspiration from 50–70s New York pop artists like Andy Warhol, Mark Rothko and Jim Dine.

You can view more of Chase Jarvis’s photography on his website www.chasejarvis.com 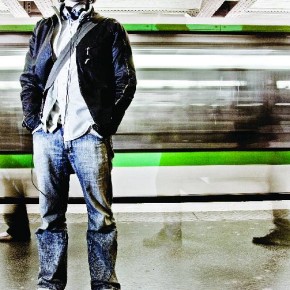 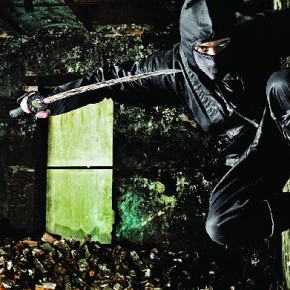 A ninja perches on the wall of an abandoned brewery, in Seattle, US. This was part of a personal project. Photograph/Chase Jarvis 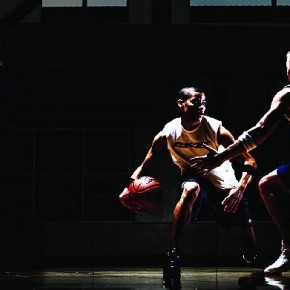 Two basketball players compete on a dramatically lit court. This was for an ad campaign for Reebok. Photograph/Chase Jarvis 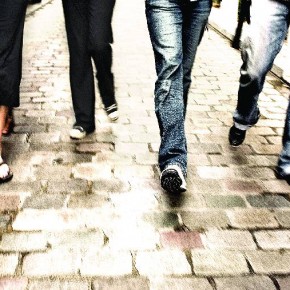 Four friends walk on a cobbled street in the Marais, Paris. Photograph/Chase Jarvis