Chandan believes that, often when you approach a subject with a lens training at them, there’s a faint possibility that some silent moments might get lost. Photograph/Chandan Khanna He is a Delhi-based photojournalist, originally from Allahabad. His photo series Kids “OFF” Tracks was recently exhibited at the India Habitat Centre, New Delhi. He spends his free time watching movies, and his favourites include Gangs of Wasseypur 2, Gulaal, The Dark Knight and Into the Wild.

Chandan Khanna talks to Tanvi Dhulia about photojournalism and the changing face of storytelling on social media.

India is a delight to anyone who raises a camera to their eye. Each time you peer through the viewfinder, you will be presented with vibrant scenes worth releasing the shutter for, almost as though there is a tale to discover at every street corner. Delhi-based photojournalist Chandan Khanna finds himself using his cellphone to make pictures and share bits from the stories he witnesses, while on assignment for Agence France-Presse. For a genre that, in India, is still deep rooted in the traditional means of shooting and dissemination, Chandan takes a more newfangled route… his Instagram feed is replete with photos that make you want to take a pause and appreciate the peculiarities of urban India.

“I recognise a moment worth capturing when I witness a scene that makes me want to drop everything I’m doing and observe for some time.”

The Tales of a City
Perhaps, shooting with a cellphone comes naturally to him. Growing up, he would always be keen to take pictures of friends and family, and at the time his phone was forever handy. He soon became adamant about pursuing photography as his career, which prompted him to take up a diploma course in Delhi.

Today, his job takes him around the city, allowing him to capture the colourful lives of those in Delhi, and presenting his stories to the audience, through the means of one Instagram square at a time. “When I first began photography, I struggled to find a platform to share my images. Of course, Instagram was there, but the reach wasn’t that vast.” Photograph/Chandan Khanna

Bringing Important Issues to the Surface
As a photojournalist, his work brings to light troubling situations which may not impact the audience solely through words. Earlier this year, Chandan documented the plight of children working in hazardous conditions at the bidi rolling factories of Kannauj, Uttar Pradesh. Gaining entry into the premises was rather challenging, since the owners are aware of the laws they are violating by employing labour under the permissible age. So, he pretended to be a college student conducting research on the workers’ health. “If they were to find out the truth, I would have never gotten out,” he recalls.

“I constantly pester my sister and friends for opinions when I’m contemplating whether to upload a picture. I’m afraid if I ask them one more time, they’ll probably kill me!”

Understanding Human Nature
While on the job, once he has shot the pictures he needs for a news story, Chandan pulls out his phone to capture a few scenes. “In a lot of situations, the camera is unwelcome,” he says. “People get intimidated by the large black box pointed at them, and they tend to respond more aggressively.” At times like these, he finds the cellphone useful, as it is discreet. “Probably due to the casualness that we associate with the device, I, too, feel more at ease when I’m making pictures with it.” He usually prefers to see in colour as that’s more true, in his opinion, to the scenes he witnesses. Photograph/Chandan Khanna

Not Child’s Play
For Chandan, cellphone photography is serious business, however he believes that it is taken rather lightly. “A lot of people are under the impression that editing tools and filters can compensate for lack of skills.” He tends to be very selective about the subjects he photographs and the images he shares. “Instagram is essentially the place where people see my work.”

Being Grateful
He has a strong sense of gratitude towards this medium. At the time when he was still trying to get a firm grip in the field of photojournalism, mobile photography kept his spirit alive. The appreciation he received through this practice helped him gain faith in his abilities. And it continues to play a pivotal role in his growth as a photographer.

Tips on Social Portraiture with Your Cellphone

• The Closer the Better: Don’t limit yourself by only making pictures of your subjects from a safe distance. It’s unlikely that they’ll bite. So, go ahead and approach them.
• Establish a Connection: Strike up a conversation with the people you’re about to photograph. This will help to make them comfortable and natural around you. In all likelihood you might learn of a story to associate with the picture you create.
• Keep it Real: Try to keep the image tweaking to a minimum. Avoid filters and let the original colours of the image be.

This article originally appeared in the April 2016 issue of Better Photography. 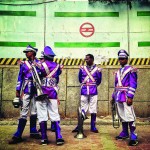 He strongly believes that every picture a photographer makes is beautiful because everyone’s perception of what is appealing differs greatly. Photograph/Chandan Khanna 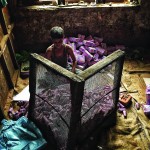 Most of his uploads are single images, each with their own stories. However, this picture is part of a series called Bidi, which he worked on to highlight the unlawful employment of children in bidi factories. Photograph/Chandan Khanna 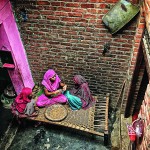 His keen interest in the news made him choose photojournalism over commercial photography. Photograph/Chandan Khanna 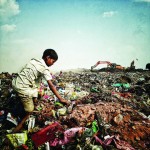 As a photojournalist, you get little time to spare for any sort of rekeying. “The constant shooting also leads to improvement in the kind of photos you make each day.” Photograph/Chandan Khanna 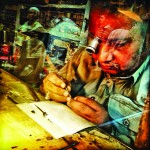 With constant advancements in cameraphone qualities, Chandan feels more and more confident about using them for his assignments. Photograph/Chandan Khanna 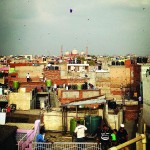 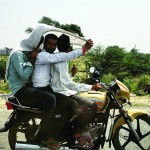 Chandan believes that he still has a lot to learn and that his own unique style is a work in progress. Photograph/Chandan Khanna 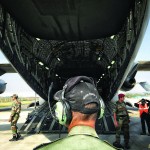 Chandan finds motivation in the thought that if he doesn’t take the chance to step out and shoot, he will never get the perfect shot. Photograph/Chandan Khanna 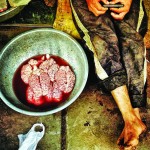 No subject matter is taboo for him. Each moment is a true representation of his city. Photograph/Chandan Khanna