Mahdieh Mirhabibi: A Blossom of Hope

Ambarin Afsar comes away a lot wiser after listening to the simple words of Mahdieh Mirhabibi, who documents conflict with an unbelievable gentleness. “I had plenty of questions about why war happens, and so I picked up the camera.”—Mahdieh Mirhabibi

Sitting across the table at the Press Club in Mumbai, one pleasant winter evening, I watched a video of a bomb blast captured by Mahdieh Mirhabibi, a young Iranian photographer. You could almost feel the smoke stinging your eyes. You could almost smell charred meat. The city where this horror took place was Mogadishu, the capital of Somalia. “Mahdieh had crossed the site of the blast, just five minutes ago,” informed M Reza Karfar, the curator of Mahdieh’s series, Along with Wind in Mogadishu, and our interpreter for the evening. The blast claimed 160 lives. More than a hundred of the victims had been students who had been applying for scholarships to pursue further studies. “There was a mother who had lost her young son as well as her husband. In fact, she couldn’t even recognise her son. It was only when she found his scholarship documents lying next to him that she realised that the charred body she was looking at, was her son.” Horrifically enough, blasts like these have become the norm in Mogadishu.

As she speaks in soft, lilting Persian and Reza translates. I look at the petite, pretty woman with soft hair and green eyes flashing darkly whenever she remembers anything painful… I wonder how much she has endured.

Often, Mahdieh dreams of a victim she documented, a boy whose head was blown off. In her dream, he pleads with her not to show his photo to his mother. Another recurring dream she has, is not something she has shot. “In my dream, my mother is alive again. We are in a desert and we are moving. However, my mother isn’t moving with us, she has been left behind. And I am crying and crying. This image stays with me and helps me make photographs.” A sick, starving boy awaits his fate in the banadir hospital in Mogadishu. There are only two hospitals in here, and those too, are ill-equipped. Photograph/Mahdieh Mirhabibi

“I have to shoot because photography is my language. it helps me tell the world about the problems of these people.”

War and the Half Truths of Cinema

Mahdieh comes from a generation that has grown up witnessing the war between Iran and Iraq. She also lost a cousin in the war. He was 19 years old, loved cinema and was an enlisted soldier. “I had plenty of questions about why war happens, and so I picked up the camera.” However, before she got behind the camera, Mahdieh spent a year in front of it. She had taken up acting in movies when she was 24 and in 2009, photography happened. “I wanted to express my emotions through cinema.” But she forsook that form of expression for photography? Why? Doesn’t a film, made up of 24 frames per second, speak a language different from photography? “Cinema is a lie. When I was working with an Iranian director, he told me that cinema is all about lying. You take something that is real and try to recreate it on screen. Sort of like repairing something—you put it back together, but it isn’t the same.” I retort saying that even photographs can lie. “Not documentary photos,” she parries. Mogadishu was once colonised by Italy  Here, one can see a homeless family who have taken refuge in the remains of an Italian church. Photograph/Mahdieh Mirhabibi

A month after purchasing a camera, Mahdieh signed a new movie. Later, she told the director, she did not want to act and asked if it would be okay if she simply tagged along and made photos. “It was an easy choice. All I needed to do was recognise myself. Who am I? What do I feel? And what do I want to say? I tried to connect my mind to my heart, because, see, the heart feels things in an instant. I simply conveyed these messages from my heart to mind and tried making pictures in that one spurt.” After this, she made her first journey alone, to Kurdistan in Iran. Eventually, she ended up visiting this tribe of war-torn, yet fiercely independent people again and again. Little did she know that her experiences here would set the tone for her later work.

A Religious Family and its Chronicles

Mahdieh’s father is a revered Maulana (priest), and her grandfather was an oft-consulted elder as well. “The first time that I came back from Kurdistan, my father slapped me.” He did not have a problem with photography, but with the fact that his daughter travelled alone for days, and would often come home late. “But when I came back from Somalia, he asked to see my photos. He wanted to show them to his photographer friend who has been making official portraits of him for years.” She is also working on a project on her father. “Nobody sees the informal, relaxed side of a Maulana. They are always out there in their cloaks and turbans, dispensing advice. People cannot imagine them doing normal things like eating lunch or spending time with their children.” What inspires her, I wonder, expecting her to talk about books, movies, or music. “Tanhaai,” she says, surprising me. Solitude, loneliness. “When I am shooting, I feel more lonely, because these victims are even more alone…” She pauses, remembering something. “In Mogadishu, after the blast, when I returned to the hotel, everything seemed unbearable. Even icecold water from the tap felt boiling hot.” Despite the strict curfew imposed at sundown, Mahdieh ventured out at night and found her way to the ocean. “I finally felt peace by the waves.” Such has been her way of quieting the turmoil within her. “Whenever I want to relax, I pick up an apple and head to the river. Ilisten to nature. Everything talks to me.”

“Even the worst photograph contains a message. Good and bad have no meaning in photography We give one message and receive one in return.

I have rarely met someone who is so quick-witted, deeply spiritual and anchored. What drives her and would she ever shoot anything besides conflict? “This is my way of doing khidmat for people.” Khidmat is Persian for servitude. “The day I feel like doing khidmat for anything else, such as nature, I will take that up and make pictures of nature.” She loves photography because it helps her connect with people and convey a message. “Even the worst photograph contains a message. Good and bad have no meaning in photography. We give one message and receive one in return.” To some, her images may seem stark and unsettling, but I can see an innocence within them. It is very hard to be presented with the harshness of life, and yet manage to have the gentle curiosity of a child. “Everyone has a small child inside. I travel with her. It is that insider who can relate and connect with others, not me. It is her”.

• Be honest to yourself and know yourself.

• Most things are not governed by a set method or formula. You need to discover the key to them on your own.

She loves blues music and the French singer, Edith Piaf. She also makes it a point to listen to local music wherever she goes. If not a photographer, she would have chosen to be a soldier. She has six siblings. her youngest brother is eight and she often gives him the camera to shoot when he accompanies their father out of the house. 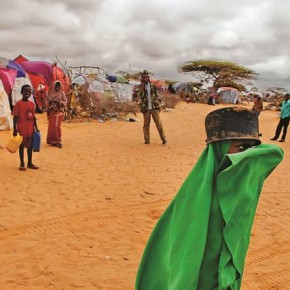 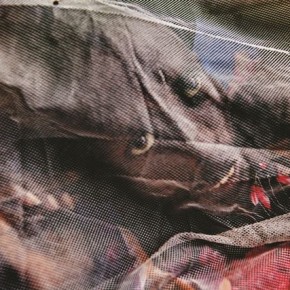 A sick, starving boy awaits his fate in the banadir hospital in Mogadishu. There are only two hospitals in here, and those too, are ill-equipped. Photograph/Mahdieh Mirhabibi 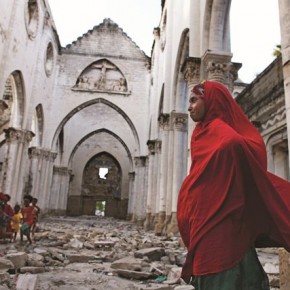 Mogadishu was once colonised by italy. Here, one can see a homeless family who have taken refuge in the remains of an Italian church. Photograph/Mahdieh Mirhabibi 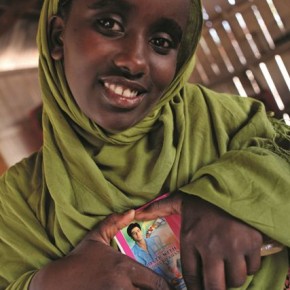 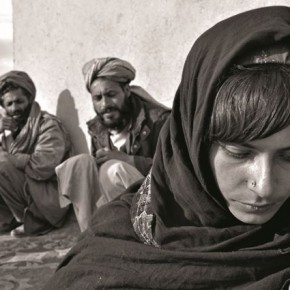 Another image from Here, Afghanistan, made in the Herat province, it subtly depicts the status of women in Afghan society Photograph/Mahdieh Mirhabibi 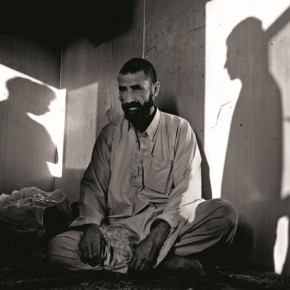 An image of Afghan immigrants in Tehran, iran, the image reflects the crises of identity and homelessnes that these people face daily. Photograph/Mahdieh Mirhabibi 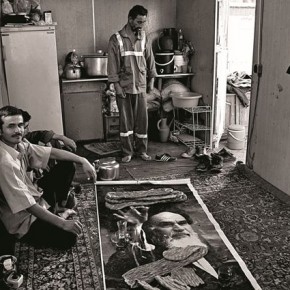 These Afghan immigrants, living in Tehran, Iran, invited Mahdieh over to breakfast one morning, while she was working on a series on them. Photograph/Mahdieh Mirhabibi 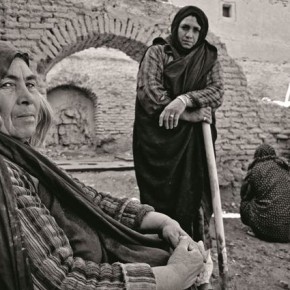 This is an image from Mahdieh’s series, Here, Afghanistan, and shows the working women from the Sarmagh village of the Herat province. Photograph/Mahdieh Mirhabibi