Birthe Piontek: The Pursuit of Identity Lying Still has been one of her most intense projects. She says that even though the photographs were about her, the topics that she was referring to in the images are universal. Photograph/Birthe Piontek Originally from
Germany, Birthe moved
to Canada 10 years ago,
after completing her
MFA from the University
of Duisburg-Essen in
Communication Design
and Photography.
In 2011, her series,
The Idea of North,
culminated into
a monograph.
She is addicted to
Instagram. You can
follow her on
@birthepiontek.

Step into the uncanny world of Birthe Piontek, who discusses the complexities of life with Conchita Fernandes.

You will often find Birthe alone in her studio, fiddling with several photo prints. “What are you trying to tell me?” she questions the person in the image. She will then begin to either cut up the photo or make creases, or even bathe it in glitter. At other times, she will ponder about the treatment she would like to give to the photograph. There is a lot waiting to be discovered in the print that she has in her hand. However, much before Birthe’s obsession with uncovering the secrets behind a photograph was the birth of an idea… what can a photograph reveal about identity?

Conveying Transformation
Birthe’s curiosity with the concept of identity came naturally, as a result of her outgoing personality. “I am a people person, and I really like listening to stories,” she says. However, this passion took a more psychological turn when she became keen on exploring how people think, feel and express themselves. However, before she began studying others, she started with studying herself in her initial work, Lying Still.

The Idea of North is my favourite project. Not only because of the wonderful time I had up there, but also because it reiterated the reason why I took up photography in the first place— to make pictures of people.

Birthe used self-portraits and still life to express individuation and change. The visual diary started out as a result of illnesses and ailments that she endured since 2010. One of them was finding out that she will never be able to have kids. “The things that I got diagnosed with wouldn’t just go away. I realised that there was very little that I could do to change my situation. I still continue to grieve for some of the losses.” She turned to photography as a mechanism to process her situation. “It was almost like therapy,” she said.

The project involved her procuring objects from around the house and posing with them in different parts of her home. It was almost as if she surrendered to her viewers, spilling all her anxieties to them. In Lying Still, the photographs deal with intimacy, mortality, sexuality, the different roles and relationships that people find themselves in and how that changes them. Photograph/Birthe Piontek

Idealising the North
While she continued to make selfportraits, her next project took her several miles away to Dawson City, in the Yukon Territory of Canada. Birthe read and was inspired by American author Jack London’s stories of his time spent in the Klondike region of Yukon, in the late 1800s. In his stories, he provided valuable details of the wilderness there, especially in his famous book The Call of the Wild. No wonder she was fascinated by the place.

“When I moved to Vancouver in 2005, I wanted to explore the country. I was especially interested in the North, as the vastness of that region not only makes up such a big part of Canada’s landmass, but also of Canadian identity,” she says. Her series is aptly titled The Idea of North, and is inspired by Canadian pianist Glenn Gould’s work, also by the same name.

She went about the project photographing people’s lives and identities, shaped by this particular region. “Yukon’s history is closely interwoven with adventurism, discovery and opportunities. I wanted to see how or if this is reflected in the people.”

Dealing with criticism was tough, but it’s getting better. For instance, a lot of men just did not understand Lying Still. But it didn’t bother me. I realised that both of us are operating on two very different points.

Unearthing Untold Stories
However, as pleased as she was with The Idea of North, Birthe felt a little unsettled… she felt like she was merely hitting the surface. “There was something in me that was looking for a new approach in the way I photographed. I kept thinking of all the photos that I made of people, and continued pondering over what they actually tell.”

While she was shooting for Lying Still, she began collecting vintage photographs from various sources, even online. The idea for Mimesis (2012) was then born, where she wanted to express human identity and her view of the photograph as an object. “I began to play with the images, and all of a sudden I felt that something was happening there.”

Each photograph was given a different treatment, and there was a lot of trial and error involved. While some of her images are cut up, others are folded in a particular manner. She wasn’t just looking to create something unusual, neither was she going for shock value. The images were meant to be reminders for reassessing our need to make several photographs to validate our experiences. Lying Still wasn’t just a personal journey chronicling her sickness, but also an important realisation about how her body would never be the same and will continue to change. Photograph/Birthe Piontek

Brimming with Creativity
Looking back at her work, it is worth noting how Birthe has explored the concept of identity in different ways. Taking inspiration from different artists, she realised that in photography, it is not always necessary to wait for the moment. It can be created too, which is evident in projects like Lying Still and The Idea of North. Moreover, her incredible imagination has not only given us a means of learning more about photography, but also perhaps, the key to unlocking our innermost secrets. 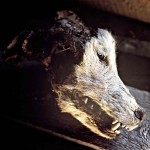 In a way, The Idea of the North was a huge eye opener for her. She couldn’t fathom a place so remote and shaped so much by the nature surrounding it. Photograph/Birthe Piontek 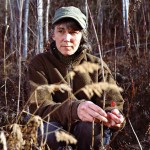 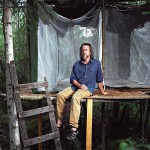 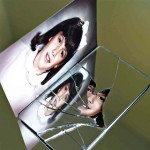 Since she worked on Mimesis from her home studio, it did get a little solitary for Birthe. For her next project, she hopes to have human interaction. Photograph/Birthe Piontek 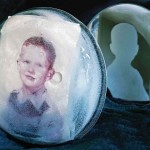 The actual process of transforming the photograph wasn’t difficult for her at all. Figuring out how to set it up and what the final result actually meant was the tough part. Photograph/Birthe Piontek 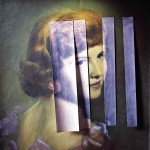 She would spend several hours on a photograph to decipher its story. Questions like “Who is this person?” and “What is specific to this person?” were common. Photograph/Birthe Piontek 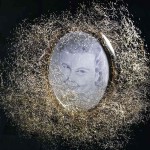 Deciding on the treatment of the image wasn’t always easy. There were times when she had to abandon experimentation because the final look did not work for the image. She wouldn’t discard it; rather she would switch to another photograph and return to the previous one a little later. Photograph/Birthe Piontek 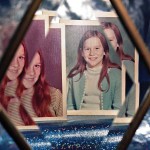 She spent a lot of time in thrift stores and craft outlets, collecting materials like fabric and glitter for Mimesis. Photograph/Birthe Piontek 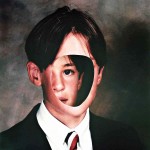 When she began collecting old photographs, Birthe specifically looked for formal portraits, so that her viewers could build a connection to the individual’s face and what lies beneath it. Photograph/Birthe Piontek 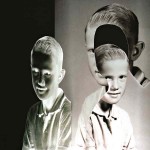 Mimesis is an ongoing project. She hopes to take her viewers “beyond their usual, conditioned way of seeing and feeling.” Photograph/Birthe Piontek 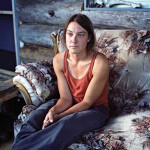 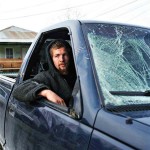 It took her a while to be accepted into the close-knit community of Yukon, and to get the locals interested in her project. Photograph/Birthe Piontek 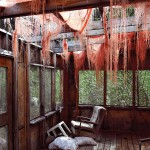 She was intrigued by the idea of being in a small town where everybody knew one another, and where the closest metropolis was a seven-hour drive away. Photograph/Birthe Piontek