Titled He Who Sees Your Darkness, Captures Your Soul, this image was created using Snapseed and ArtRage. Photograph/Aylin Argun

Aylin Argun talks to Natasha Desai about embracing the self portrait and taking it to the next level. All with an iPhone 4s and a bunch of apps.

Aylin Argun’s day begins with a giant kiss from her dog Mondi. After a cup of coffee, she feeds her cats. Soon she is off to shoot. It may be a beautiful flower or the strays that she feeds daily. The most striking images she takes, however, are of herself.

Discovering The Cellphone
Aylin got her first iPhone in 2011 and fell in love. She has been an artist for many years but she discovered a whole new creative outlet. “Cellphone photography turns the whole process into fun with applications,” she says.

The planet Neptune inspires Aylin a lot and she believes herself to also be detached from earthly matters. Photograph/Aylin Argun

Ideate, Execute…Create!
She may not plan when she is going to shoot and create her next masterpiece but the ideas are always swarming in her head. “I love combining photos with paintings, playing with colors and creating a new world with that piece. Having photos telling stories is important to me,” she says. “Sometimes,   it starts with something that occupies my mind. Other times, photos I’ve taken direct me to ideas. I let them rest as black/white for a while so they can whisper their stories.”

Apps, Apps and more Apps
The best part of Aylin’s self portraits is the crazy use of apps. “I like using overlays and textures and I use the apps Art Rage, B&W Lab, Snapseed, Blender, Noir, Modern Grunge, iColorama, Procreate, Repix frequently. I do not use them as is and I  modify them with another app that I find suitable for the self portrait. How I use them depends on my perspective and taste.”

For Aylin, everything is an inspiration… and most of  all, nature. Photograph/Aylin Argun

Locations Hardly Matter
Aylins shoots spontaneously wherever she is. “Whenever I decide on an idea, where I  am situated, does not matter. This may seem a little weird. But, on the other hand, I  am a little bit of a whack!” she says.

On Being Appreciated
She actively uses Instagram and Flickr and is very happy with the response she has received so far. “I shared my art on Instagram three years ago. At first, I was doing it without any expectations and then I started getting great enthusiasm from viewers. What  really motivates me is that my work is seen not just a photograph but as an artwork.” With the recognition she gained online, she started entering competitions and received many awards.

Inspiration Can Come From Anywhere
Aylin is very inspired by stories and experiences of women. She draws her inspiration from nature and life in general. Animals feature regularly in her artworks. “I am the happiest when I am with pets and strays. I am also extremely happy when I am in nature, just by myself,” she says.

This article originally appeared in the March 2014 issue of Better Photography.

She loves the connections she has been able to forge via her cellphone. She has made friends, met new artists and received recognition worldwide. Photograph/Aylin Argun

• Look Within: I have no advice as such. Frankly, I do not think self portraiture is something that can be done through reading or learning. Everyone needs to find their own way based on her or his own experience.
• Stay True: The only thing I want to say is that people should be themselves and create their works by looking inside themselves without imitating.

She used to own a flower shop in Ankara, Turkey before leaving the city behind and living alone in a small seaside town. Her artworks have been displayed at the LA Mobile Arts Festival, Unit24 Gallery in London among other places around the world. 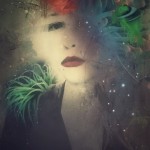 She started experimenting with herself as a model mainly because she  lives alone. Photograph/Aylin Argun 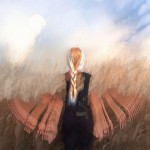 She has used her apps extensively and stresses that you need to take time and be familiar with them in order to create. Photograph/Aylin Argun