Armin Linke speaks to Tanvi Dhulia about his unique outlook on photography and the great responsibility that comes with documenting the human environment. 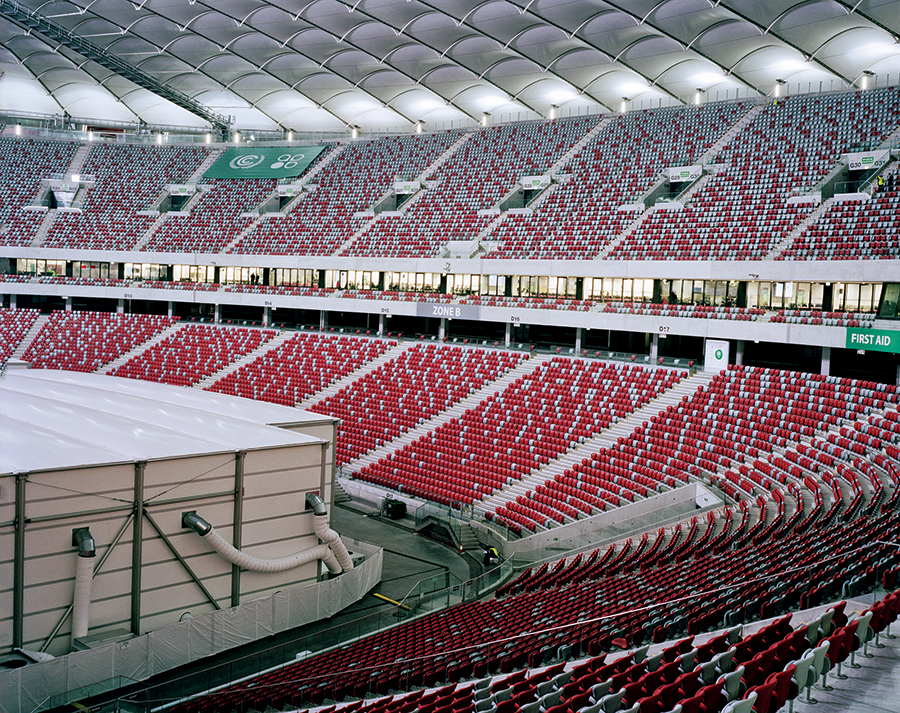 When Armin Linke says that he finds the pursuit of perfection “boring” one wonders whether you’re both thinking about the same kind of perfection. From a technical perspective alone, his images are crafted with a kind of precision and attention to detail that is sought after by pedants. However, he says, “I always try to introduce some disturbance into the presentation of the work, so that the public is unnerved and it leads them to wonder why there is a disturbance in the first place.”

His focus goes far beyond the sole action of creating a photograph. The manner in which each body of work reaches audiences is an important aspect for him. And although, when viewing an image by him, it might seem that it is devoid of narrative, upon closer inspection to his style of work one realises that each picture falls into place with a much larger telling about the way we inhabit space, and the rapidity with which we’re causing the human environment to transform.

In an interview with Max Dax for VTph magazine, Linke said of his work, “They (his images) become forensic later, when a person takes the time to put them in a larger context and not just view each one in isolation. That would mean my images function as indices that do not make a specific statement until they are in the right configuration.” At the crux of it all, Armin Linke is a reporter of the Anthropocene (the current geological age in which human influence has been dominant), one who drives to remain steady and honest in his pursuit of documenting our impact on the planet.

A Way of Seeing
Born in Milan, in 1966, the way he perceives the world today began to take form rather early on. By observing his parents at work (his mother is a graphic designer, and his father, an industrial designer), Linke grew up seeing how photography was used in art catalogues and communication.

“As a child, I saw how pictures are used, and not just how they are produced.” So, from a fairly young age, he was instilled with the knowledge of how the medium is part of a larger system of communication, and social function. It led him to believe that it is a photographer’s social responsibility to understand how this system functions. 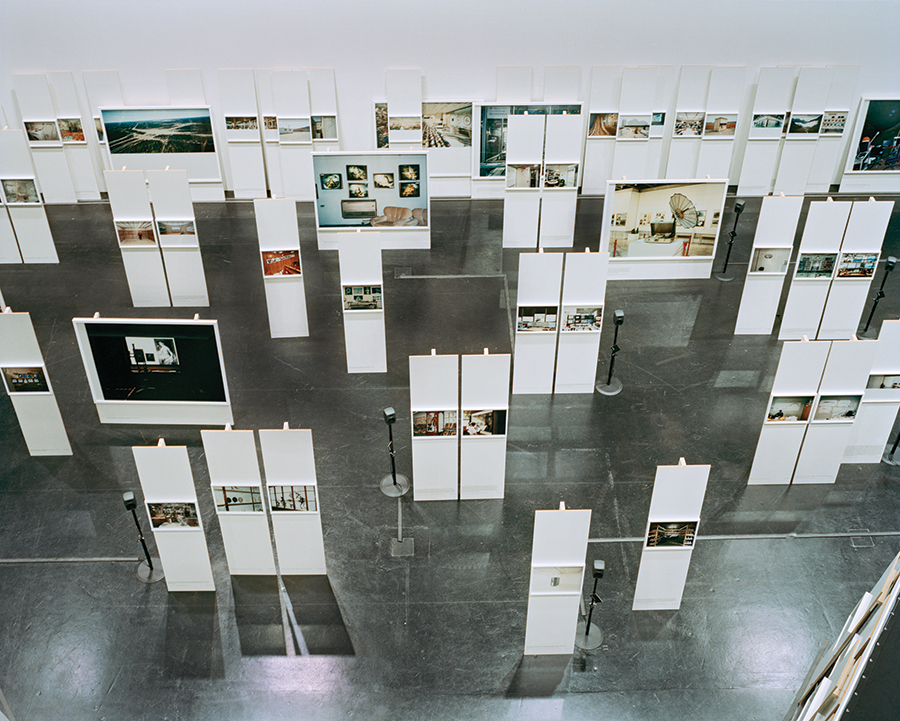 Armin Linke Installation “The Appearance of That Which Cannot be Seen”, ZKM, Karsruhe.

Along with that, perhaps he also inherited a keen understanding of form and space, which is evident in his large-scale colour images. “It wasn’t just the photography that impressed me, but also the larger idea of design, and the role photography can play in the making of a book, an exhibition, or how it can transfer into other works.” One particular exhibition of his work impressed upon him the significance of knowing how to display his work. In 2003, for the Venice Biennale, Linke presented the Book on Demand project, for which he made available around a thousand images from his archive, each marked with a magnetic ID. The idea was to allow the public to become co-curators by selecting images to create a book for themselves. “It was an exhibition that would change continuously and would work in an interactional way.”

Turning Points
After a brief spell at an art school in Milan, Linke moved to New York to kick-start his career as a photographer, dabbling in genres like architecture and portraiture. There, he caught the attention of the Italian luxury-interiors magazine Casa Vogue, which kept him occupied with regular assignments.

During his time in the United States, Linke was immersed in a world of literature and art, honing his skills as a photographer and gaining a deeper appreciation for realism, which is now a defining characteristic of his work.

It was nearly two decades ago, after coming across a report about the construction of the Three Gorges Dam in China, that Linke was drawn to the idea of studying the transformation it was bringing about. “All over the world, the landscape was changing,” he explains. “Of course, this is something that has been happening for centuries. But what caught my attention was the acceleration in this modification of landscape, including the social changes taking place because of it.”

Time and time again, he reiterates how his photographs are meant to expose the connections in the world. And he hopes that this leads us to comprehend “the narratives that emerge from those connections.” In his quest to better communicate such observations, Linke has also delved into filmmaking.

Over the last 15 years, video has become a significant part of his exhibits. He attributes this shift in focus to the progress in digital camera technology.

In his 2011 documentary, Alpi, (one of his first major video projects) he studied the manner in which the landscape of the Alps is perceived. “In that first film of mine, I was able to seamlessly transfer the central theme of my photography—inquiring into the surface of things and what lies beneath it—from photographs to a motion picture.”

The hour-long film which begins with a shot of an Indian film crew shooting a musical sequence in Switzerland, moves from one scene to another, without much exposition. “You have to ask yourself about the perception or the clichés that allow you to identify a specific place or a specific situation. So, in this sense, it’s not a documentary that explains, but a documentary that asks.”

He chose to use video for this project because he felt that the subject would be more engaging, than if he used photography. He also finds the medium more interesting to use for certain assignments because of how more variables need to synchronise to achieve one’s vision. For Linke, the joy of his work lies in the process and the challenges it presents. 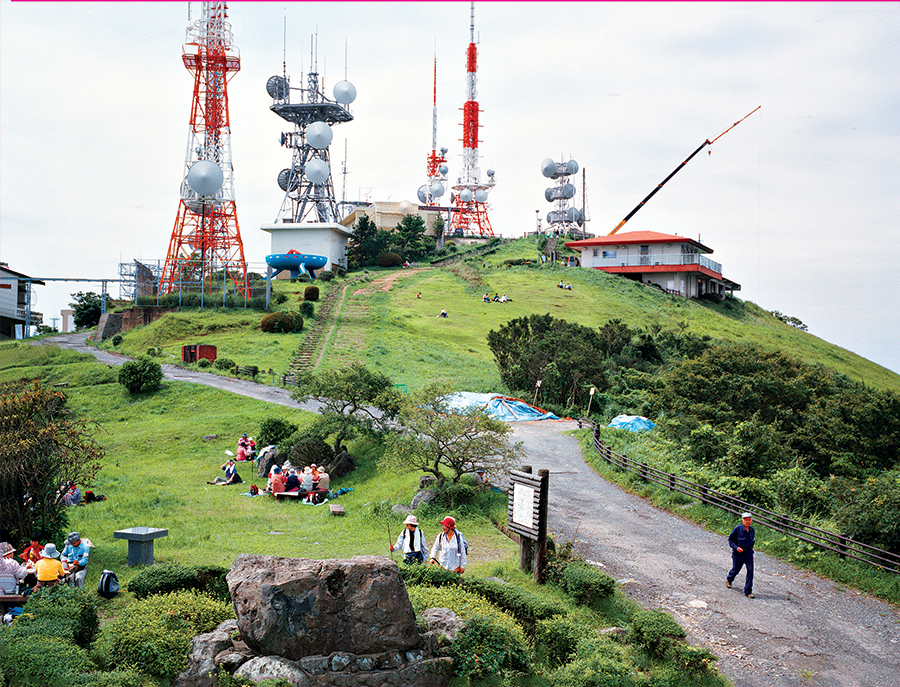 A Critical Mind
A question he asks himself when conceptualising a new project is, “Will this narrative be interesting twenty or thirty years from now?” Linke actively strives to produce artwork that he hopes will be a part of history, and will be of some service to the public in the future.

In 2017, he worked with Corrado Calvo, an Italian paparazzo, on a book of the latter’s extensive image archive, containing documentation of public spaces (like people on the beaches of Sardinia) spanning his career. When one speaks of ethics in photography, he says, paparazzis are considered to be at the lowest rung in the field.

However, in retrospect, Linke expects that people will see value in Calvo’s work. “It’s intriguing to think about how his photography could have a social impact on how we perceive a public space, and how we think of the representation of bodies and sexuality in our society. “Photography of this nature,” he says, “can be a mirror to understand our time.”

Collaborative Journeys
Since the 1990s, he has amassed an archive consisting of over 500,000 photographs. He is constantly on the lookout for places that are on the brink of historical transformation due to globalisation.

In his conversation with Dax, Linke provided insight into how he approaches each new subject when he’s traveling to unfamiliar locations, “…it is always very important for my images to have some kind of Virgil—Dante’s guide, who escorts us through Limbo and can explain the place as the locals see it. Without a Virgil, I would always be in danger of seeing what I see from the perspective of a tourist.”

Linke shuns the stereotype of the solitary artist by embracing the advantages of working in a group. He finds the process of bringing together people with different types of knowledge and expertise to be enriching. “While working in a group, I can always continue to learn. And I can also confront myself and hear the opinions of others, which helps me be more self-critical.”

“When you look at a picture, what you see is the final product. It is always the result of a negotiation in which the photographer enters a space—or a territory—that has been shaped culturally by people whom you might not meet. By extension, that cultural space is a part of someone’s identity. So, as a photographer, you need to be a diplomat of sorts and ensure that your process is not violating their identity.” 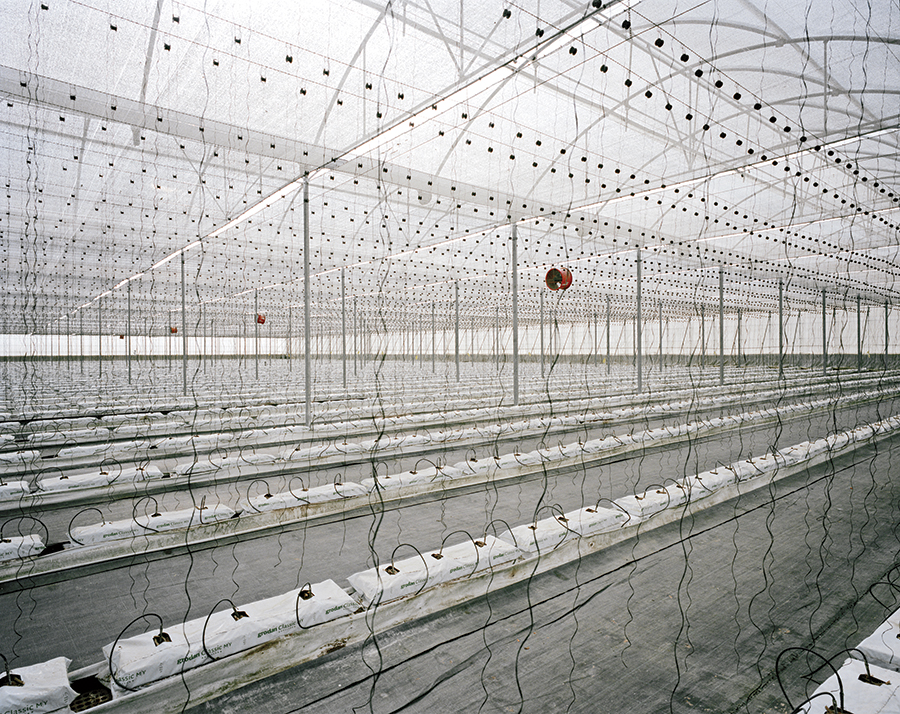 “My photography might help better localise some processes that are considered abstract in the economy or generally in the planning of infrastructure.”

Linke expects one to ask themselves certain questions, he considers, essential before approaching a new subject—how much are we allowed to intervene in this space with one’s own knowledge? Are we even allowed to introduce it into our work? What makes these questions even more essential to ponder over is the fact that they don’t apply to the photographic medium alone.

These thoughts extend to instances where people with a degree of privilege enter cultural spaces they don’t belong to, with the intention to document what they consider important. More often than not, the resulting work is a disservice to the people these words or pictures are meant to be about. But that aspect is often ignored, as the work is absorbed into mainstream narratives.

In Contemplation
Armin Linke speaks of photography as though it is a balm for those troubled by existence. There is little difference in the way his mind works when he’s not actively making pictures. Even if there isn’t a camera in his hand, his mind continues to photograph. One might wonder whether that is what influences the creation of images where people (if they are present at all) are dwarfed before the scale of the landscape being depicted.

“My photography attempts to examine the differences and similarities in how we comprehend the world through images. Comprehending the world increasingly involves understanding that, first and foremost, you need to comprehend what lies hidden beneath the surface—whether you’re looking at the surface of the ocean, or the exterior of a building inside of which decisions are being made that change the world.”

Armin Linke is a photographer and filmmaker who analyses the formation and layout of our natural, technological and urban environment. Through working with his own archive, as well as with other media archives, he challenges the conventions of photographic practice, and focuses on how photography is installed and displayed.

Armin Linke will be exhibiting his project, Assemblage, at the Chennai Photo Biennale, from 22 February-24 March.