Natasha Desai steps into the uncomplicated frames of Arjun Chhabra for whom the streets never cease to amaze. He often draws parallels between fantastical stories and his photos. Here, the seemingly endless cloth reminded him of Arachne, doomed to weave as a spider forever by Greek goddess Athena. Photograph/Arjun Chhabra

Photographing the streets of India can be daunting. We have explosions of colour and a flurry of people jostling, hustling, bustling and going about their day. This is often portrayed in a layered and complex photographic composition.

And then, there is the uncluttered simplicity of some photographs that offer a straightforward look at the streets, such as Arjun Chhabra’s images. They reveal themselves through the quieter, unguarded moments around us. In his frames, chaos takes a backseat and the subjects, form, and colour coexist in harmony. Even when on assignment, Arjun makes it a point to shoot with his phone for himself. Photograph/Arjun Chhabra

Striving to be Different
I wondered about how Arjun thinks he distinguishes himself in a space where the contenders are many. To which he said, “I believe that my vision is unique to me, just as anybody else’s is unique to them, and that’s what I offer,” evoking Elliot Erwitt’s words, “To me photography is an art of observation. It’s about finding something interesting in an ordinary place… I’ve found it has little to do with the things you see and everything to do with the way you see them.” Arjun also puts up long-term personal projects on his Instagram feed. Coal Pushers of Jharkhand is one such series. Photograph/Arjun Chhabra

With a penchant for walking around the streets of Old Delhi and his capacity for immeasurable patience, Arjun lies in wait for that fleeting moment, the one that almost goes unnoticed.

The Road to Photography
Curious about photography, he picked up the most accessible device at hand in 2011, his Nokia E72. As his interest grew, he enrolled himself into the photography course at the Sri Aurobindo Centre for Arts and Communication (SACAC). Here, he was introduced to photojournalism and documentary photography, and interacted with several senior practitioners who had a lasting impact on him. The need for patience in street photography cannot be overstated. For instance, the dog came and positioned itself just right as Arjun was shooting this scene, completing the circular shape that all his subjects were forming. Photograph/Arjun Chhabra

Through a class that Chandan Khanna conducted on Instagram and cellphone photography, Arjun discovered a whole new avenue to explore and experience the art form. Inspired and eager, he began taking his cellphone imagemaking seriously. 560 posts later, Arjun has amassed a considerable following on Instagram. While this can be a misunderstood as a marker of success, he never lost sight of the fact that one needs to be critical of oneself and constantly strive to improve. Arjun likes getting as close to his subjects as he can without disturbing them. At times he melts into the scene and often pretends to be a cheery tourist or just a guy on his phone. Photograph/Arjun Chhabra

Finding that Moment
“When I know something is about to happen, I stop and make myself a part of the scene, so that people forget I am there… I wait to get my shot right,” he says. This understanding when something might happen is as innate as it is an exercise in observation. Which calls to mind Arko Datta’s advice to Prashanth Vishwanathan, yet another inspiration to Arjun, “If you turn around and look at something twice, while walking on the street, know that there is a potential there for a photograph.” Over time, Arjun realised that your gear is only as important as what you’re seeing. For him one camera, one lens and one phone is enough. Photograph/Arjun Chhabra

Arjun’s images can be comfortably described as a slice of Indian life, with a pleasing balance in composition, form and colour. He shoots at least 150 images of a scene but remains critical of the final image. He has come a long way since his initial experiments with photography when he believed in the making of a ‘pretty’ picture. “It’s really all about the story. Even if the composition is not perfect, the moment itself has the potential to convey a powerful message or story.” All through his cellphone photography Arjun has been armed with a OnePlus device, reiterating photographer Chase Jarvis who said, “The best camera is the one that’s with you.” Photograph/Arjun Chhabra

Photojounalism is Alive and Kicking
Elsewhere in the world, veteran photojournalists have sounded the doomsday clang on photojournalism. Arjun, however, remains excitably optimistic. As someone who is still discovering his voice, he believes it is the perfect time to be a photographer in the country.

“The past, present and future intersect in such interesting ways in India, that there is always an opportunity to make a great photograph. That, coupled with the scope of cellphones are a stellar combination for photographers. A cellphone is instantaneous and allows discreet shooting which is important when you don’t want to disturb a scene and even more so as I’m six feet two inches tall and immediately conspicuous.” Since he began, Arjun has worked with square frames, as it was Instagram’s native format at the time. Despite the platform allowing other formats, Arjun has stuck to the square. Photograph/Arjun Chhabra

Finding one’s voice is a path riddled with uncertainties. Arjun however, recalls the advice he received from his friends and mentors. “Shoot. Shoot more and keep shooting. Don’t be afraid to make mistakes. It is also important to show your work to a close group of peers and seniors for objectivity. However, the best advice that I’ve received is to not be needy. You have to be sure of yourself, and not require constant validation for your imagery.” 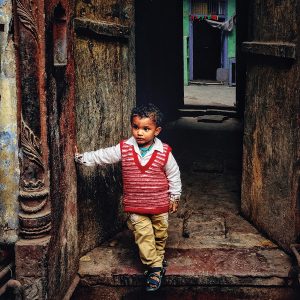 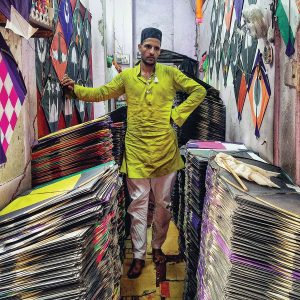 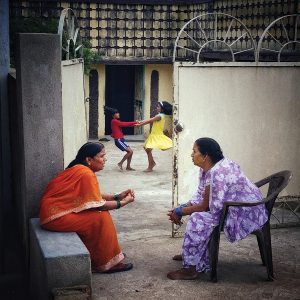 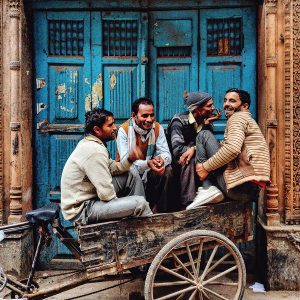 About Arjun Chhabra
He works as a CA in Ranchi, but his heart and soul lie in photography. He reads obsessively and his favourites range from The Fountainhead, The Divine Comedy to the Harry Potter series. You can find more of his work here.