Anie Castillo: The Colours in Her Thoughts “I create images that are filled with poetic and existential discourse. I want my images to be a mirror where you can see yourself in them.” Photograph/Anie Castillo

Natasha Desai speaks with Anie Castillo, as she explores the layers of her mind and creates surreal moments through photos.

When I was a teenager, I came across a mysterious and wryly funny book called The End of Mr. Y, by Scarlett Thomas. The story revolves around the protagonist Ariel Manto (an anagram of ‘I am not real’), who discovers a book by the same name, The End of Mr. Y, and through a series of events, finds a potion which allows her to use other people’s thoughts to travel through time and space in a fantastical, surreal world. This is a weird world filled with motifs, memories, objects that make no coherent sense, but hold a meaning to the people involved. This world was called the Troposphere and I relished being transported to it whenever I read the book.

Almost 11 years later, I had all but forgotten about the book. It lay in the recesses of my consciousness, flitting about, but, unable to grab my attention. But, when I stumbled upon the Instagram feed of Anie Castillo, it was almost like being jolted and transported back in time when I would visit Troposphere.

“I create images that are filled with poetic and existential discourse. I want my images to be a mirror where you can  see yourself in them.” “Through my photos, I show myself, the things I dream off, ordinary life… sometimes the sad and cruel, but wonderful world that surounds me.” Photograph/Anie Castillo

One of the most important surrealist writers, Andre Breton, said, “The imaginary is what tends to become real” when talking about this kind of imagery. In this same way, Anie Castilo’s images, are a way of expressing what she ‘sees’ when she dreams. Her images are juxtapositions and blends of several frames that come together, almost as though she is producing her thoughts in a tangible way.

“When I began to make surrealistic images, it was just for fun and a way to experiment with different kinds of apps in my phone. As I kept at it, and kept discovering myself, it transformed as a way for self-expression and I saw myself creating a certain visual style. ”

Looking Within and Without

With a degree in Psychology, Anie’s formal training often finds its way into her images. “Both disciplines of psychology and photography interact in a very special way for me. Photography works as a therapeutic, emotional catharsis with self-expression and introspection… eventually becoming a tool for self-discovery.”

When she lived in Tampico, Mexico, Anie had a very rich and warm visual culture around her. In a series of ongoing images called Blood Nature, Anie combined images from the streets that she made with her cellphone and with photos in the media, as her take on drug-related violence in the city. Recently, she moved to Finland, where she encountered a vastly different photographic environment, which she describes as “cold and white.” Changes like these affect everybody’s image-making style and as a result of her shift, she has been experimenting more with personal work and self-portraits, which she feels are more intimate and personal. Amongst others, Anie’s considers Richard Avedon as one of her key influences, who once said, “My portraits are more about me than they are about the people I photograph,” which is the core theme of her photography. Photographs/ Anie Castillo

“My photos say a lot about me in many ways. I am part of them and my presence reiterates it. I show myself as a character that interacts with the world I have created, which is my very own photographic world. Sometimes my life experiences are such that they become a part of this world.”

“As I talk to people, I gain an understanding of them. The insight into their thoughts and dreams inspires me to recreate them on my cellphone.”

Giving In to the Chaos of the Mind

One of the most famous surrealist painters and my personal favourite, Salvador Dalí said, “Surrealism is destructive, but it destroys only what it considers to be shackles limiting our vision.” With so many layers, objects placed together, surrealistic images such as Anie’s ultimately come down to what they evoke in us as individuals.

For me, The End of Mr. Y sheds some light on how thoughts mull around in our brains, “Sometimes I like to think I live with ghosts. Not from my past, but wispy bits of ideas and books that hang in the air like silk puppets. Sometimes I think I see my own ideas, floating around too…” This is exactly what I feel like when I view Anie’s images. They force you to examine each element and give in to the thoughts, dreams and emotions that each of us experience but are usually unable to express. “With creating images, patience is important, as sometimes it is a bit hard to transmit the emotion or our own personality to our photos. But, the key is practice. One needs to try all kind of things, from funny things to deep, but never stop trying.” Photographs/ Anie Castillo 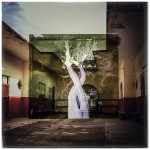 “I think that I am always looking for the light, it is such a wonder, I am always amazed at how light can surprise you and show up in beautiful ways.” Photograph/ Anie Castillo 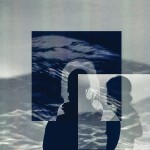 “The iPhone as a photography tool has become as almost like a mind translator for me. It changes my words into images, which I try to turn into endless interpretations” Photograph/ Anie Castillo 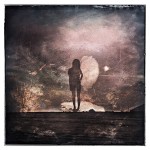 “Why I enjoy selfportraiture is because they are a reflection of my identity. I explore the time and space of an exact moment that I am living in, or a recreation of what is filling up my head at that time.” Photograph/ Anie Castillo 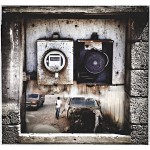 John Berger’s writings resonate with Anie, who describes him as “someone who speaks slow and calm, as if he were talking to a friend.”In one of her favourite books, Ways of Seeing, he says, “The relation between what we see and what we know is never settled. Each evening we see the sun set. We know that the earth is turning away from it. Yet the knowledge, the explanation, never quite fits the sight.” Photograph/ Anie Castillo 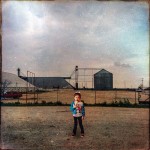 Amongst others, Anie’s considers Richard Avedon as one of her key influences, who once said, “My portraits are more about me than they are about the people I photograph,” which is the core theme of her photography. Photographs/ Anie Castillo