Every photograph tells the viewer a little something about the owner and the pet just by the way they pose. Photograph/Zachary Rose

Zachary Rose introduces Conchita Fernandes to dogs eating bananas and cats pretending to actually care, all this while balancing on their owner’s body!

Unusual as it sounds, Petheadz is the brainchild of photographer, Zachary Rose. These photographs are not your average looking pet images that you see flooding Facebook and Instagram. Just like its name, these photos come with a very quirky twist. But before we embark on this peculiar photo trip, there is just one more thing to do. Just forget about the adorable internet photographs and memes of felines and canines, that you have seen so far.

Conceptualising the Project
A project that began in February 2013, Petheadz was inspired by the idea of creating a photograph of the pet in the image of its owner. A characteristic trait of the series is that it is instantaneous. There is absolutely no planning beforehand. “I am not at all selective when it comes to choosing my subjects.” It is only after he has met them that Zach decides on how to create his unusual portraits. However, the project does have a easy yet tricky side to it.

Not as Simple
“I start by talking with the owner…” Then the pet’s head is shot using a DSLR and the camera containing the photo is aligned to the owner’s body. After that, it is just a matter of photographing the entire image using the cellphone! The idea behind the project itself is witty and easy, but do not be fooled. Try juggling a hefty DLSR on one hand while standing still at the same time and simultaneously, using the other hand to shoot the final photograph! Animals of course, can be quiet difficult to work with sometimes. There have been times where some would simply refuse to remain still. Photograph/Zachary Rose

The Photo Traveler
Moving on… if you scroll through Zach’s Instagram feed, you will almost immediately get the essence of who he is as a person. For starters, traveling is what got him started into photography. His images scream of a man who loves adventures. Together with his best friend, he has had many a road trips and eventually ended up shooting photos and videos of weddings.

The Best Camera
From a photography perspective, Zach’s images are a wonderful amalgamation of digital and cellphone photography. He believes that the best camera is the one that you always have with you. “I really appreciate the quality of cameras that are in smart phones these days. I really love using my phone to take quick and detailed photos that I can have completed, before I can grab my DSLR out of my bag and turn it on.”

The Present and the Future
Zach feels that the project has become a lesson on patience. What started out with a group of friends and their pets, slowly moved on to friends of friends. Now it has come to a point where he approaches strangers he meets on the streets as well as during ferry rides and ends up photographing them and their pets. When asked about the future of Petheadz, he replied, “As of right now I don’t know how long I will go on for, but I have no plans to end anytime soon!” In a way, Petheadz is a very rewarding project as it gives Zach the opportunity to meet and interact with a variety of people. Photograph/Zachary Rose

Fun Tricks to Try
If you are confused about tilted horizons and straight lines, do not fret! Go to your settings in your camera app and turn on the ‘Guidelines’ option. The grids will appear.

Professionally, he is the co-owner of Driftwood, an entity specialising in wedding photography and film-making. He spends a major part of his time travelling and enjoys reading books and late night bike rides. Coffee and beer are his go-to drinks! 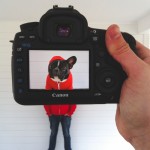 He plans to branch out and shoot other varieties of pets. But he specially mentions that dogs are the easiest to work with. Photography/Zachary Rose 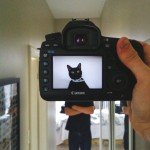 This particular picture is of Peter and Zach’s business partner, Jesse Korgemaa. He mentions that Peter is the smallest full grown cat that he knows of. Photograph/Zachary Rose