This article was published in October 2010.

Why it is my best shot
Can you imagine how difficult it is to find any empty space in Mumbai? In this photograph, it almost seems as though the dog owns this space, and that the only time he can claim it is when everybody else is asleep, at 4 am. This image is part of my personal project, entitled Bombay in Solitude—a process of rediscovering my native city Mumbai, after having spent six years away from it. It also is a story of my quest to find my personal space in this overcrowded metropolis, and explore its places of solitude, mostly visible during the midnight hours. This image conveys the core ideas of this body of work—space, solitude, life and reclamation.

Where and when I shot this image
In May 2009, in a subway under a flyover on the Jogeshwari-Andheri stretch of Western Express highway in Mumbai.

How I achieved it
I was driving through Andheri heading towards Thane. I had initially stopped to photograph the exteriors of this subway. As I ventured inside, a dog walked through the middle of this huge empty walkway. It was the perfect frame. I only had to wait for the dog to come to the right position.

The gear I used to get the shot
I used a Canon EOS 5D Mark II with a 17–40mm f/4 lens mounted on a Manfrotto tripod to make this shot.

About Ajay
Ajay is a freelance photographer based between Mumbai and Madrid. His work has appeared in various local and foreign publications and in international photography festivals. He was awarded the Toto Award for Photography 2010 for his work Bombay in Solitude. 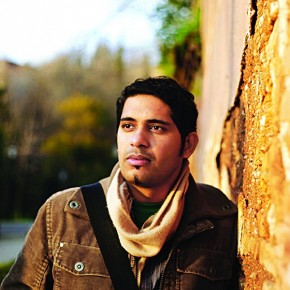 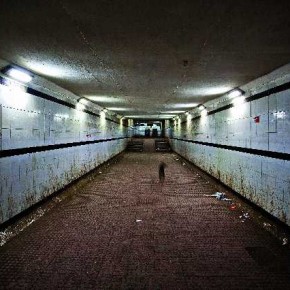