Roc is a self taught photographer. His primary Instagram account @stoptheroc was initially used as a platform for him to practise and experiment with his style of photography. Photograph/Roc Isern Roc Isern walks Conchita Fernandes through the streets of Barcelona, where he introduces her to its modern architecture.

Let’s perform a simple activity. Close your eyes and mentally place yourself in the six-yearold version of you. In my case, I remember the time walking into a store that sold all my favourite chocolates and candy. What I recall is the euphoric feeling of being surrounded by all my favourite things!

Roc Isern’s photographs will make you experience the same giddy feeling. The photos of patterned facades of buildings look like beautifully woven quilts, something that you will repeatedly want to look at.

The Accidental Discovery
I stumbled upon Roc’s account after Instagram featured one of his images in their Weekend Hashtag Projects called #WHPstraightfacades. The first thing that struck me was the crisp composition and the vivid colours. The patterns appeared as if someone took great pains in cutting out different shapes of coloured paper, and pasted them neatly to create symmetry.

Later when I contacted Roc, I wasn’t surprised to find out that he was an architect. Fortunately, the job allowed him to travel around the city of Barcelona, his hometown, where he made his Barcelona Facades.

“I have always loved straight facades. They are the most accessible and visible feature of any structure. This allowed me to begin my project.”

The Beginning of his Passion
“Ever since I was a kid, I have lived the world of photography in my house.” Out of curiosity I asked him what he meant by this, to which he responded, “My father was a professional photographer who was completely dedicated to the art. Growing up, I was fortunate to learn a lot from the work that he did.”

He recollects frequently visiting his dad’s studio and being immensely impressed with his photographs and camera gear. He also remembers how much he was drawn to his father’s darkroom and was intrigued by the whole process of developing film.

But this love only remained as a form of appreciation until he attained adolescence. Young, full of energy, and accompanied by his analogue camera, Roc set out to travel. It was during this time that he found out that he wanted to make beautiful photographs of the things around him. According to him, perfection is crucial when shooting architecture. You need to get your framing, lighting and composition right. Photograph/Roc Isern

Playing with Themes
Not only does Roc’s work comprise of simple and well composed architectural shots, it also showcases his talent for capturing minimalism. You see this theme recurring in several of his photographs—it could be in the form of a particular feature of a building being highlighted against the vast sky or an individual framed against the massive backdrop of a building.

At the same time, there is also a futuristic quality to his work. You can find this in images of buildings that he has digitally processed in order to give them colours that are different from their original ones. In the same way, he has also played with the colour of the sky and highlighted certain structural features in certain photos to ensure maximum impact.

With themes involving shape, form and symmetry running constantly through his work, I ask Roc about what is it that he looks for when photographing architecture? “My style of photography is evolving. In my early days of being on Instagram, I made pictures of buildings by mostly looking up. I would then edit them and add impossibly colorful skies to give the appearance of a futuristic city. Now, I like to showcase minimalism through patterns and symmetry.”

“When I first joined Instagram, I don’t think that I was really dominating this particular genre. It took time and practice to get to where I am today.”

The Transformation Process
To some, Roc’s digital postprocessing may appear challenging. But he dismisses these notions and explains the exact treatment most of his images go through.

“I usually start with the correction of perspective. Then, I move on to see if there are any problems with the frame. Finally, I crop the photograph, which I think is the most important aspect because of the square format of Instagram. I need to make sure that despite the crop, my picture retains the same punch as it did in its original aspect ratio.” Later, he deals with other usual parameters such as brightness, contrast, exposure and saturation, amongst others. When asked about his preference between black and white or colour photographs, he mentions that he currently prefers to use colour, but does not completely rule out the usage of black and white in his images. Photograph/Roc Isern

The Importance of Having a Vision
Some may argue that it is easier to make pictures like Roc’s if you’re living in a city with beautiful structures. But I refuse to accept this claim because it not only takes initiative and effort but also a keen eye to transform everyday objects into surreal-looking ones.

Like most photographers, Roc too is constantly striving to make something original. To some it might sound daunting, but for Roc it is an opportunity to walk around his city and discover gems that he was previously oblivious to.

“If you are ever visiting Barcelona, and are interested in beautiful architecture, I would recommend that you visit the Auditorium Park and the Innovation District. You are sure to be greeted with a stunning visual of the buildings and the area around.”

Do you want to shoot similar photographs of architecture?

• Focus on One Aspect: One of the problems in shooting architecture is the inability to include several features of the building in one frame. This is okay. You should, in fact, focus on one important aspect and make your picture all about it.
• Go Further: After a point, photos of just walls and pillars will get boring. But there is a solution. After framing the shot, wait patiently for something to appear in front of the facade, and that is your answer to a much more interesting picture.
• Be Sensitive to Light: It plays a crucial role in architecture photography. Pay attention to the direction of light, as it can make all the difference in how you want to portray the structure.

About Roc Isern
He is currently working as an architect in Barcelona, Spain. Even with a following of over 33,000 people on Instagram, he still considers himself an amateur and is constantly in the process of learning. He feels that Instagram has allowed him to combine his two favourite passions— photography, along with architecture and design. He loves anything to do with technology and gadgets and even calls himself a geek.

This article originally appeared in the February 2015 issue of Better Photography. 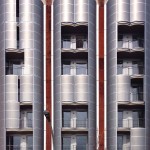 Roc also believes that the lesser time you spend processing your pictures, the better results you achieve. He uses the same mantra for his work as well. Photograph/Roc Isern 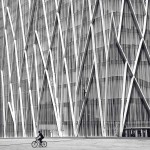 His photographs have a tendency to surprise viewers with unique viewpoints and perspectives that most did not know existed. Photograph/Roc Isern 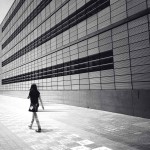 Roc likes to show the scale of the structures in his photographs by including human figures. Photograph/Roc Isern 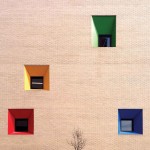 He uses an iPhone 5 to shoot his photos. Later he edits it on an iPad using a stylus. He uses the device because of its screen size which allows comfort and more precision. Alternatively, he also makes use of various apps to edit his pictures. Photograph/Roc Isern