“Today, the series, no longer depicts a hallowed space for the gods and the departed, but a space to cherish the living…” -Rajtilak Naik

Indian homes often have portraits of deceased loved ones adorning the walls next to the deities on the altars. Gradually, these alters have metamorphosed into memory walls. National Award-winning photojournalist, Rajtilak Naik travelled across the length of Goa photographing these traditional walls. In his project, Remembrance Walls, he has captured the shared spaces, between the memory of loved ones and portraits of the living too.

It was during a photowalk in the scorching heat of May 2016, when Naik began visiting several houses, institutions and commercial establishments, while looking at the entire spectrum of the society in Goa. This was a result of several brainstorming sessions with Prashant Panjiar, an eminent photographer and curator of Naik’s exhibit, In Memory Of, at the Serendipity Arts Festival 2016. “The idea was always there in my subconscious mind. The thought of memories, living and dead has always haunted me. It was about time I did something about it,” he says. What started out as a daily exercise, gradually turned into a series of honest and intimate pictures. After spending six months shooting extensively, Naik developed a strong attachment with the project. 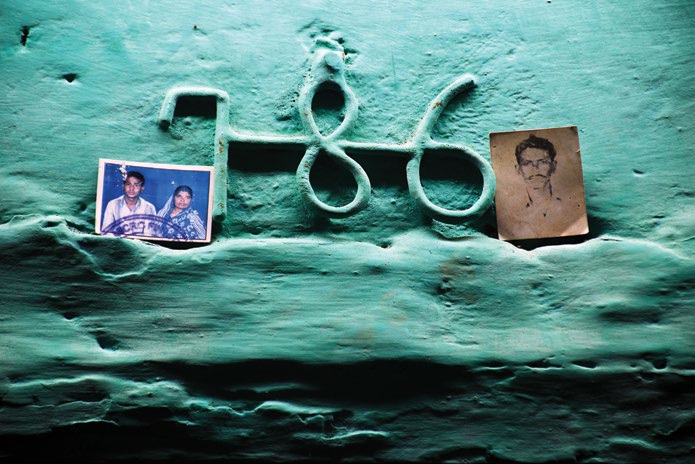 During the course of the project, he realised how every individual has imparted his own identity to these inanimate walls, in their own unique way.

He was surprised by the love and support showered on him by the families he visited. They accepted his presence in their homes, and were equally excited about the project. More than Naik, they understood the importance of their remembrance walls, a tradition that is not restricted to an orthodox Goan household anymore. “It made me realise that these sacred walls bring everyone together, irrespective of their religion or social and economic status.”